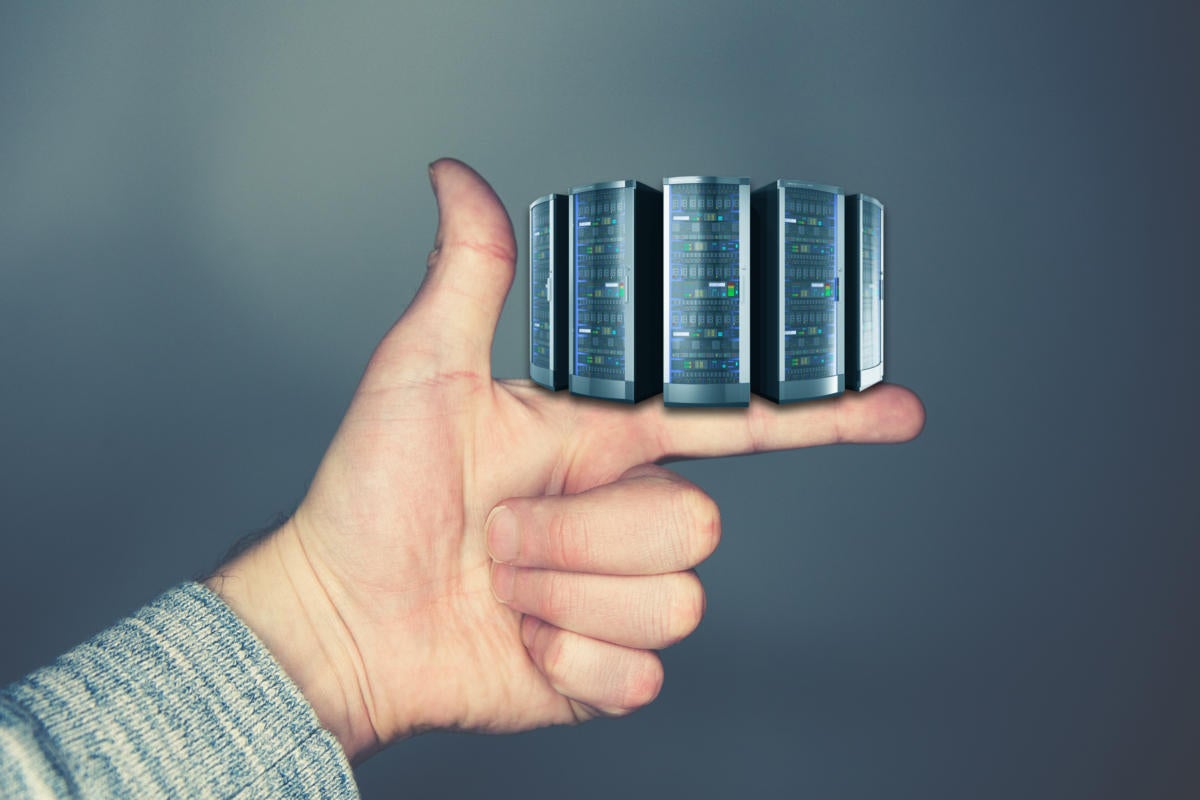 Data-hungry technology trends such as IoT, smart vehicles, drone deliveries, smart cities and Industry 4.0 are increasing the demand for fast, always-on edge computing. One solution that has emerged to bring the network closer to the applications generating and end users consuming that data is the micro data center.

The micro data center sector is a new space filled with more noise than signal. If you go hunting for a micro data center for your business you’ll find everything from suitcase-sized computing stacks that replace a server closet to modular enclosures delivered by semi-trucks to larger units that reside at the foot of cell towers to dedicated edge data centers with standardized designs that can spring up wherever there’s demand and where real estate or access rights are available, including easements, rooftops and industrial sites.

What they do: Provide liquid-cooled immersed computing solutions.

Based on the concept of total liquid cooling, which immerses electronic equipment in a

dielectric liquid, Asperitas’ liquid-cooled computing gear is able to recapture all of the heat generated and reuse it.

Why they’re a hot startup to watch: Asperitas has won grants including one from Shell Ventures and one from the EU Executive Agency for small and medium enterprises.

What they do: Provide hyperconverged infrastructure, micro cloud, and micro-data-center services.

It is built around an edge platform for streaming big data called FabricXpress developed by X-IO Storage whose management team founded Axiello.

Competitors include: Stulz and Zellabox

Why they’re a hot startup to watch: Axellio has a strong leadership team, including Miller, who was a co-founder as well as CTO of Storage Networks, and CRO Mark Zeller, who has sales experience at Varonis, EMC and IBM.

The startup’s contract with the USAF is to develop an ultra-portable edge-computing platform for military applications.

What they do: Provide cloud, SaaS, colocation and edge data-center modules.

Compass entered the edge data-center market in 2018 through its acquisitions of two startups: EdgePoint Systems, which developed edge data centers; and BitBox USA, which provided monitoring and control software for edge facilities.

Compass EdgePoint data centers have a 12-rack capacity and are housed in a hardened shell. They can be located in constrained environments such as easements and rooftops, and they can be remotely monitored and controlled through BitBox software.

Why they’re a hot startup to watch: In addition to its current funding, Compass’s investors have recently committed to a $3-billion build-out that will feature data centers in mid-tier markets, hyperscale data centers and a growing footprint of edge data centers.

The startup already has a successful data center and colocation business, with such customers as CenturyLink and TierPoint. The acquisitions of EdgePoint Systems and BitBox USA are a natural fit with its existing footprint of data centers in mid-tier cities with thriving tech sectors, such as Columbus, Dallas and Northern Virginia.

What they do: DartPoints builds micro and edge data centers that are designed to function together as one logical data center. DartPoints’ proprietary Service Orchestration Platform not only joins micro data centers into one virtual, holistic data center, but it also grants end users access to a range of edge services, from edge collocation to connectivity to bare-metal solutions. The platform is designed to scale on demand, and it integrates with existing business processes to unify operations from the field to the back office.

Customers include: None named.

Why they’re a hot startup to watch: DataPoints entered the micro-data-center space early and has gained industry traction by inking technology and channel deals with the likes of ADVA and Schneider Electric.

DataPoints and Schneider Electric deliver an edge colocation services. The two companies are building out micro data centers that are built in 100kW chunks in order to closely match capacity with actual demand.

In April 2019, DataPoints announced a nationwide roll-out plan and said it had achieved positive cash flow.

What they do: Provide data-center and connectivity solutions for the edge.

EdgeConneX has deployed more than 40 edge data centers throughout North America, South America and Europe. These data centers are purpose-built for service-provider customers to deliver content, provide cloud services and offer SaaS in locations that are underserved by traditional data-center giants.

It also offers what it calls “MicroEdge” data centers. These enable enterprises to roll out emerging technologies like IoT, smart city and autonomous-vehicle services in close proximity to end users. The startup’s EdgeOS software is a self-service management application that gives customers visibility into data-center operations across all EdgeConneX facilities.

Why they’re a hot startup to watch: EdgeConneX is a pioneer in this very new data-center subsector.

It started out as an IaaS provider and has evolved into a data-center provider that offers hyperscale, edge and micro data centers. EdgeConneX is backed by $122 million in funding, has an edge footprint of more than 40 data centers, and it has aggressively built out channel partnerships with the likes of Rackspace, Comcast Business, NetFoundry and Tata Communications.

What they do: Provide micro-data-center technologies and services.

EdgeMicro’s micro data centers – “Edge Colocation Data Centers” – are complete modular data centers that include an IT computing stack, redundant cooling, fire suppression, biometric security and CCTV surveillance that can be deployed at any fiber-aggregation site.

EdgeMicro also offers colocation services from its edge data centers, the first of which was built in Denver. EdgeMicro has initiated the rollout of 30 more micro data centers, which are planned for tier-two sites across the U.S., including Buffalo, Cleveland, El Paso, New Orleans and Kansas City.

Customers include: None announced.

Why they’re a hot startup to watch: After successfully launching its first micro data center in Denver, the startup recently announced that it has three more micro data centers up and running in new regional markets, Austin, Texas, Raleigh, N.C. and Tampa, Fla.

Versus competitors who are targeting any and all underserved areas and harsh environments, EdgeMicro has a focused roll-out planned. It intends to deploy its pre-built micro data centers at cell tower sites across the country. EdgeMicro has set a goal of building 500 facilities over the next three years.

EdgeMicro has a strong leadership team, starting at the top with CEO Mike Hagan who launched Schneider Electric’s colocation and cloud division, building it to a $500-million division. Other senior leaders gained management and industry experience at Schneider Electric, CBRE, CenturyLink and AT&T.

CEO: Craig Huffman and Vance Kenney co-founded the company and are running it as managing partners. Huffman was a co-founder and principal of Ascendance Partners, while Kenney founded 504 Redevelopment.

What they do: Provide cloud, colocation, data-center and micro-data-center solutions.

The startup intends to use software-defined networking to connect micro data centers to its NOC and link them together into a nationwide grid.

Why they’re a hot startup to watch: While MetroEdge has only just arrived on the micro-data-center scene, the startup has already named three customers.

In March 2019, MetroEdge entered into a partnership with ClearSky Data to deliver storage-as-a-service from micro data centers. The service will provide primary storage, backup and DR as a unified service.

MetroEdge also has a unique business model, targeting underserved urban areas. As a Minority Business Enterprise, MetroEdge will prioritize areas that have been designated for Opportunity Track investments as defined by the 2017 Tax Act.

What they do: Provide colocation, cloud, and micro data center products and services. In March 2019, ScaleMatrix acquired the startup Instant Data Centers (terms not disclosed) to bolster their micro data center offerings.

CEO Chris Orlando’s still has a stake in the other company he co-founded, DCC, which provides what it calls “Dynamic Density Control” cabinets that is well suited for micro data centers. DDC cabinets support up to 52 kW of electrical power, feature a ruggedized enclosure with biometric security and are designed to reduce cooling costs.

With the addition of Instant Data Centers, ScaleMatrix has broadened its edge portfolio and is able to target edge use cases where traditional data-center resources are scares.

ScaleMatrix also received a big boost for its cloud business when Dell announced that it would stop offering VMware vCloud IaaS services and would offload customers to ScaleMatrix, Joyent and ZeroLag.

Funding: Vapor IO has raised three rounds of funding, the most recent being a Series C that closed in September 2018. Terms of the funding have not been disclosed.

CEO: Cole Crawford, who is also on the LF Edge Governing Board of the Linux Foundation

This architecture enables customers in target markets (carriers, cloud providers, CDNs, and web-scale enterprises) to place IT equipment (compute, storage, and networking) in Kinetic Edge locations that are one hop away from the existing 4G LTE and emerging 5G wireless networks.

Customers include: None announced

Why they’re a hot startup to watch: Vapor IO has a smart roll-out plan, which focuses on locating edge data centers at cell towers. The startup has recently added to its senior leadership team, including Jacques Greyling, former SVP of global infrastructure for Rackspace and who will serve as COO for Vapor IO.

While Vapor IO has yet to announce customers, they have touted partnerships including with drone company Hangar to develop Robotics-as-a-System services; cloud provider Packet to deliver 5G-as-a-Service; and cell-tower operators Crown Castle to deploy a distributed network of micro data centers at the base of telecom towers.

CEO: Angie Keeler, who was an injury-management advisor before getting into the data center market

What they do: Provide micro data centers.

The Zellabox DCIM (Data Center Infrastructure Management) software monitors power and environmental conditions within the Zellabox. It helps mitigate the risk of downtime by offering real-time alerts, while also helping to conserve energy by allowing the Zellabox owner to charge back for true energy costs and pursue energy-efficiency initiatives.

Zellaboxes are designed to withstand severe environments, engineered to be resilient against extreme heat and humidity, fire and, in certain configurations, even the collapse of a building.

Zellaboxes include proprietary Edge Intelligence software that provides access to edge data stores so data can be analyzed in near real-time close to the source of the devices generating the data.

Competitors include: Axellio and Stulz

Customers include: BHP, Shadowsafe and Petroecuador

Why they’re a hot startup to watch: Zellabox started out with a vision of developing a modular replacement to dedicated server rooms. Since its founding, the startup has expanded into the United Kingdom and landed several named customers, including Petroecuador and Shadowsafe.

This story, “10 hot micro-data-center startups to watch” was originally published by