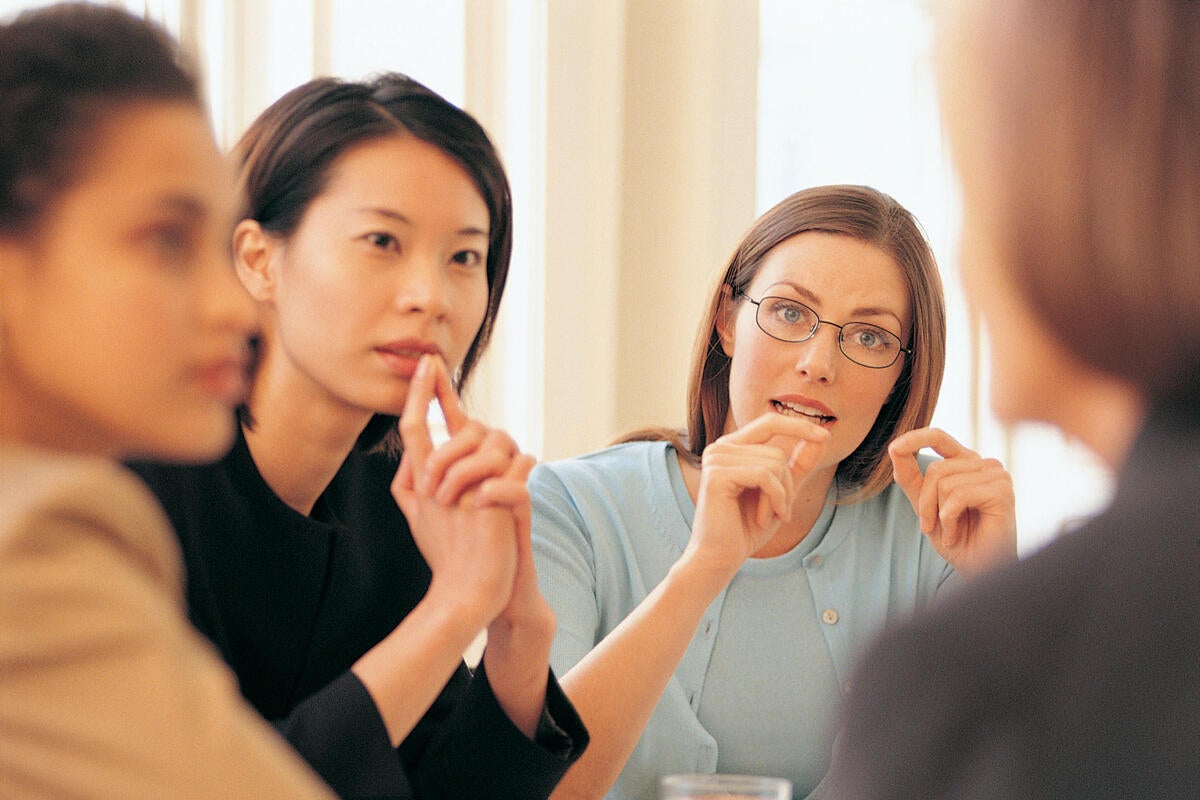 Despite national conversations about a lack of women in tech, women remain largely underrepresented in STEM roles, according to a study by the National Science Foundation. And the pipeline doesn’t suggest a near-term correction, as only 19 percent of computer science degrees were awarded to women in 2016, down from 27 percent in 1997. Women also typically make less than their male counterparts in science, engineering, mathematics, and computer science occupations — with an average median salary of $66,000 per year, versus $90,000 for men.

Such issues have played a large role in the rise of organizations focused on empowering and supporting women in tech roles. Today’s networking and advocacy landscape finds a growing array of programs and organizations for girls, women and anyone who identifies as a woman — and plenty are also open to male allies. Here are 15 key organizations dedicated to uplifting women in tech, pushing inclusivity in the workplace and closing the diversity gap.

Ada’s List is an email-based group that is open to anyone who identifies as a woman and works in science, technology, engineering or mathematics. It’s a space where women can feel open to talk about professional topics, share job opportunities, share conferences and events, connect with other talented women or find a mentor. While the majority of the group exists online, you can attend an annual conference in London to meet with other Ada’s List members in person.

Kimberly Bryant founded Black Girls Code in part because she felt culturally isolated in her electrical engineering and computer programming courses in college. While women are underrepresented in STEM fields, that’s even more true for women of color working in the industry. Black Girls Code is an organization that aims to support young and pre-teen girls of color to help give them the resources they need to succeed in STEM fields.

Change Catalyst is an organization focused on diversity in tech for women and minorities — it was developed in a direct response to Silicon Valley tech industry diversity numbers released in 2014. Change Catalyst “builds inclusive tech ecosystems through strategic advising, startup programs and resources, and a series of events around the globe,” according to the organization’s website.

Girl Develop It offers web and software development courses at affordable rates in a “judgement-free zone.” The nonprofit organization offers hands-on programs that teach women professional skills for software development and supports a diverse network of women in STEM. Girl Develop It has charters in 60 cities across the country, but if you can’t find one in your area you can submit a request for a new chapter where you live.

Girls in Tech is a nonprofit organization that aims to stop gender inequality in the tech industry by empowering women through coding courses, bootcamps and hackathons for girls and women of all ages and professions. The mission is to “support women with the access and community they need to succeed in tech.” The organization started in San Francisco in 2007 and has since grown to include over 62,000 members in 33 countries. Events and programs vary by chapter and are designed to suit the specific needs of each community.

Girls Who Code is an organization dedicated to closing the gender gap in tech and redefining what it means to be a programmer. It includes after-school clubs, summer courses and programs and career advice and networking support for college students. According to data from Girls Who Code, 66 percent of girls aged six to 12 are interested in computing programs, but that drops to 32 percent for girls aged 13 to 17 and down to just 4 percent for college freshmen. The organization focuses in keeping girls and young women engaged in STEM fields as they grow by giving them support and a community.

Formerly Ladies Who Code, the League of Women Coders is a “grassroots collective” for coders, hackers and anyone interesting in learning more about programming. The group meets monthly to work on projects, catch up, ask questions and share ideas about the industry. The next two meetups are planned for New York City and Washington, D.C. Meetings are open to anyone who identifies as a woman and they typically include refreshments, food and the occasional speaker.

Formerly Women in Wireless, mBolden aims to lift women’s voices in the mobile, digital marketing and online industries and to give women more visibility. The organization offers training programs, events, content, speakers and its MADWoman Podcast to members. There are currently 10 chapters across the U.S. and worldwide, each with its own events, meetups, training programs and speaker events.

Project Include believes that corporate diversity and inclusion strategies should include the following three values: inclusion, comprehensiveness and accountability. The nonprofit organization argues that inclusion is “easier in the long-term and intrinsically more equitable,” especially for underrepresented groups. Project Include offers extensive diversity and inclusion recommendations for companies as well as case studies to help companies understand and navigate several diversity topics.

She++ is a nonprofit organization that works to break down negative stereotypes of STEM careers. She++ offers a fellowship program for high school students that provides resources for students to host hackathons, create clubs and develop workshops in their communities. The organization’s College Ambassadors Program helps individuals around the world implement she++ programming in their community. You can also watch short documentaries from the organization that highlight diversity in computer science fields.

TechWomen is an initiative of the U.S. Department of State’s Bureau of Educational and Cultural Affairs — the global organization brings together women in STEM fields from Africa, Central and South Asia and the Middle East with those working in Silicon Valley and San Francisco to build a stronger network in the industry. To join the organization, you’ll need at least two years of professional experience working in a STEM field with a bachelor’s degree or equivalent. It works as a mentorship and exchange program, bringing women over from other countries to the U.S. to “engage in project-based mentorships at leading companies” in the San Francisco Bay Area.

The National Center for Women & Information Technology (NCWIT) is a nonprofit community that aims to “increase the influence and meaningful participation of all girls and women — at the intersections of race, ethnicity, class, age, sexual orientation and disability status” in the tech industry. NCWIT was chartered by the National Science Foundation in 2004 and was one of the first organizations to focus on women’s participation in computing fields. You can join NCWIT through an academic or affinity alliance, which are for post-secondary candidates.

Women 2.0 is a for-profit media and tech company that creates and delivers content, programming, products and services designed to bring awareness to gender equality and inclusion in the tech industry. Women 2.0 works with companies — mainly female-founded and early-stage companies — to help them establish hiring practices that encourage a diverse and inclusive workplace.

Women in Technology International (WITI) was founded in 1989 as the International Network of Women in Technology and was later rebranded in 2001. WITI is a global organization that connects over two million women in STEM with membership in the U.S., Hong Kong, Great Britain, Australia and Mexico. WITI organizes events, meetups, career coaching, speaker events and more across the U.S. and around the world. The organization is dedicated to empowering innovation and building a future of inclusivity in the workplace.

Women Who Code focuses on empowering women in tech and redefining the industry so that women are equally represented at leaders, executives, founders, VCs, board members and software engineers. The focus is on empowering women with the coding and programming skills they need to advance in their careers, educating companies on how to promote, retain and hire women and establishing a global community of mentorship and support for women engineers.

This story, “16 organizations for women in tech” was originally published by