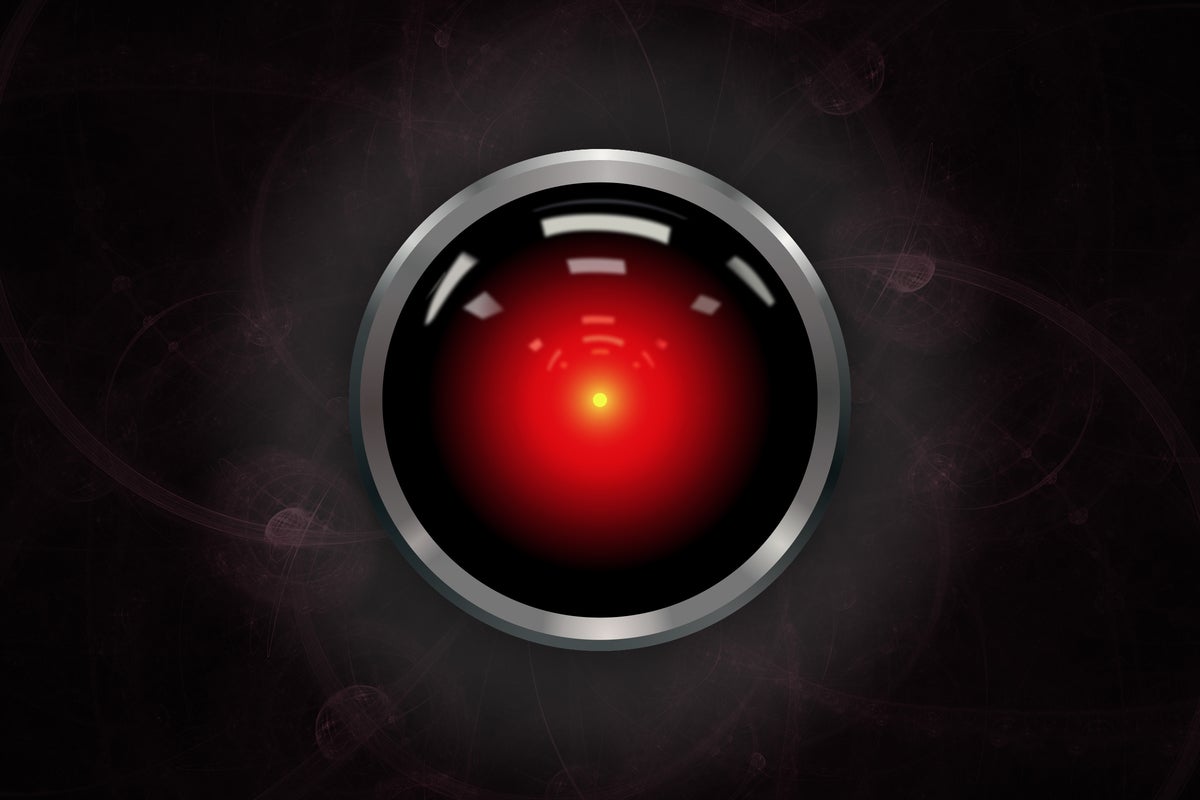 Computer sentience has been fodder for Hollywood for decades. Usually it’s for the bad, whether it’s HAL in “2001: A Space Odyssey” or the T-800 in “Terminator.” Occasionally it’s been thoughtful, like Project 2501 in “Ghost in the Shell.” Whatever the plot, few themes elicit such fear and loathing as the robot armies and superintelligent computers we get from movies and TV.

The rise of artificial intelligence and machine learning over the last few years has not helped, and even people who should know better are giving in to fear. The fact is, much of the fear around AI comes from overactive imaginations that machines will mimic our own bad behavior.

Skynet aside, there are some rational questions and answers to be had. So let’s break down the myths and realities around AI and all of its offshoots, like machine learning and deep learning.

Myth: AI is going to take away jobs.
Reality: Mostly AI will change existing jobs and create new ones.

This is the single greatest fear, and it is legitimate. AI is being used to automate many boring, repetitive functions in areas as diverse as customer service, data center management, and radiology. Does that mean server admins are out of a job? No, it means they are free to work on more challenging tasks.

Some industries might be impacted and some workers may be displaced, but that has happened constantly and regularly. The industrial revolution of the late 1800s caused massive displacement. The car put the horse and buggy industry out of business. Early telephone calls could not be done without an operator, and AT&T had armies of them.

“What will happen to people whose jobs are replaced by AI? They move on to other jobs. We’ve done that through all of human history. That’s nothing new,” said David McCall, vice president of innovation for data center operator QTS.

“Based on all the work we’re doing with large companies, we’re seeing a displacement of lower level knowledge workers,” said Anthony DeLima, head of digital transformation and U.S. operations for Neoris, a digital business transformation accelerator.

“AI is automating a number of tasks done by knowledge workers, operates 24/7 at a higher level of accuracy, and also provides insights and forward looking views where the customers or market are going,” DeLima says. “So the prediction level of AI is in some cases exceeding what people can do.”

[ Also on InfoWorld: The 6 best programming languages for AI development ]

Myth: AI is smarter than people.
Reality: AI is as smart as you program it.

“We project onto AI what we would do,” said McCall. “I think the smartest engine on earth is the human brain and we’re not going to build a smarter AI than the human brain. AI isn’t sentient, it isn’t conscious, and I don’t think it will get smarter than us.”

There is no artificial intelligence without people; the people who create the algorithms and information that make up AI. We build it, teach it, and give it the tools to make certain decisions on our behalf, notes McCall.

“Narrowly, AI can be used in some circles to make decisions faster than humans. That doesn’t mean the decisions are always right or thoughtful or always the right outcome,” McCall said. “Is AI socially aware? How do you teach AI to read the room?” Some decisions can only be made by humans.

Myth: AIOps is predominantly based on event management and correlation.
Reality: Maybe at first but it is evolving.

“The initial wave of AIOps did revolve our event management systems to perform noise reduction based on correlating alerts, like grouping of similar alerts,” said Ciaran Byrne, vice president of product strategy for OpsRamp, developer of AIOps software. This was a significant step forward, given that noise has long hindered the usability of event management systems.

But even greater benefits are on the horizon. “The next wave has broadened to other areas of IT Operations such as automation and monitoring/observability,” Byrne said. “Use cases would include intelligent routing of tickets or automation based on learned patterns.”

QTS predicts that over the next decade, there is no organization, industry, or business segment that is going to completely avoid being touched by AI. It is a risky proposition not to have an AI plan because your competition certainly will — and they will be able to respond to market changes much quicker.

Jay Marwaha, CEO at SYNTASA, developer of behavioral analytics software for customer interactions and behavioral data, agrees. “The customers we deal with feel that AI is the next big thing companies must adopt and grow their top line immediately or reduce their bottom line,” he said.

How much of an impact AI has depends on how those companies use AI, Marwaha added, and those that use AI to full effect do very well. “Many companies don’t understand the whole picture going into this. They see the buzzwords, hear other companies taking advantage of it,” he said. “The returns are not always that much, but in some cases, the returns are huge.”

Today, radiologists are experts in the evaluation of X-rays, MRIs, CAT scans, and other medical imagery. One of the major efforts of AI is teaching image classifiers to recognize abnormalities like tumors. AI has the ability to scan millions of images to learn to interpret scans faster and more thoroughly than any human could ever achieve.

However, a doctor or radiologist will still have the final call in determining a diagnosis. It’s just that a diagnosis may come in minutes instead of days or weeks.

Myth: I have no idea what the AI is doing and if I can trust it.
Reality: AI is much more transparent now.

Early on, AIOps was perceived as being a “black box,” i.e. a mysterious system that generated output without providing insights into what the underlying algorithm did and why. However, over time we are seeing these solutions mature, and more “white box” approaches that are gaining trust and adoption.

“While some systems don’t provide transparency, increasingly software vendors and AI systems are providing more visibility into why they did what they did,” said OpsRamp’s Byrne. “The tricky thing is to provide appropriate transparency, to not overwhelm the user, to gain their trust and understanding,” he said.

Myth: I need a data lake to train my AI.
Reality: Drain the swamp.

“What the world is working on now is how do I structure and organize data to mine it and how do I build historical algorithms and paradigms,” McCall said. “A little unstructured data is okay but when we open floodgates on data points, you absolutely have to have a data lake with the ability to organize and structure it later.”

Myth: Modeling determines outcome.
Reality: You can’t be certain of that.

All AI initiatives begin as test projects. You may get excellent results during the testing phase, but find that your model is far less accurate when you deploy it into production. That’s because AI and machine learning models must be trained on data, and that training data must be representative of the real data, or results will suffer.

Note too that the training of your AI model is never complete. As soon as you put your model to use in the real world, its accuracy will begin to degrade. The speed of decline will depend on how fast the real world data changes (and customer preferences can change quickly), but sooner or later your model will have to be retrained with new data that represents the new state of the world.

“It’s a delicate task of defining your training data set. Your training data has to be the same as your production data,” said Marwaha. “That is the key to making your programs successful.” It’s a key you will need to turn to again and again throughout the lifetime of your AI model.

This story, “8 misleading AI myths — and the realities behind them” was originally published by