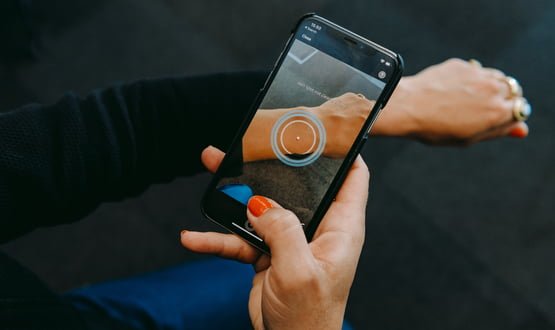 An app designed for the early detection of skin cancer has been found to have a 95.1% sensitivity in detecting the most common forms of the disease – “well above” that of a GP, according to researchers.

An international group of researchers working with Erasmus University Medical Center (Erasmus MC) in the Netherlands determined that SkinVision could be “a valuable tool for early skin cancer detection.”

SkinVision allows users to take photographs of skin lesions and uses a machine learning network to determine the risk of both melanoma and non-melanoma cancers.

The research published in the Journal of the European Academy of Dermatology and Venereology (JEADV) evaluated the accuracy of the application for triaging skin lesions and found the algorithm to have a high sensitivity in detecting the disease.

In addition to having a sensitivity “well above” that of a GP – which hovers around 60% according to SkinVision – the researchers determined the app to have a 78% specificity in its ability to identify those without the disease.

Tiago M.C.D. Marques, postdoctoral researcher at Erasmus M and one of the study’s authors, said: “The field of mHealth apps for the risk assessment of skin cancer is undergoing rapid evolution.

“It is clear from this and other recent studies based on clinical images that the application of machine learning in large image databases leads to a high sensitivity to distinguish between malignant and benign skin cancer cases.”

The specificity was calculated on a separate set from the user base, which contained 6,000 clinically-validated cases.

Andreea Udrea, a Ph.D. researcher at SkinVision, associate professor at University Politehnica of Bucharest and the lead author of the study, said: “Providing the layperson with a highly sensitive, robust and easy-to-use method to check skin lesions for cancer has been the SkinVision research team’s goal for the past seven years.

“I’m confident to say that SkinVision users benefit from the latest technological advancements that have been incorporated in a rigorous and clinically tested mHealth app.”

Erasmus MC is currently preparing a prospective study for further clinical validation of the SkinVision app’s specificity in the coming months.

SkinVision is headquartered in Amsterdam and is part of the NHS Innovation Accelerator in England.

Earlier in September, the company was inducted into the Digital Health.London accelerator programme.