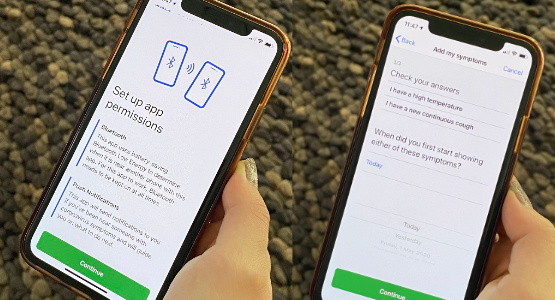 A survey carried out by BCS, The Chartered Institute for IT, has revealed less than one quarter of its members think the NHS contact-tracing app will be effective on containing Covid-19.

The NHS is currently piloting the contact-tracing app on the Isle of Wight, with a national roll-out expected at the beginning of June.

BCS surveyed 1,716 of its members about the technology between 11 and 15 May.

Of which, 24% said they believed the app will contribute to curbing the virus, with 32% feeling it will make no contribution and 45% undecided.

Just over half of professionals (51%) said the government should switch to the decentralised Google-Apple API model of storing records. Only 23% favour the planned centralised model designed into the app currently, and most of the rest had no opinion.

When asked whether they would be downloading the app for themselves, just under half (42%) said they would, with 36% saying they would not install it and 21% undecided.

Bill Mitchell director of policy at BCS, The Chartered Institute for IT said: “BCS is clear that if done ethically and competently a tracing app can make a huge contribution to stopping the spread of Covid-19; but a majority of our members don’t believe the current model will work and are worried about the reliance on a centralised database.

“Yet despite their doubts 42% would still install the app and 21% are undecided. It feels like there is a lot of goodwill out there to give a tracing app a chance – if it can be shown to work.  That means if these concerns are fully addressed then maybe over 60% of the population will install a high quality app. That’s the magic adoption figure we need for the app to have real impact on stopping COVID-19.

“The government will need to work hard to convince people that ‘ethical by design, correct by design, and privacy by default’ values are baked into the app to get the download numbers it is aiming for.”

Digital Health News also ran a poll on the contact-tracing app, with just under three quarters (74%) saying the the NHS is being transparent enough regarding data and privacy.