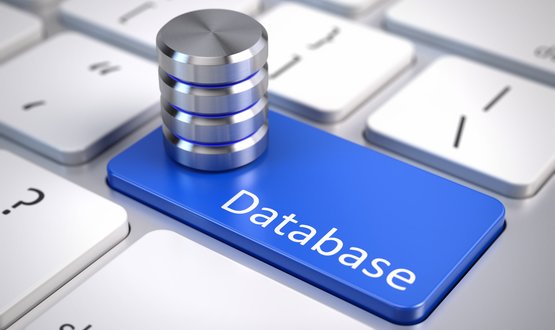 Calls for a single database of information about consultants were reignited following the inquiry into rogue surgeon Ian Paterson.

The inquiry accused the NHS and private healthcare sector of “wilful blindness” to Paterson’s “aberrant clinical practice” which saw him perform unnecessary and damaging operations on hundreds of breast cancer patients.

The report concluded a great deal more responsibility for safety was needed, recommending a “single repository of the whole practice of consultants across England, setting out their practising privileges and other critical consultant performance data, for example, how many times a consultant has performed a particular procedure and how recently”.

Bishop of Norwich, Graham James, who led the inquiry, said the repository should be “accessible and understandable to the public”.

“It should be mandated for use by managers and healthcare professionals in both the NHS and independent sector,” he added.

The General Medical Council currently only collects information about the qualifications and training of consultants.

The inquiry heard from patients who claimed much of the information they were able to gather on Paterson, who treated hundreds of patients at Little Aston and Parkway Hospitals in the West Midlands, run by Spire Healthcare, was unreliable.

They also had no means of independently verifying information they had on Paterson.

“We heard that patients would welcome a single source of information relating to each consultant’s practice. This was endorsed by a significant number of witnesses, including those who had a managerial or clinical responsibility for consultants,” Bishop James said in his report.

Following the inquiry report the Private Healthcare Information Network (PHIN) confirmed it would shortly be launching a consultation with NHS Digital which considers the first steps toward the creation of a single unified dataset for planned hospital admissions in England.

Dr Andrew Vallance-Owen, chair of the PHIN, said: “The Paterson Inquiry report published today rightly focuses on the impact of Ian Paterson’s premeditated criminality on his patients and their families. This serves as a reminder of why improved reporting and communication that works across both NHS and private healthcare is so important.

“A single repository of whole practice consultant information, available to managers and healthcare professionals will support better clinical governance and help identify patterns of poor care at an earlier stage.

“It is vital that this is also available to the public in an accessible and understandable way. As such we welcome this as the first recommendation in the Inquiry report.”

The PHIN began publishing initial performance data for over 1,000 consultants working across private healthcare in the UK in 2018, following a mandate handed down by the UK Competition and Markets Authority whose 2014 investigation criticised the lack of transparency in private healthcare.

Some 5,000 consultants – said to represent around half of admitted private healthcare in the UK – were working with PHIN and hospitals to check private practice data and improve data quality at the time.

It came after calls for greater data quality and transparency, and improved patient safety in private healthcare from medical bodies such as the Royal College of Surgeons (RCS).

The RCS, along with the Independent Healthcare Provider Network, HCA Healthcode and Spire, recommended a single repository of information about consultants to improve patient safety in its evidence to the inquiry.

Dr JJ De Gorter, chief medical officer at Spire, told the inquiry private providers are “not reliably notified” by NHS Trusts if restrictions have been applied on a consultants practice, suggesting a single database on practising privileges would address this.

Responding to Bishop James’ report Professor Derek Alderson, president of the RCS, said: “The healthcare system has failed hundreds of patients and their families, and we must learn from what went wrong. Following their thorough investigation, we welcome the inquiry’s recommendations today, designed to improve patient safety.

“We have repeatedly called for the same safety standards to be enforced across both the NHS and private healthcare sector. The inquiry has also stressed this and agreed with our recommendation that a single repository of information about consultants’ practice should be created.”

The first performance measures for NHS hospitals were published in May, 2017.

The independent inquiry following the malpractice of Ian Paterson was launched in December 2017.

Paterson is currently serving a 20-year jail sentence for 17 counts of wounding with intent.

His trial established he had undertaken numerous unnecessary breast operations, including his controversial “cleavage sparing” mastectomies in which breast tissue was left behind. It caused breast cancer to return in many of his patients.

It raised serious questions about how surgery in the independent sector is regulated and assured and about the oversight of doctors who work across the NHS and private sector.