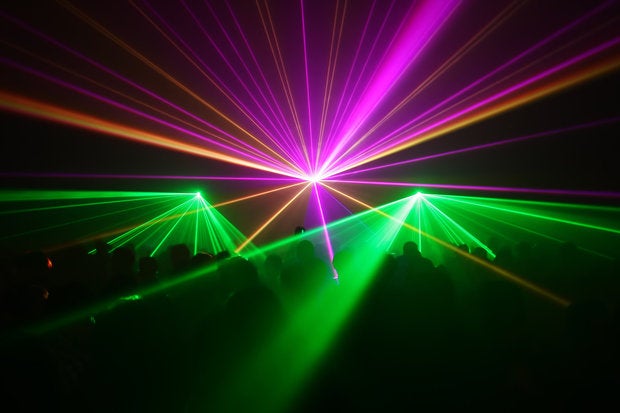 Cisco says it’s closed its deal to buy optical-semiconductor firm Luxtera for $660 million bringing it the advanced optical technology customers will need for speed and throughput for future data-center and webscale networks.

The combination of Cisco’s and Luxtera’s capabilities in 100GbE/400GbE optics, silicon and process technology will enable customers to build future-proof networks optimized for performance, reliability and cost, Salvago stated.

The reason Cisco snatched-up Luxtera is its silicon photonics technology that moves data among computer chips optically, which is far quicker than today’s electrical transfer, Cisco says. Photonics will be the underpinning of future switches and other networking devices.

One of the most attractive things about Luxtera is that it is well down the road dealing with the issues around converting electronic information into photons and carrying them over fiber-optic cables directly into semiconductors said Bill Gartner, vice president and general manager with Cisco.

“Luxtera has the silicon photonics technology that is the salvation for the optic industry,” Gartner said. “They have combined some of the development and production techniques from the semiconductor industry for the optical world, which will ultimately drive optical costs down and yield up.”

“As we move from 400G to terabit speeds it gets challenging to get all that capacity off a line card or ASIC and you’re going to need a different optics architecture to handle speeds like that.  That’s where we expect technology from Luxtera to come into play,” Gartner said. “Optics is important in how we advance the capacity, etc., of routers and switches and how silicon and optics integrate will be an important step,”he said.

Luxtera says its patented technology blends the long-reach capabilities of single-mode fiber with the low cost of highly integrated opto-electronics to create transceivers that have advanced high-speed optical communications.

Gartner said Cisco needs to make sure it hits the right price points in the market. While silicon-based semiconductors have driven port prices down, that hasn’t happened to the same degree wtih the optical technology. That’s because optics require more manually intensive assembly, Gartner said.  “As we look at port speeds beyond 100G its important for Cisco to have right technology in-house so we deliver optics at competitive port price for enterprise, data center, large scale web or service providers,” he said. “We have to have control of that technology to compete in the optics food chain.”

Jimmy Yu, vice president of the Dell’Oro Group, said that Luxtera was one of the first movers in developing small-form-factor pluggable components for 100G.  This was accomplished through the company’s work on silicon photonics (SiPh).  “The market continues to demand devices that take up less footprint and costs less to make. SiPh or photonic integration is one of the key enablers to achieve this,” Yu said.

Earlier, due to component suppliers taking too long to develop smaller 100 Gbps pluggables, Cisco bought LightWire.  With that acquisition, Cisco was able to sell a product called CPAK that had a smaller foot print then the component market could manufacture at the time.  The advantage for Cisco was that it could produce higher port-density switches and routers at favorable costs, Yu said.

In terms of technology, the biggest elephant in the room is the lack of a silicon-photonics laser integrated in the chip to get data off quickly, Gartner said.  “No one has developed that yet, and it is one of the holy grails of photonics.”

These sorts of challenges and problems require multi-year exploration, many of which Luxtera and Cisco have already started, Gartner said.  “You can’t start solving a problem when you are in the middle of trouble. Very few vendors have the capacity and investment in silicon that we have to do something about those issues,” he said.

There are alternatives to optical technology, but those options would be to use individual components to make up the chip, but that would take up a lot of space and cost much more, Yu said. Another alternative is to use Indium Phosphide (InP) – a semiconducting material typically used in high-speed chip applications – as a substrate material. “Infinera has been doing this for many years,” he said. “However, it is generally used for long spans such as metro and long haul [applications].”

While silicon photonics technology has been around for a few years it is only now beginning to gain serious footing, experts say.

“Silicon photonics technology will grow from a few percent of [the] total optical transceiver market value in 2016 to 35 percent of the market in 2025, mostly for intra-data-center communication,” analysts from the  Yole Développement research firm recently wrote. Demand for 400Gb/s links will be the primary driver.

The next evolution is to develop a 400G optical port over a single fiber across 500 meters at less than $1 per gigabit and with power [less than] 5 mW/Gb,” Yole stated. Terabit-per-second rates should follow.