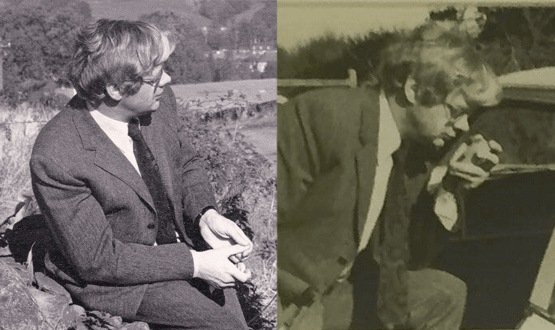 Tributes have been made to the co-founder of EMIS and “philosopher” of health and technology, Peter Sowerby, who has died.

Described by friend and fellow co-founder, David Stables, as the “father figure of EMIS”, Peter’s career spanned more than 30 years as a family GP and innovator.

“He was extremely bright and absolutely obsessed with his work. He was the sort of doctor you’d want as your doctor and all of his patients felt the same.”

Peter was born and raised in Hull, before studying medicine at Guys Hospital. He was an ENT surgeon at Colchester Barracks as part of his National Service before becoming a junior partner at a GP practice in Hill.

In 1960 he became a solo GP at Egton Surgery in North Yorkshire.

During his career he was an active member of the Royal College of General Practitioners and published papers on conditions such as lead poisoning and farmer’s lung.

David met Peter in 1984 when he began working at Egton Surgery in North Yorkshire, which Peter ran. David was made a partner in the surgery in 1987.

It was there the decision support system that went on to become EMIS, was born.

David recalls Peter’s enthusiasm to use technology to change the way doctors and clinicians work, from relying on paper and memory to a system that complimented their day-to-day working lives. He described him as a “philosopher and mentor”.

Peter had one vision: to have all medical knowledge and every record of every consultation between every doctor and every patient at the practice on one system.

That information could then be used to aid a doctor’s diagnosis as well as profiling patients based on the data available in the system to predict their risk of disease.

“So we had this computer with 3K of memory and we then spent £15,000 to upgrade the computer to 16K of memory and a 5MB hard disk, which was quite phenomenal. The thing had to be brought in with a forklift to the surgery,” David said.

Peter continued coding to build the programme, while David laboriously typed all the information the practice had to hand, into the system.

During this time their neighbouring GP practice asked for a version of the programme in their surgery. Fast-forward to 1987 and Egton Medical Information Systems Limited (EMIS) was launched, selling at £50 per installment at each practice.

In order to expand the company, Peter and David secured a £200,000 loan from the bank, with Peter putting up £100,000 of his own money and the pair mortgaging their houses as collateral.

“I think we were the first company that said, ‘unless you’re prepared to put your computer on your desktop we are not going to sell to you’.”

The company is now one of the biggest suppliers of electronic patient records systems and healthcare software, turning over more than £140m of revenue in 2018.

Aside from his work with EMIS, Peter founded the Peter Sowerby Foundation in 2011, a charitable trust to direct his personal wealth towards his charitable objectives, and those of his late wife Ann.

The charity funds medical research and healthcare provision; education and community and environmental projects, helping thousands of people since its inception.

As a trustee of the foundation, David said it focuses on helping “big ideas” that have struggled to get support elsewhere.

“Basically, we look for the most innovative high-risk ideas with the most potential big impact, if they work,” he added.

David Aspinall, chair of the Peter Sowerby Foundation, described Peter as a true force for good.

“As a friend of Peter’s and trustee of the foundation, it has been a great privilege to fund health and innovation projects in the UK and internationally that met Peter’s interests including the effective application of data into primary care, as well as supporting work across a range of good causes in his beloved Yorkshire,” he said.

“Peter’s achievements were second to none and his extraordinary legacy will continue through the grant making of the Foundation in perpetuity.”