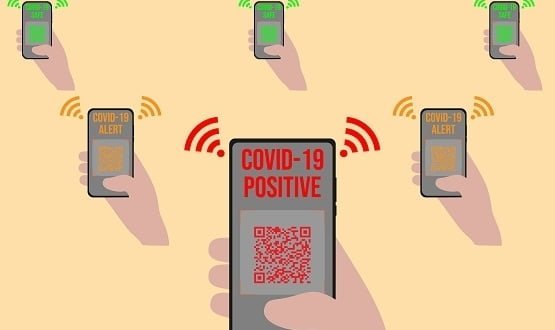 Contact-tracing apps could “catastrophically hamper trust” if they become a tool for “large scale data collection on the population”, hundreds of academics have warned.

An open letter, published on 19 April and signed by professors from 26 countries, urges governments and public health authorities to evaluate the potential dangers of developing contact-tracing technology before releasing an app to market.

They warned of risks to accuracy and privacy in using GPS-based apps, instead recommending the use of Bluetooth to trace users. But, they added, that could also come with risks.

“Some of the Bluetooth-based proposals respect the individual’s right to privacy, whilst others would enable (via mission creep) a form of government or private sector surveillance that would catastrophically hamper trust in and acceptance of such an application by society at large,” they wrote.

“It is crucial that citizens trust the applications in order to produce sufficient uptake to make a difference in tackling the crisis. It is vital that, in coming out of the current crisis, we do not create a tool that enables large scale data collection on the population, either now or at a later time.”

Several contact-tracing apps are under development, including from NHSX, which would be designed to help trace the virus by collecting data on those who report symptoms.

The NHSX app is set to be trialled in the North of England. It would allow people to input their own symptoms, alerting anyone they have come into contact with that they may have been exposed to the virus. NHSX has not provided further detail on the pilot.

Digital Health News understands the app is based on Bluetooth technology, but NHSX has not officially confirmed.

The letter points to Apple and Google’s newly announced partnership to develop Bluetooth-based contact tracing technology, saying the academics “fully support” the initiative as it “simplifies – and thus speeds up – the ability to develop such apps”.

But warns solutions that involve “reconstructing invasive information” should be “rejected without further discussion” to prevent the risk of data being exploited.

It comes the Ada Lovelace Institute published a rapid review of the technical, social and public health evidence for contact-tracing apps, finding an “absence of evidence” for their deployment.

The review found current “technical limitations” and “social impacts” of an app outweigh the potential benefits and called on the government to be transparent about the solutions under development.

Privacy group medConfidential has also called on NHSX to be “upfront” about their plans for the app and how it will be used.

An NHSX spokesperson said: “Users’ privacy is crucial, which is why we are working with other countries, a range of experts, stakeholders and industry to ensure the app under development is led by the best scientific and clinical advice to reduce transmission of the virus whilst protecting user privacy.”

Key recommendations outlined in the letter: