What is deep learning?

Deep learning is a form of machine learning that models patterns in data as complex, multi-layered networks. Because deep learning is the most general way to model a problem, it has the potential to solve difficult problems—such as computer vision and natural language processing—that outstrip both conventional programming and other machine learning techniques.

There are many examples of problems that currently require deep learning to produce the best models. Natural language processing (NLP) is a good one.

In Fall 2016, the quality of Google Translate output for English-French, English-Chinese, and English-Japanese language pairs suddenly improved dramatically, from creating word salad to producing sentences close to the quality of a professional translation by a human. What happened behind the scenes is that the Google Brain and Google Translate teams revamped Google Translate from using its old phrase-based statistical machine translation algorithms (one kind of classical machine learning) to using a deep neural network trained with word embeddings using Google’s TensorFlow framework.

That wasn’t an easy project. It took many doctoral-level researchers months of work on models, and thousands of GPU-weeks for training the models. It also spurred Google to create a new kind of chip, a Tensor Processing Unit (TPU), to run neural networks at scale for Google Translate.

Another good example of the application of deep learning is image classification. Because living organisms process images with their visual cortex, many researchers have taken the architecture of the mammalian visual cortex as a model for neural networks designed to perform image recognition. The biological research goes back to the 1950s.

The breakthrough in the neural network field for vision was Yann LeCun’s 1998 LeNet-5, a seven-level convolutional neural network (CNN) for recognition of handwritten digits digitized in 32×32 pixel images. To analyze higher-resolution images, the LeNet-5 network would need to be expanded to more neurons and more layers.

Image classification can be expanded to video classification by extracting the individual frames from a video and classifying each frame. Detected objects in video clips can be tracked from frame to frame.

According to Goodfellow, Bengio, and Courville, writing in 2016, deep learning has been used successfully to predict how molecules will interact in order to help pharmaceutical companies design new drugs, to search for subatomic particles, and to automatically parse microscope images used to construct a 3-D map of the human brain.

The ideas for “artificial” neural networks go back to the 1940s. The essential concept is that a network of artificial neurons built out of interconnected threshold switches can learn to recognize patterns in the same way that an animal brain and nervous system (including the retina) does.

The learning in deep neural networks occurs by strengthening the connection between two neurons when both are active at the same time during training. In modern neural network software this is most commonly a matter of increasing the weight values for the connections between neurons using a rule called backpropagation of error, backprop, or BP.

In the 1940s and 1950s artificial neurons used a step activation function and were called perceptrons. Modern neural networks may say they are using perceptrons, but they actually have smooth activation functions, such as the logistic or sigmoid function, the hyperbolic tangent, and the Rectified Linear Unit (ReLU). ReLU is usually the best choice for fast convergence, although it has an issue of neurons “dying” during training if the learning rate is set too high.

Now that we know about the neurons, we need to learn about the common neural network topologies. In a feed-forward network, the neurons are organized into distinct layers: one input layer, any number of hidden processing layers, and one output layer, and the outputs from each layer go only to the next layer.

In a feed-forward network with shortcut connections, some connections can jump over one or more intermediate layers. In recurrent neural networks, neurons can influence themselves, either directly, or indirectly through the next layer.

For those interested in the details, backpropagation uses the gradient of the error (or cost) function with respect to the weights and biases of the model to discover the correct direction to minimize the error. Two things control the application of corrections: the optimization algorithm, and the learning rate variable, which usually needs to be small to guarantee convergence and avoid causing dead ReLU neurons.

Optimizers for neural networks typically use some form of gradient descent algorithm to drive the backpropagation, often with a mechanism to help avoid becoming stuck in local minima, such as optimizing randomly selected mini-batches (Stochastic Gradient Descent) and applying momentum corrections to the gradient. Some optimization algorithms also adapt the learning rates of the model parameters by looking at the gradient history (AdaGrad, RMSProp, and Adam).

As with all machine learning, you need to check the predictions of the neural network against a separate validation data set. Without doing that you risk creating neural networks that only memorize their inputs instead of learning to be generalized predictors.

A deep neural network for a real problem might have upwards of 10 hidden layers. Its topology might be simple or quite complex.

Convolutional neural networks typically use convolutional, pooling, ReLU, fully connected, and loss layers to simulate a visual cortex. The convolutional layer basically takes the integrals of many small overlapping regions. The pooling layer performs a form of non-linear downsampling. ReLU layers apply the non-saturating activation function f(x) = max(0,x). In a fully connected layer, the neurons have connections to all activations in the previous layer. A loss layer computes how the network training penalizes the deviation between the predicted and true labels, using a Softmax or cross-entropy loss function for classification, or a Euclidean loss function for regression.

In feed-forward neural networks, information flows from the input, through the hidden layers, to the output. This limits the network to dealing with a single state at a time.

In recurrent neural networks, the information cycles through a loop, which allows the network to remember recent previous outputs. This allows for the analysis of sequences and time series. RNNs have two common issues: exploding gradients (easily fixed by clamping the gradients) and vanishing gradients (not so easy to fix).

In LSTMs, the network is capable of forgetting (gating) previous information or remembering it, in both cases by altering weights. This effectively gives an LSTM both long-term and short-term memory and solves the vanishing gradient problem. LSTMs can deal with sequences of hundreds of past inputs.

Attention modules are generalized gates that apply weights to a vector of inputs. A hierarchical neural attention encoder uses multiple layers of attention modules to deal with tens of thousands of past inputs.

Another kind of deep learning algorithm—not a deep neural network—is the Random Forest, or Random Decision Forest. A Random Forest is constructed from many layers, but instead of neurons it is constructed from decision trees, and outputs a statistical average (mode for classification or mean for regression) of the predictions of the individual trees. The randomized aspects of Random Forests are the use of bootstrap aggregation (a.k.a. bagging) for individual trees and taking random subsets of the features.

While you could write deep learning programs from first principles, it’s far more efficient to use deep learning frameworks, especially given that they have been optimized for use with GPUs and other accelerators. The pre-eminent framework is TensorFlow, which originated at Google. The favored high-level API for TensorFlow is Keras, which can also be used with other back-end frameworks.

PyTorch, from Facebook and others, is a strong alternative to TensorFlow, and has the distinction of supporting dynamic neural networks, in which the topology of the network can change from epoch to epoch. Fastai is a high-level third-party API that uses PyTorch as a back-end.

MXNet, from Amazon and others, is another strong alternative to TensorFlow, with a claim to better scalability. Gluon is the preferred high-level imperative API for MXNet.

Chainer, from IBM, Intel, and others, was in some ways the inspiration for PyTorch, given that it defines the neural network by run and supports dynamic neural networks. 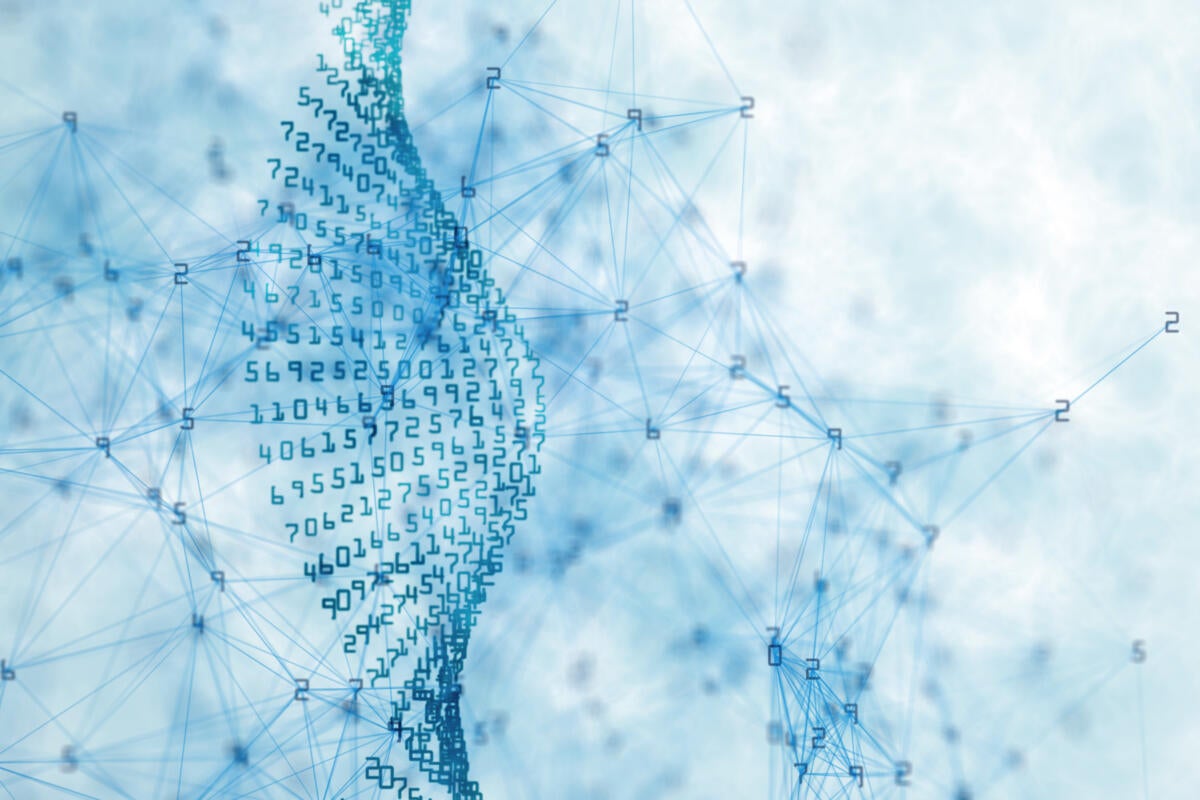 While all of the frameworks mentioned above are primarily Python, Deeplearning4j (DL4J), originally from Skymind and now an Apache project, is primarily Java and Scala. DL4J is compatible with Apache Spark and Hadoop.

ONNX was originally proposed as an open ecosystem for interchangeable AI models. ONNX now has a runtime in addition to the interchange file format.

TensorRT, from Nvidia, is another run-time for AI models, specifically to take advantage of Nvidia GPUs. The ONNX runtime can use TensorRT as a plug-in.

While TensorFlow has its own way of coordinating distributed training with parameter servers, a more general approach uses Open MPI (message passing interface). Horovod, a distributed training framework for TensorFlow, Keras, and PyTorch that was created at Uber, uses Open MPI as well as Nvidia NCCL. Horovod achieves between 68 percent and 90 percent scaling efficiency, depending on the model being trained.

You can learn a lot about deep learning simply by installing one of the deep learning packages, trying out its samples, and reading its tutorials. For more depth, consider one or more of the following resources.

This story, “Deep learning explained” was originally published by