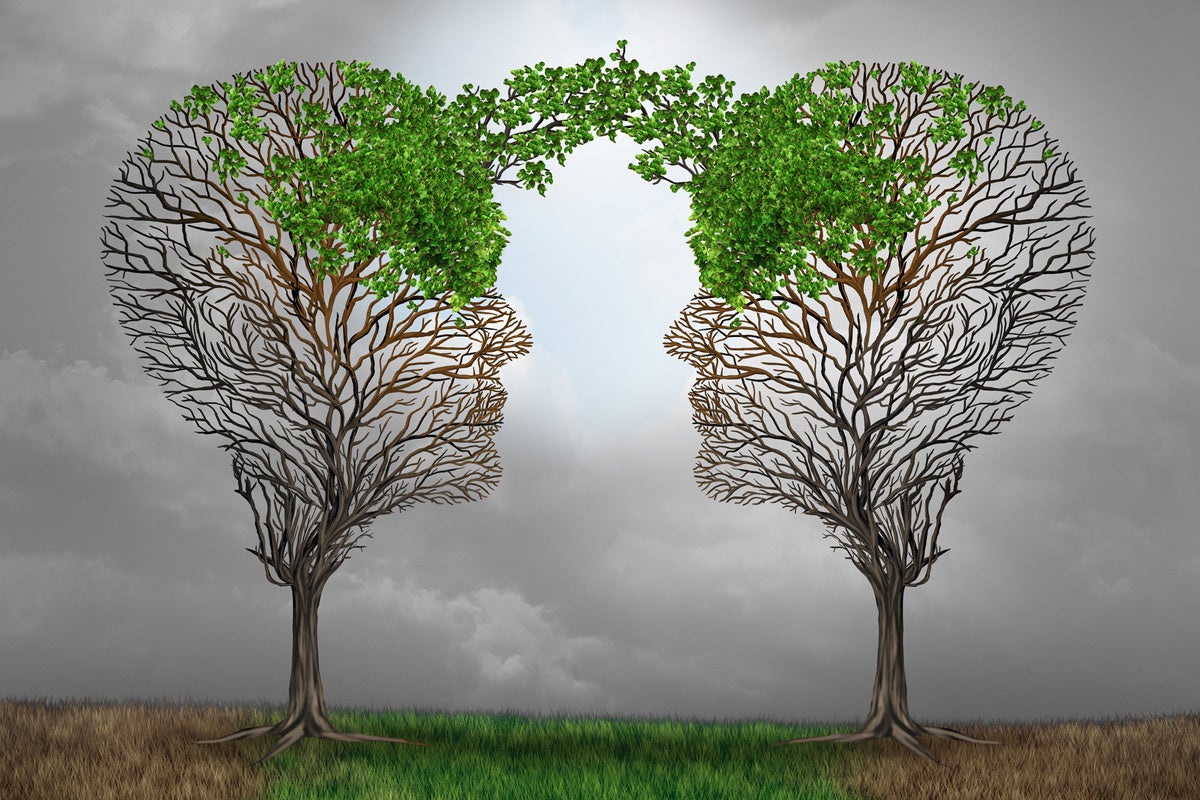 Machine learning algorithms are often divided into supervised (the training data are tagged with the answers) and unsupervised (any labels that may exist are not shown to the training algorithm). Supervised machine learning problems are further divided into classification (predicting non-numeric answers, such as the probability of a missed mortgage payment) and regression (predicting numeric answers, such as the number of widgets that will sell next month in your Manhattan store).

A classification problem is a supervised learning problem that asks for a choice between two or more classes, usually providing probabilities for each class. Leaving out neural networks and deep learning, which require a much higher level of computing resources, the most common algorithms are Naive Bayes, Decision Tree, Logistic Regression, K-Nearest Neighbors, and Support Vector Machine (SVM). You can also use ensemble methods (combinations of models), such as Random Forest, other Bagging methods, and boosting methods such as AdaBoost and XGBoost.

A regression problem is a supervised learning problem that asks the model to predict a number. The simplest and fastest algorithm is linear (least squares) regression, but you shouldn’t stop there, because it often gives you a mediocre result. Other common machine learning regression algorithms (short of neural networks) include Naive Bayes, Decision Tree, K-Nearest Neighbors, LVQ (Learning Vector Quantization), LARS Lasso, Elastic Net, Random Forest, AdaBoost, and XGBoost. You’ll notice that there is some overlap between machine learning algorithms for regression and classification.

A clustering problem is an unsupervised learning problem that asks the model to find groups of similar data points. The most popular algorithm is K-Means Clustering; others include Mean-Shift Clustering, DBSCAN (Density-Based Spatial Clustering of Applications with Noise), GMM (Gaussian Mixture Models), and HAC (Hierarchical Agglomerative Clustering).

Training and evaluation turn supervised learning algorithms into models by optimizing their parameter weights to find the set of values that best matches the ground truth of your data. The algorithms often rely on variants of steepest descent for their optimizers, for example stochastic gradient descent, which is essentially steepest descent performed multiple times from randomized starting points.

Common refinements on stochastic gradient descent add factors that correct the direction of the gradient based on momentum, or adjust the learning rate based on progress from one pass through the data (called an epoch or a batch) to the next.

There is no such thing as clean data in the wild. To be useful for machine learning, data must be aggressively filtered. For example, you’ll want to:

There is a lot more you can do, but it will depend on the data collected. This can be tedious, but if you set up a data cleaning step in your machine learning pipeline you can modify and repeat it at will.

To use categorical data for machine classification, you need to encode the text labels into another form. There are two common encodings.

To use numeric data for machine regression, you usually need to normalize the data. Otherwise, the numbers with larger ranges might tend to dominate the Euclidian distance between feature vectors, their effects could be magnified at the expense of the other fields, and the steepest descent optimization might have difficulty converging. There are a number of ways to normalize and standardize data for machine learning, including min-max normalization, mean normalization, standardization, and scaling to unit length. This process is often called feature scaling.

A feature is an individual measurable property or characteristic of a phenomenon being observed. The concept of a “feature” is related to that of an explanatory variable, which is used in statistical techniques such as linear regression. Feature vectors combine all the features for a single row into a numerical vector.

Part of the art of choosing features is to pick a minimum set of independent variables that explain the problem. If two variables are highly correlated, either they need to be combined into a single feature, or one should be dropped. Sometimes people perform principal component analysis to convert correlated variables into a set of linearly uncorrelated variables.

Some of the transformations that people use to construct new features or reduce the dimensionality of feature vectors are simple. For example, subtract Year of Birth from Year of Death and you construct Age at Death, which is a prime independent variable for lifetime and mortality analysis. In other cases, feature construction may not be so obvious.

There are several other schemes for splitting the data. One common technique, cross-validation, involves repeatedly splitting the full data set into a training data set and a validation data set. At the end of each epoch, the data is shuffled and split again.

In Python, Spark MLlib and Scikit-learn are excellent choices for machine learning libraries. In R, some machine learning package options are CARAT, randomForest, e1071, and KernLab. In Java, good choices include Java-ML, RapidMiner, and Weka.

The ideas for “artificial” neural networks go back to the 1940s. The essential concept is that a network of artificial neurons built out of interconnected threshold switches can learn to recognize patterns in the same way that an animal brain and nervous system (including the retina) does.

The learning occurs basically by strengthening the connection between two neurons when both are active at the same time during training. In modern neural network software this is most commonly a matter of increasing the weight values for the connections between neurons using a rule called back propagation of error, backprop, or BP.

In the 1940s and ’50s artificial neurons used a step activation function and were called perceptrons. Modern neural networks may say they are using perceptrons, but actually have smooth activation functions, such as the logistic or sigmoid function, the hyperbolic tangent, or the Rectified Linear Unit (ReLU). ReLU is usually the best choice for fast convergence, although it has an issue of neurons “dying” during training if the learning rate is set too high.

Now that we know about the neurons, we need to learn about the common neural network topologies. In a feed-forward network, the neurons are organized into distinct layers: one input layer, n hidden processing layers, and one output layer. The outputs from each layer go only to the next layer.

In a feed-forward network with shortcut connections, some connections can jump over one or more intermediate layers. In recurrent neural networks, neurons can influence themselves, either directly or indirectly through the next layer.

For those interested in the details, back propagation uses the gradient of the error (or cost) function with respect to the weights and biases of the model to discover the correct direction to minimize the error. Two things control the application of corrections: the optimization algorithm and the learning rate variable. The learning rate variable usually needs to be small to guarantee convergence and avoid causing dead ReLU neurons.

Optimizers for neural networks typically use some form of gradient descent algorithm to drive the back propagation, often with a mechanism to help avoid becoming stuck in local minima, such as optimizing randomly selected mini-batches (Stochastic Gradient Descent) and applying momentum corrections to the gradient. Some optimization algorithms also adapt the learning rates of the model parameters by looking at the gradient history (AdaGrad, RMSProp, and Adam).

As with all machine learning, you need to check the predictions of the neural network against a separate validation data set. Without doing that you risk creating neural networks that only memorize their inputs instead of learning to be generalized predictors.

A deep neural network for a real problem might have upwards of 10 hidden layers. Its topology might be simple, or quite complex.

Convolutional neural networks (CNN) are often used for machine vision. Convolutional neural networks typically use convolutional, pooling, ReLU, fully connected, and loss layers to simulate a visual cortex. The convolutional layer basically takes the integrals of many small overlapping regions. The pooling layer performs a form of non-linear down-sampling. ReLU layers apply the non-saturating activation function f(x) = max(0,x). In a fully connected layer, the neurons have connections to all activations in the previous layer. A loss layer computes how the network training penalizes the deviation between the predicted and true labels, using a Softmax or cross-entropy loss function for classification, or a Euclidean loss function for regression.

Recurrent neural networks (RNN) are often used for natural language processing (NLP) and other sequence processing, as are Long Short-Term Memory (LSTM) networks and attention-based neural networks. In feed-forward neural networks, information flows from the input, through the hidden layers, to the output. This limits the network to dealing with a single state at a time.

In recurrent neural networks, the information cycles through a loop, which allows the network to remember recent previous outputs. This allows for the analysis of sequences and time series. RNNs have two common issues: exploding gradients (easily fixed by clamping the gradients) and vanishing gradients (not so easy to fix).

In LSTMs, the network is capable of forgetting (gating) previous information as well as remembering it, in both cases by altering weights. This effectively gives an LSTM both long-term and short-term memory, and solves the vanishing gradient problem. LSTMs can deal with sequences of hundreds of past inputs.

Attention modules are generalized gates that apply weights to a vector of inputs. A hierarchical neural attention encoder uses multiple layers of attention modules to deal with tens of thousands of past inputs.

Random Decision Forests (RDF), which are not neural networks, are useful for a range of classification and regression problems. RDFs are constructed from many layers, but instead of neurons an RDF is constructed from decision trees, and outputs a statistical average (mode for classification or mean for regression) of the predictions of the individual trees. The randomized aspects of RDFs are the use of bootstrap aggregation (a.k.a. bagging) for individual trees, and taking random subsets of the features for the trees.

XGBoost (eXtreme Gradient Boosting), also not a deep neural network, is a scalable, end-to-end tree boosting system that has produced state-of-the-art results on many machine learning challenges. Bagging and boosting are often mentioned in the same breath; the difference is that instead of generating an ensemble of randomized trees, gradient tree boosting starts with a single decision or regression tree, optimizes it, and then builds the next tree from the residuals of the first tree.

In general, classical (non-deep) machine learning algorithms train and predict much faster than deep learning algorithms; one or more CPUs will often be sufficient to train a classical model. Deep learning models often need hardware accelerators such as GPUs, TPUs, or FPGAs for training, and also for deployment at scale; without them, the models would take months to train.

In addition, deep learning has been used successfully to predict how molecules will interact in order to help pharmaceutical companies design new drugs, to search for subatomic particles, and to automatically parse microscope images used to construct a three-dimensional map of the human brain.

This story, “Deep learning vs. machine learning: Understand the differences” was originally published by