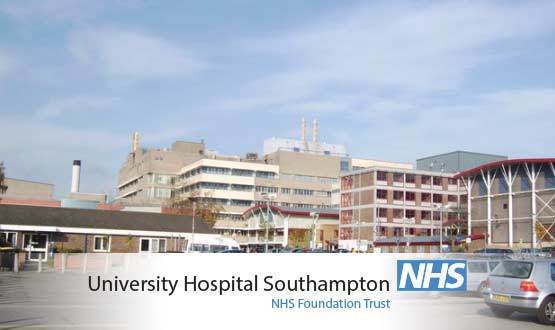 NHS IT leaders and members of the Digital Health Networks gathered in Southampton to discuss whether a ‘best of breed’ approach to clinical informatics can help trusts reach high levels of digital maturity.

Attendees to the event at the Leonardo Royal Hotel in Southampton’s Grand Harbour were invited to debate whether best of breed (BoB) approaches were a sustainable model for delivering digital transformation within the NHS, and whether HIMMS offered a good measure of determining the technical maturity of an NHS organisation.

“We are a best-of-breed approach, some by design, some by funding restraints, and some by ease,” he said.

“We like it because specialist systems tend to be from smaller companies, and can reach to requests more quickly than larger firms.”

Yet Walliker also highlighted the shortfalls in adopting a more hodgepodge approach to health IT, particularly when dealing with in-house systems.

Royal Liverpool and Broadgreen uses a home-grown electronic document management system, known within the trust as a patient electronic note system – or PENs.

While highly valued, Walliker explained that the PENs had made it difficult for the organisation to realise its paperless ambitions, despite having digitised the majority of paper-based processes.

“We can’t get to 100% paper-free because we can’t digitise critical care using the PENs solution,” he said.

“To digitise critical care the level that would be required…would involve implementing another system, which we’re out to market for at the moment”.

Adrian Byrne, CIO of University Hospital Southampton NHS Foundation Trust, put it to attendees that achieving higher HIMMS certification was more an issue of scale than it was of individual approaches to digitisation.

“In my experience, those who have achieved the higher level of HIMMS are generally much smaller organisations,” said Byrne, who recently wrote an op-ed or Digital Health News on best of breed and ‘big box’ approaches to digital maturity.

“Large hospitals tend to find it more challenging, just due to the scale.

“Is there an extra challenge by being best breed? I think maybe there isn’t with best of breed, but just the scale of it and the amount you have to spend on devices and that sort of turnover.

Despite the proliferation of mega-suite NHS vendors, statistics provided by Digital Health Intelligence showed that the majority of acute NHS trusts in England took a best of breed approach to IT; no supplier currently offers solutions across all functions of a hospital.

While arguably offering greater flexibility and functional dept, some questioned the ability of BoB to maintain consistency and preserve work efforts when faced with leadership changes.

“It’s about sure you don’t just have one person it all; making sure if you need a skill-set in your team, that it isn’t just one person that’s doing that.

“You need to have backup, and then a backup of the backup.

“And if you don’t have a good team in your informatics function, really that is something you need to address, whatever you’re going to do.

“You all know as well as I do that that is very patchy around the country.”

Digital Health’s next regional event will be held on 5 November.