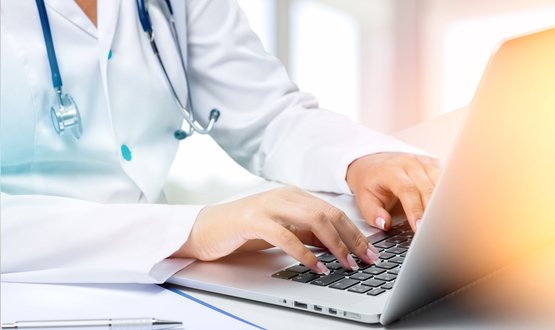 Digital GP services “are not a substitute” for face-to-face appointments but will help improve patient access in a primary care setting, a King’s Fund analyst has said.

Access to GPs is becoming increasingly strained partly due to staffing concerns and partly down to rising numbers of patients. The most recent NHS Digital figures show practices are delivering the highest number of appointments ever recorded in a single month – an estimated 30.8m.

Yet there was a 2% drop in the number of permanent, full-time equivalent GPs in the past year. The number has continued to fall, with 6.2% fewer in September 2019 than 2015.

Digital solutions are one of a myriad of proposals to increase access to primary care services, therefore reducing pressure on GPs, according to a recent briefing from The King’s Fund.

David Maguire, an analyst for the independent charity, told Digital Health News that primary care models were going to need to become multidisciplinary to keep up with rising demand.

He said successful digital solutions would require input from all levels of clinical and leadership roles. They should also be designed to cater for a majority of patients – something that has proved challenging for providers when it comes to co-morbidity and elderly patients.

“You will not substitute your physical services with digital, there’s too many implications for how GPs are paid, satisfaction and cultural attitudes towards technology within primary care to have that happen,” Maguire said.

“Certainly for some groups it’s not going to be an adequate substitution, there are people that really value that recurrent relationship with an individual so they want that face-to-face contact.

“For other people it probably works very well. If you look at the GP at Hand evaluation that Ipsos Mori did there’s evidence that younger people using the service in much higher numbers than would normally use primary care.”

He encouraged practices to consider digital services when trying to meet demand, adding they “shouldn’t be afraid of identifying on that need”.

Following the release of NHS Digital’s GP statistics last week the British Medical Association called on the Government to “do all it can” to make general practice an attractive career option, while the Kings Fund called for greater investment in technology to “develop models of digital care, in GP premises and to implement effective team-based models of care”.

Further statistics, released this week, found only 27% of trainees intend to work full time in general practice one year after qualifying, dropping to just 5% after 10 years.

The King’s Fund GP survey also found only 41 per cent of respondents were considering a GP partnership at 10 years, down from 45 per cent in 2016. The most common reasons for this are financial implications (58%) and the lack of training in business matters (47%).

Flexibility in the job was also a contributing factor.

Maguire suggests digital solutions may provide incentive for trainees to continue on their career path.

“Giving people the opportunity to put in place innovative, productive, helpful digital transformation within the place that they work is a huge way to encourage people to remain within the service and within the practice,” he told Digital Health News.

“We’ve seen it in the acute sector already. It’s something that people already in the sector could really leverage, but it’s about finding the opportunities to do that amongst all the pressure you’re already under.”

Digital solutions have previously been pegged as a solution to ease patient demand. The Digital Healthcare Council has called for future policies to encourage the adoption of digital technologies, adding that simply “pedalling faster” to keep up with demand was unsustainable.

The new GP contract, which came into effect on 1 April, gives practices almost £1bn across five years to help fulfil ambitions laid out in the NHS Long Term Plan.

Part of this includes GP practices ensuring that they can offer online consultations by April 2020 and making at least 25% of appointments available for online booking by July 2019 – a move that is hoped will reduce pressure on stretched services.