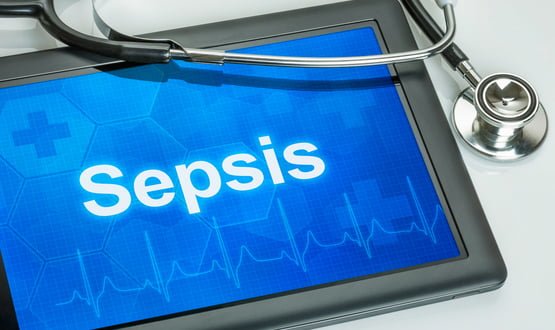 Cambridge University Hospitals, Royal Berkshire NHS Foundation Trust and Royal Liverpool and Broadgreen University Hospital have each seen a reduction in mortality rates using algorithms to read patients’ vital signs and alert clinicians to worsening conditions that are a warning sign of sepsis.

In Cambridge, deaths from sepsis have fallen consistently over the last three years, with at least 64 lives saved in the past year thanks to the digital alert system.

In Berkshire the trust has increased screening rates by 70%, with nine in 10 patients now consistently screened for sepsis during admission as opposed to two in ten beforehand.

While in Liverpool digital monitoring for sepsis is live across it’s emergency department and wards, saving up to 200 lives every year.

“Our electronic sepsis alert and action feature, developed collaboratively by our clinicians and in-house digital team, better supports our doctors and nurses in being more aware of the possibility of sepsis and act quickly with appropriate treatment.

“It is an excellent example of how much of a difference digital technology can make to patient safety, care and outcomes.”

“A retrospective audit of usage also showed that patients were unlikely to have subsequent screening tools completed if there was clinical deterioration after their admission, meaning the capture rate of patients who developed sepsis in the trust was poor,” she added.

“Since implementation our compliance and treatment of potential and actual sepsis has continued to increase.”

Sepsis causes 37,000 deaths each year and is notoriously difficult to spot.

The blueprints are part of a national effort to push best practice and new technology across the NHS, to help hospitals learn from the success of others and spread use of the best technology further and faster.

The measures will be rolled out across England as part of the Long Term Plan commitment to reduce sepsis deaths.

At Liverpool and Broadgreen screening is now at 100% across the emergency department and wards, with up to 200 lives being saved each year.

Antibiotic administration within an hour for patients with sepsis has increased to 90 per cent in the emergency department and 60 per cent on wards. Septic shock mortality in the under-45s has dropped from six in ten to less than one in ten.

Dr Paul Fitzsimmons, chief operating officer at the trust, said: “We have seen a major impact on sepsis care with lives saved. In some cases, it would have been impossible to make a diagnosis of sepsis without the help of our digital system.

Dr Simon Eccles, chief clinical information officer at NHSX, added: “As an emergency medicine consultant, I know first-hand how helpful these technologies can be on a busy shift, to alert you to a deteriorating patient who might have sepsis and offering the best possible chance of saving their life.

“As we continue to deliver the NHS Long Term Plan, many parts of the country are using world class technology to save more lives and this programme is helping to ensure that learning is spread right across the NHS so others can benefit from their success.”

David Walliker, CIO at Royal Liverpool and Broadgreen University Hospitals NHS Trust, recently told Digital Health News the blueprints had the potential to bridge the gap between knowledge silos across the country, but there was a danger of them becoming static documents if they aren’t utilised.

“If you’ve then got a problem and you’ve noticed that someone else had the same problem and that hospital has managed to fix it, if you are not then referencing that blueprint in your business case, as an assurance piece if nothing else, then I think you’re neglecting your role.”

There are currently 16 acute global digital exemplars, which have 17 fast followers; seven mental health GDEs, and three ambulance GDEs, however it was confirmed in September 2018 that more GDEs could be on their way.

At the time the blueprints were release, Royal Liverpool and Broadgreen University Hospitals NHS Trust’s CCIO Michael Fisher told Digital Health they would be “useless” without allocation of resources for trusts to teach others how to implement the programmes.