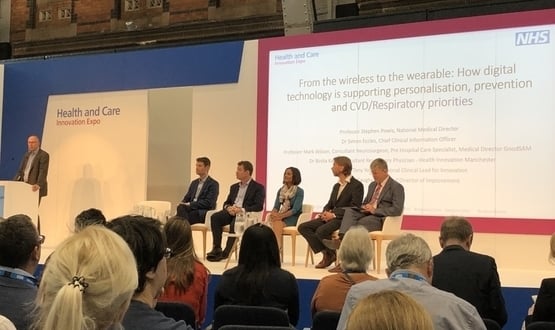 Early adopters of innovation in the NHS should be celebrated as much as the innovators themselves, a senior NHS figure has argued.

Hugh McCaughey, national director of improvement at NHS England and NHS Improvement, made the comment during a panel session at NHS Expo in Manchester on 4 September.

The session focused on the opportunities that growing digital capability and focus on personalised care could bring to predicting and preventing illness.

And while there are exciting opportunities presented by innovators, there should be incentives and recognition for those who decide to be the guinea pigs and trial the technology at their trust, McCaughey argued.

“Early adopters need to be celebrated as much as the innovators,” he said.

“Has anyone seen an award being handed out to an early adopter?”

McCaughey also suggested it took the NHS roughly 16-17 years to scale up an innovation.

“Think of the lost opportunities for the staff and patients,” he said.

He added that “things had to change” and that the NHS needed to “grasp the opportunities” that innovation could present.

Other speakers on the panel included Dr Simon Eccles, CCIO for health and care and Professor Tony Young, national clinical director for innovation at NHS England and NHS Improvement.

Also at NHS Expo 2019, the chief executive of NHS England, Simon Stevens, said greater capital investment in infrastructure and diagnostics was needed to cement the NHS’ prospects over the next decade.

Meanwhile nurses, midwives, allied health professionals and doctors were called on to become the face of the NHS App on social media and in their communities.