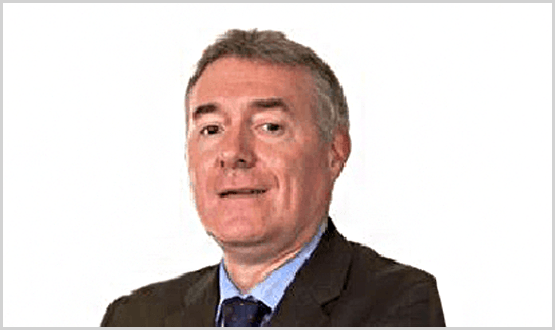 A former chief information officer (CIO) has been given a two-year suspended jail sentence for lying about his degree to get a £135,000 per-year job.

Peter Knight, 53, was sentenced in Oxford Crown Court on 23 January. Alongside his suspended jail sentence he was ordered to complete 200 hours of community service and 30 hours of rehabilitation.

Knight admitted fraud “intending to make a gain, namely a salary” at Oxford Magistrates’ Court in December and was granted unconditional bail at the time.

He was chief information and digital officer at Oxford University Hospitals NHS Foundation Trust from August 2016 until September 2018.

As chief information and digital officer, Knight was responsible for “developing and delivering a comprehensive information technology strategy that supports the trust’s vision for establishing system-wide, technology-enabled, integrated healthcare delivery”.

He was hired to build on “significant recent investment in the trust’s technology infrastructure to help transform healthcare, research and education in Oxfordshire and beyond”, a press release from the trust said at the time.

He was in the post when Oxford University Hospitals NHS Foundation Trust was named a global digital exemplar (GDE) in 2016. He resigned in September 2018.

In May 2018, prior to his resignation, the trust received an anonymous allegation that Knight did not have a degree which he claimed to have when he applied for the post, the trust said in a statement.

The trust’s chief finance officer reported the allegation to the local counter fraud specialist. Knight was repeatedly asked by the trust to provide a copy of his degree. In August 2018 he admitted he did not have a degree and the trust began formal investigations into the matter, the statement added.

Additionally, in November 2017, the trust updated the files of its executive and non-executive staff as part of its duties under the fit and proper persons check, but when checked during the investigation Knight’s HR file did not contain a copy of the degree he claimed to have, according to the NHS Counter Fraud Authority.

Following Knight’s resignation the trust has strengthened its recruitment process “to ensure that it is not possible to avoid confirming the academic qualifications of applicants prior to appointment”.

The trust now also verifies key qualifications with the university, professional body or other institution which awarded a qualification.

Knight had previously held a deputy director position at the Department of Health and Social Care for research contracting, information intelligence and stakeholder engagement before taking up the post at Oxford.

Commenting on the sentencing Sue Frith, chief executive of the NHS Counter Fraud Authority, said: “Today’s sentencing of Peter Knight for fraud against the NHS is a reminder that the law and the rules apply to all in the NHS.

“Anyone who obtains an NHS job through lying is committing fraud. Any suspicion of fraud against the NHS should be reported via our fraud and corruption reporting line, either online or by telephone.”

A recent poll on the Digital Health Networks, carried out in the aftermath of Knight pleading guilty, revealed some 59% of NHS IT leaders say that top digital leadership roles should require certification.

However, a third of respondents (33%), said certification of CCIOs and CIOS should not be made compulsory. While a further 7% said “don’t know”.