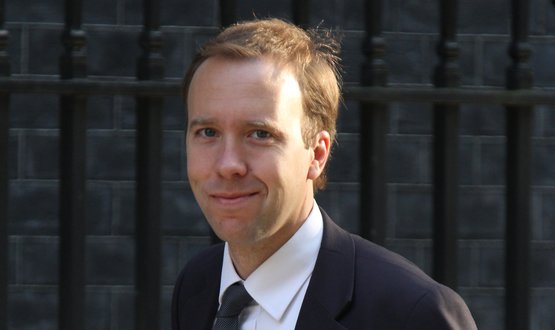 The Secretary of State for Health and Social Care is to reveal in a speech later today his plans for the newly announced NHSX organisation.

Speaking at the Digital Health Technology Show in London, Matt Hancock is expected to set out his vision for the newest addition to the NHS family – which has been tasked with overseeing technology transformation across health and social care.

In his keynote speech, Hancock is expected say that he hopes NHSX will “be the bridge between the worlds of healthcare and technology” and will reveal that the X stands for “user experience”.

He adds: “We’re setting up NHSX for two reasons. First, because our tech leadership is just too diffuse, and that’s got in the way of tech transformation.

“So NHSX will bring together our tech leadership into one decision-making point. But it’s not just about the organogram.

“The other reason is that I want to bring the culture, the openness, the productivity, and the speed of iteration of the internet to the way we deliver tech in health and care.”

Technology standards in healthcare is a subject which Hancock has focussed on and formed a big part of his “tech vision” – especially the possibility of having mandatatory open standards.

Building on this, Hancock is expected to say in his speech that he wants the NHS to have a minimum “standards-led approach” which will allow “local NHS teams buy whatever they want from whoever they want”.

On the otehr side, Hancock is also expected to reveal his plans to publish these standards on the internet so “anyone who wants to write code for the NHS can see what our needs are before they begin”.

He is due to say: “I’ve said I want to help make the UK the best place in the world to start and grow a healthtech business.

“I want to spread your innovations much faster, taking on ‘Not Invented Here’ syndrome.

“If you jump through all the hoops to sell into one trust, you shouldn’t have to repeat the whole process again with another trust just up the road.

“I want our systems to be capable of continuous upgrades as new tech develops.”