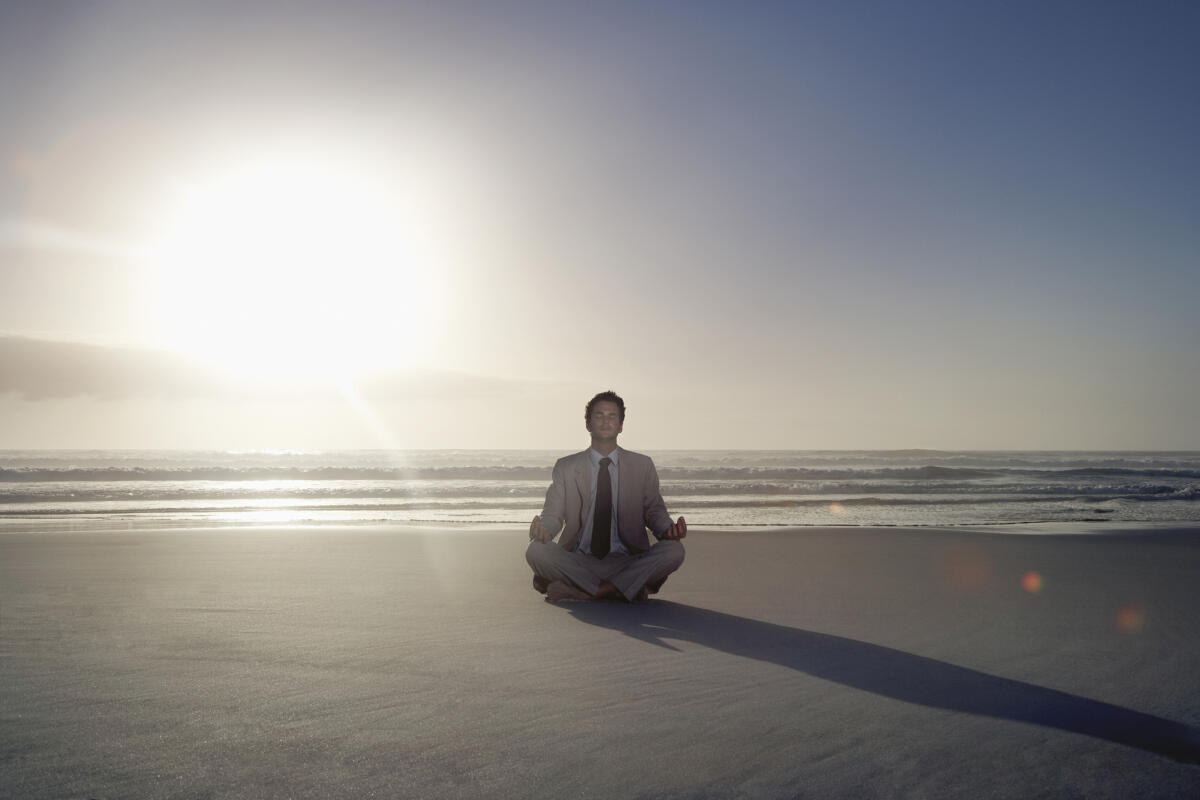 ORLANDO –  Forecasting long-range IT technology trends is a little herding cats – things can get a little crazy.

But Gartner analysts have specialized in looking forwardth, boasting an 80 percent  accuracy rate over the years, Daryl Plummer, distinguished vice president and Gartner Fellow told the IT crowd at this year’s IT Symposium/XPO.  Some of those successful prediction have included the rise of automation, robotics, AI technology  and other ongoing trends.

Like some of the other predictions Gartner has made at this event, this year’s package of predictions for 2020 and beyond is heavily weighted toward the human side of technology rather than technology itself.

“Beyond offering insights into some of the most critical areas of technology evolution, this year’s predictions help us move beyond thinking about mere notions of technology adoption and draw us more deeply into issues surrounding what it means to be human in the digital world.” Plummer said.

By 2023, the number of people with disabilities employed will triple due to AI and emerging technologies, reducing barriers to access.

Technology is going to make it easier for people with  disabilities  to connect to the business world. “People with disabilities constitute an untapped pool of critically skilled talent,” Plummer said.

“Artificial intelligence (AI), augmented reality (AR), virtual reality (VR) and other emerging technologies have made work more accessible for employees with disabilities. For example, select restaurants are starting to pilot AI robotics technology that enables paralyzed employees to control robotic waiters remotely. Organizations that actively employ people with disabilities will not only cultivate goodwill from their communities, but also see 89 percent higher retention rates, a 72 percent increase in employee productivity, and a 29 percent increase in profitability,” Plummer said.

By 2024, AI identification of emotions will influence more than half of the online advertisements you see.

Computer vision, which allows AI to identify and interpret physical environments, is one of the key technologies used for emotion recognition and has been ranked by Gartner as one of the most important technologies in the next three to five years.  Artificial emotional intelligence (AEI) is the next frontier for AI development, Plummer said.  Twenty-eight percent of marketers ranked AI and machine learning (ML) among the top three technologies that will drive future marketing impact, and 87 percent of marketing organizations are currently pursuing some level of personalization, according to Gartner. By 2022, 10 percent of personal devices will have emotion AI capabilities, Gartner predicted.

“AI makes it possible for both digital and physical experiences to become hyper personalized, beyond clicks and browsing history but actually on how customers feel in a specific purchasing moment. With the promise to measure and engage consumers based on something once thought to be intangible, this area of ‘empathetic marketing’ holds tremendous value for both brands and consumers when used within the proper privacy boundaries,” said Plummer.

Through 2023, 30% of IT organizations will extend BYOD policies with “bring your own enhancement” (BYOE) to address augmented humans in the workforce.

The concept of augmented workers has gained traction in social media conversations in 2019 due to advancements in wearable technology. Wearables are driving workplace productivity and safety across most verticals, including automotive, oil and gas, retail and healthcare.

Wearables are only one example of physical augmentations available today, but humans will look to additional physical augmentations that will enhance their personal lives and help do their jobs. Gartner defines human augmentation as creating cognitive and physical improvements as an integral part of the human body. An example is using active control systems to create limb prosthetics with characteristics that can exceed the highest natural human performance.

“IT leaders certainly see these technologies as impactful, but it is the consumers’ desire to physically enhance themselves that will drive the adoption of these technologies first,” Plummer said. “Enterprises need to balance the control of these devices in their enterprises while also enabling users to use them for the benefit of the organization.”

By 2025, 50% of people with a smartphone but without a bank account will use a mobile-accessible cryptocurrency account.

Currently 30 percent of people have no bank account and 71 percent will subscribe to mobile services by 2025.  Major online marketplaces and social media platforms will start supporting cryptocurrency payments by the end of next year. By 2022, Facebook, Uber, Airbnb, eBay, PayPal and other digital e-commerce companies will support over 750 million customer, Gartner predicts.

At least half the globe’s citizens who do not use a bank account will instead use these new mobile-enabled cryptocurrency account services offered by global digital platforms by 2025, Gartner said.

By 2023, a self-regulating association for oversight of AI and machine-learning designers will be established in at least four of the G7 countries.

By 2021, multiple incidents involving non-trivial AI-produced harm to hundreds or thousands of individuals can be expected, Gartner said.  Public demand for protection from the consequences of malfunctioning algorithms will in turn produce pressure to assign legal liability for the harmful consequences of algorithm failure. The immediate impact of regulation of process will be to increase cycle times for AI and ML algorithm development and deployment. Enterprises can also expect to spend more for training and certification for practitioners and documentation of processes, as well as higher salaries for certified personnel.

“Regulation of products as complex as AI and ML algorithms is no easy task. Consequences of algorithm failures at scale that occur within major societal functions are becoming more visible. For instance, AI-related failures in autonomous vehicles and aircraft have already killed people and attracted widespread attention in recent months,” said Plummer.

By 2023, 40% of professional workers will orchestrate their business application experiences and capabilities like they do their music streaming experience.

The human desire to have a work environment that is similar to their personal environment continues to rise — one where they can assemble their own applications to meet job and personal requirements in a self-service fashion. The consumerization of technology and introduction of new applications have elevated the expectations of employees as to what is possible from their business applications. Gartner says through 2020, the top 10 enterprise-application vendors will expose over 90 percent of their application capabilities through APIs.

“Applications used to define our jobs. Nowadays, we are seeing organizations designing application experiences around the employee. For example, mobile and cloud technologies are freeing many workers from coming into an office and instead supporting a work-anywhere environment, outpacing traditional application business models,”  Plummer said. “Similar to how humans customize their streaming experience, they can increasingly customize and engage with new application experiences.”

By 2023, up to 30 percent of world news and video content will be authenticated as real by blockchain countering deep fake technology.

Fake news represents deliberate disinformation, such as propaganda that is presented to viewers as real news. Its rapid proliferation in recent years can be attributed to bot-controlled accounts on social media, attracting more viewers than authentic news and manipulating human intake of information, Plummer said. Fake content, exacerbated by AI can pose an existential threat to an organization.

By 2021, at least 10 major news organizations will use blockchain to track and prove the authenticity of their published content to readers and consumers. Likewise, governments, technology giants and other entities are fighting back through industry groups and proposed regulations. “The IT organization must work with content-production teams to establish and track the origin of enterprise-generated content using blockchain technology,” Plummer said.

On average, through 202, digital transformation initiatives will take large traditional enterprises  twice as long and cost twice as much as anticipated.

Business leaders’ expectations for revenue growth are unlikely to be realized from digital optimization strategies, due to the cost of technology modernization and the unanticipated costs of simplifying operational interdependencies. Such operational complexity also impedes the pace of change along with the degree of innovation and adaptability required to operate as a digital business.

“In most traditional organizations, the gap between digital ambition and reality is large,” Plummer said. “We expect CIOs’ budget allocation for IT modernization to grow 7 percent year-over-year through 2021 to try to close that gap.”

By 2023, individual activities will be tracked digitally by an “Internet of Behavior” to influence, benefit and service eligibility for 40% of people worldwide.

Through facial recognition, location tracking and big data, organizations are starting to monitor individual behavior and link that behavior to other digital actions, like buying a train ticket. The Internet of Things (IoT) – where physical things are directed to do a certain thing based on a set of observed operating parameters relative to a desired set of operating parameters — is now being extended to people, known as the Internet of Behavior (IoB).  Through 2020 watch for examples of usage-based and behaviorally-based business models to expand into health insurance or financial services, Plummer said.

“With IoB, value judgements are applied to behavioral events to create a desired state of behavior,” Plummer said. “What level of tracking will we accept? Will it be hard to get life insurance if your Fitbit tracker doesn’t see 10,000 steps a day?”

“Over the long term, it is likely that almost everyone living in a modern society will be exposed to some form of IoB that melds with cultural and legal norms of our existing predigital societies,”  Plummer said

By 2024, the World Health Organization will identify online shopping as an  addictive disorder, as millions abuse digital commerce and encounter financial stress.

Consumer spending via digital commerce platforms will continue to grow over 10 percent year-over-year through 2022. In addition watch for an increased number of digital commerce orders predicted by, and initiated by, AI.

The ease of online shopping will cause financial stress for millions of people, as online retailers increasingly use AI and personalization to effectively target consumers and prompt them to spend income that they do not have. The resulting debt and personal bankruptcies will cause depression and other health concerns caused by stress, which is capturing the attention of the WHO.

“The side effects of technology that promote addictive behavior are not exclusive to consumers. CIOs must also consider the possibility of lost productivity among employees who put work aside for online shopping and other digital distractions. In addition, regulations in support of responsible online retail practices might force companies to provide warnings to prospective customers who are ready to make online purchases, similar to casinos or cigarette companies,” Plummer said.

This story, “Gartner crystal ball: Looking beyond 2020 at the top IT-changing technologies” was originally published by