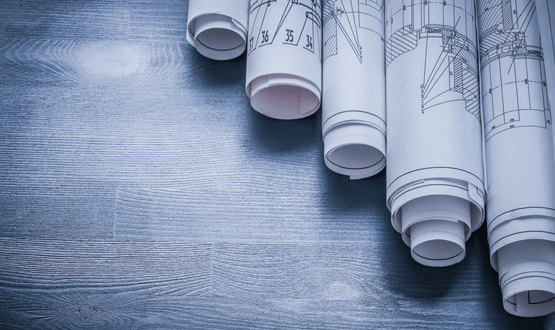 The Global Digital Exemplar’s blueprints programme has “hit the usual NHS problem of low adoption” and should have had greater focus on site visits and consultancy, digital leaders have said.

One year on from the release of the first wave of blueprints and it’s unclear what the uptake has been and if any systems have successfully been implemented in other trusts.

More than 80 blueprints are available through the FutureNHS Collaboration Platform for Global Digital Exemplars (GDEs) from e-sepsis to medical devices integration through to e-observations, therapeutic observations and communication platforms.

The documents, which contain timelines for implementation, web links, website content, terms of reference and fair processing information as well as Q&A sections, are designed to be used by any NHS hospital trust to more quickly instil digital improvements.

Michael Fisher, chief clinical information officer (CCIO) of Royal Liverpool and Broadgreen University Hospitals NHS Trust, said it was too soon to determine if the programme had been a success, but added that it appeared low uptake was becoming a problem.

“I just get the impression that it’s hit the usual NHS problem of low adoption,” he told Digital Health News.

“But as for the actual difference that will make, I don’t think we are going to be able to assess that for another two to three years.”

Fisher, whose GDE trust has published a number of blueprints including an e-sepsis programme in the first wave, said “good conversations” had been had with other trusts about Liverpool’s blueprints, but it wasn’t known how many trusts had used the document.

“It’s definitely not the case that it’s not achieved anything, I just think given the amount of money and resource put into it there is more potential there that could still be harvested,” he added.

Mandy Griffin, chief information officer at Calderdale and Huddersfield NHS Foundation Trust – which was recently announced in the first wave of Digital Aspirants – also suggested that uptake of the blueprints was low, based on conversations with colleagues.

“I get the feeling that those who have been a fast follower or those who have little investment may have used the blueprints, but I don’t think people are really looking at them at the minute,” she told Digital Health News.

A consultancy instead of a document

Fisher and Griffin each suggested a consultancy-type service between GDEs and other trusts would be more successful than a static blueprint document.

Fisher has previously said the blueprints would be “useless” without allocation of resources for trusts who have used the technology to pass on their knowledge to trusts who haven’t.

“I stand by my comments from before that I think trying to duplicate a static, written document from a different organisation, which started in a different place from where you are in your organisation, is actually a really difficult thing to do,” he said.

“I think the most powerful way of using these would be to use them as a core of a more wraparound consultancy service, with people from the GDEs involved in the blueprints.

“If somebody is interested in implementing one of those blueprints, they get access to people from the trusts who did that work who could take a look at the organisation in terms of where they are now and how to use the blueprints, to wraparound some kind of implementation platform.”

Griffin said the blueprints weren’t “[my] first point of call”, adding: “I just don’t have time to sit and trawl through a blueprinting website. I’ve hardly got time to read my own emails.”

Instead, she suggested regular meetings with trusts and suppliers would be more beneficial.

“My manta is if you want to do something, go and look at it somewhere else,” she said.

“I would find going to other trusts to look at what they are doing much more beneficial than reading a 10-page document.

“A lot of people talk a good story but when you get there and see it for real it might not be what you expected, or it might even be better than you expected. So I don’t often do much now, that’s already out there, unless I go and see it.”

NHSX and NHS England have been contacted for comment.

Digital Health News in February asked the organisations how many blueprints are being used by trusts, the cost of the blueprinting programme to-date and for examples of success surrounding the programme.