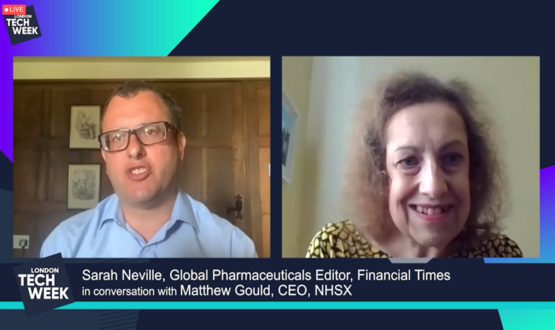 There were “several” lessons learned during the development of the Covid-19 contact-tracing app but NHSX “did what it was set up to do”, the head of the organisation has said.

Speaking at London Tech Week on 8 September, Matthew Gould spoke about the journey of the app, which was abandoned in June in favour of a model based on Apple and Google’s technology.

He said several lessons were learned along the way including that “tech is difficult and unpredictable”.

“We did what we were set up to do, which is at a point where there was a possibility of new technology being helpful we spun up a team to develop it and try it,” he said.

“Secondly, when Apple and Google said they were going to produce the framework on which such apps could be based fairly soon after that we spun up a second, parallel track.

“Thirdly, and probably most importantly, more than any other country we tested. We tested them both together, we tested them in the field to see how people responded to them, we tested them under controlled circumstances so we could see how they performed technically.

“It was on the basis of that substantial testing that we took the decision that the app based on the Apple and Google framework was more likely to perform in the way we needed it to.”

Gould said the combination of gathering expertise and testing was the “right thing to do” given the complexity of the task.

“The last lesson on this is that tech is difficult and unpredictable,” he said.

“It would have been simpler to have not done substantial testing and just produced it and put it out there, but I think we did the right thing with the substantial level of testing that we gave it.”

NHSX first revealed it was working on a contact-tracing app in March. An initial trial was launched in May but the app was abandoned in June in favour of apple and Google’s solution.

Field tests revealed issues with both versions of the technology. The NHSX version was able to register about 75% of nearby Android devices, but just 4% of iPhones.

The Apple and Google model was more accurate, logging 99% of Android devices and iPhones, but had difficulty measuring the distance between users’ devices.

The government instead announced it would work with Apple and Google using the tech giants’ APIs to develop a new version of the app. A trial of that version was announced on 13 August.

The development of the second version of the contact-tracing app was handed over to NHS Test and Trace, headed up by Baroness Dido Harding.

Speaking about the decision to hand the development of the app over Gould said “it was right” that it be developed by the organisation tasked with tracing Covid-19 in the country.

For more information about the contact-tracing app and the bumps along the way take a look at our timeline piece here.