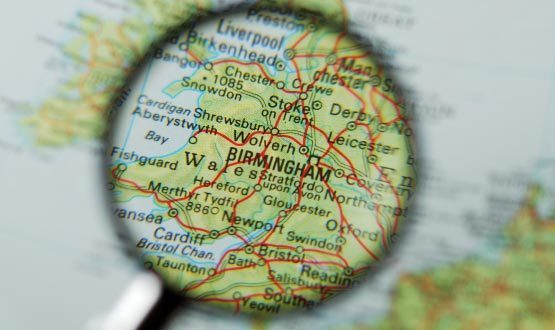 GP at Hand could soon be rolled out across Birmingham after NHS England retracted its objections.

The proposed roll out was originally blocked by NHS England, after Hammersmith and Fulham Clinical Commissioning Group (CCG) – of which the practice at which GP at Hand users are formally registered is a part – raised concerns.

Digital Health News understands NHS England is now working with Hammersmith and Fulham and Birmingham and Solihull CCGs to agree on a start date after a solution was reached.

The Babylon-powered GP at Hand offers digital appointments via smartphones 24/7, and face-to-face appointments when needed.

Birmingham and Solihull CCG – which did initially raise objections to the proposed rollout – said GP at Hand’s expansion would help support the development of the city’s digital offering.

Paul Jennings, the CCG’s chief executive said: “Working in close collaboration with our GP provider organisations, we are supporting the development of a local digital offer that will help to transform the lives of our 1.3 million patients.

“This will be available to all Birmingham and Solihull practices by the end of March 2019.

“This is part of our commitment to offer patients local, responsive and high-quality primary care services, which meet their needs, as well as helping to future proof and sustain general practice.

“Working as part of the wider local health and care system, we are excited about the digital developments ahead for Birmingham and Solihull.”

A GP at Hand spokesperson said the company “welcomed the decision”.

“We will continue to work closely with NHS commissioners, regulators and local providers on the safe and effective delivery of all our services,” the spokeperson added.

The decision has caused consternation in some circles, however.

“It is difficult to see how a practice based in London will be able to deliver meaningful population-based care to patients who live in Birmingham. The expansion clearly undermines the importance of place-based care to the NHS long term plan.

“Technology has the potential to transform the NHS, but it must be implemented in an equitable way that benefits all patients and that is not to the detriment of the general practice service as a whole.”

He added: “The well-documented problems that GP at Hand patients have experienced in London, as well as the disruption it has caused to local funding arrangements, will likely only be replicated in new cities if the service is rolled out there.

“Following this decision, NHS England must make it their priority – as promised in the GP contract agreement – to complete its review into the out of area arrangements that GP at Hand has exploited for too long.”