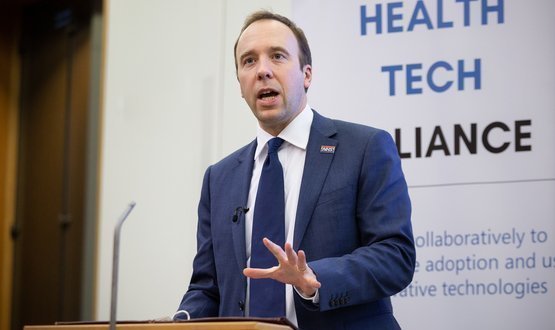 Matt Hancock has survived another cabinet reshuffle and will remain as Secretary of State for Health and Social Care.

Prime minister Boris Johnson carried out a reshuffle of his cabinet with casualties including Sajid Javid who resigned as Chancellor of the Exchequer. Former chief secretary to the treasury, Rishi Sunak, was later named as his successor.

However Hancock, who replaced Jeremy Hunt in 2018 and survived a smaller reshuffle which took place soon after the December general election, managed to keep hold of his role.

Hancock was pictured looking particularly happy as he entered No.10 this afternoon.