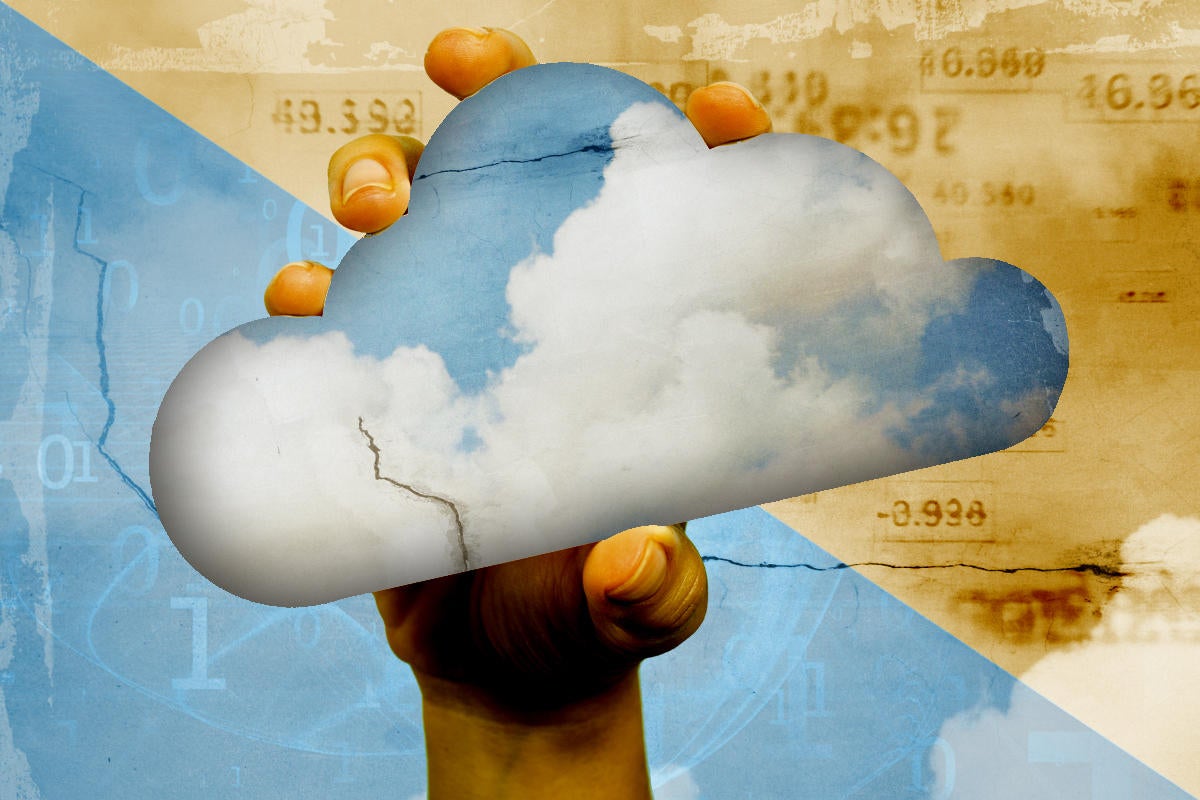 The IT team at Perkins+Will used to support a sprawling SAN environment for its complex commercial-building renderings.

When the Chicago-based architecture firm – which has 2,500 employees in 30 locations around the world – outgrew its SAN environment, Perkins+Will chose to migrate away from on-premises data centers and edge devices to a cloud-based storage system. Suddenly CIO Murali Selvaraj faced a difficult challenge: How to restructure the firm’s 50-person global IT organization to meet the needs of the hybrid cloud?

“We are not a firm that fires people willy-nilly,” Selvaraj says. With no industry best practice for how to rethink staffing in this new era, Perkins+Will charted its own course, following a cultural philosophy Selvaraj sums up this way: “When people are happy, motivated, and educated, they adapt to new technologies and we get the best out of them.” His task was to reimagine IT, drawing on time- and cost-savings of hybrid cloud, to add greater benefit to the business.

For instance, IT can now take on “innovation projects” in application, product and customer development as well as process-oriented efforts such as onboarding of new employees and firms that come from mergers and acquisitions. “We are recalibrating from local thinking – how to make the edge devices work – to global thinking of how we can add value,” he says.

“We were staffed as traditional IT with development teams and infrastructure teams kept separate,” he says. Now, in a hybrid environment, he finds skills are less about silos such as hard-core server configuration and more about how everyone uses cloud-based tools such as the Microsoft Azure platform to manage and monitor scalability.

HealthMarkets started progressing towards the cloud five years ago, driven by the seasonal demands of the then newly released Patient Protection and Affordable Care Act.

“We wanted to be able to scale up for demand and scale down to control costs,” Terrell says. December 15 is the highest demand day of the year, with open enrollment for the ACA sparking 10 times the usual call volume to the now cloud-based call center, while December 16 is the quietest day. “I simply couldn’t affordably scale the data center to handle that situation.”

The 70-member IT team supports a hybrid environment for back-office applications as well, with the phone system and Microsoft Office365 moved to the cloud while the commission processing and administration platforms live in the data center.

“The move to the public cloud changes the paradigm from not just how IT engineers do their work, but understanding the business behind it,” says J.R. Storment, who worked with large enterprise customers for eight years as co-founder of Cloudability and helped to found the newly created, FinOps Foundation, a nonprofit trade association focused on codifying and promoting cloud financial-management best practices and standards .

He believes rules, mindsets and perceptions all have to adapt to a world of operational expenditures (vs. capital expenditures) and real-time scalability (vs. lengthy procurement cycles). “It can be a painful transition because there is a tremendous amount of new knowledge that has to be understood and new skills that need to be obtained. It’s a lot like drinking from a fire hose,” Storment says.

Each of these experts in cloud transformation, along with others, share their experience and advice for staffing the hybrid cloud.

Christopher Gerhardt, president and managing partner at GrayBeard, a consultancy in Richmond, Va., calls the hybrid cloud “an illusion”.

Gerhardt assumes executive roles for large IT enterprises such as gaming companies and financial institutions, on a fractional basis, and helps them make the transition to the cloud. He says hybrid environments force companies to contend with all the problems of running a data center and staffing a data center, as well as the footprint.

“You’re stuck needing new skills and old skills, so you’ll never get to the full benefits of the cloud if you aren’t willing to disrupt the organization,” Gerhardt says. That includes disrupting the staff – a necessity if a company want to go all the way to the cloud. “Workforce transformation should never be the barrier to the cloud.”

Instead of being deep matter experts on one layer of technology, Storment says many companies are moving IT towards product-oriented development and asking everyone to be a jack of all trades, full-stack engineers, and full-minded business leaders. “This change has to be carefully navigated, and all voices have to be at the table,” he says.

Once Selvaraj developed a vision for how to go hybrid at Perkins+Will, he began communicating that vision to his team. “It didn’t happen overnight. This has been a conversation and a journey,” he says. He explained to the team that the change would free them up for more strategic activities and that what they would be doing would be perceived as more valuable to the organization. “80% of the people raised their hands to sign up for this,” he says.

At HealthMarkets, Terrell acknowledges encountering some pushback early on. “Our infrastructure team was not necessarily excited about [these new] roles, which are not as hands-on with servers, storage, and the network,” he says. Eventually, “they saw it as an opportunity to learn new skills and freedom from the routine maintenance that occurs in a data center.” He considered it important to be upfront that individuals would no longer have exclusive control of infrastructure. “Our team was able to adapt quite well,” he says.

Gerhardt believes honesty is the best policy when moving to the cloud. “You’ll lose the people you want to keep if you don’t tell them [your plans],” he says.

Eduardo Campos, co-author of “From Problem Solving to Solution Design: Turning Ideas into Actions”, agrees. “You have to bring people along and explain we are all in the same boat. You’ll have to deal with bad feelings if people feel devalued,” he says, especially when employees are going to be asked to re-skill, which will mean time away from their family getting trained.

With buy-in from chief executives, Gerhardt often takes a strident approach to skills assessment, telling IT teams that “no one has a job” as of the first day of the transformation. He refers everyone to Human Resources, which conducts soft and hard skills assessments. Starting out this way, he says, enables people who are anti-cloud to self-select out of the system and “you don’t have to worry about them undermining you.”

In one organization, where he was moving the ERP ecosystem to the cloud, it took six months of planning with leadership and HR and then another 18 months to complete the re-staffing. His greatest lesson learned is not to underestimate the value of employees with institutional knowledge and intellectual property expertise.

Campos says organizations should anticipate a certain level of attrition. “Some people might not want to learn new skills or change behaviors,” he says. He supports the idea of partnering with HR as well as behavior experts to assess your team’s ability to succeed in the cloud environment.

Selvaraj says he conducted the one-on-one skills assessments himself and asked team members “what piqued their interest”. He was lucky in the diversity of their responses, so he didn’t have to struggle with too much overlap.

Terrell says he wants team members to be familiar with budgeting, how costs are allocated, and oversight. “Yes, the cloud is more affordable than the data center, but you have to be careful because you can create other problems for yourself by creating more environments. You can burn through money by having too many things going on at one time,” he says. “That was a learning curve at one point and is now a skills sweet spot.”

More often than not, Storment sees team members thrive in a cloud environment where business intelligence, analytics, and other more business-focused skills are required. With cloud, cross-team collaboration is critical because everyone has a vested interested in understanding costs and usage associated with cloud. “That never mattered before because with data center costs, on day one things like servers and storage equipment are a sunk cost,” he says. “With cloud, engineers and business teams need to interact with finance around daily visibility into costs, so they can understand the impact of their spend and make better decisions together.”

Selvaraj says a lot of the budget for training came from money saved by going to the cloud. “Our IT budget used to be spent at the network edge for storage, backup, data center resources, and more,” he says. He was able reallocate those savings directly into staff development.

One key area of focus for Perkins+Will is process management. Selvaraj found the Denmark offices to have employees highly skilled in this area and sent others with “the DNA” to do that work to train directly with senior staff, or “champions”.

HealthMarkets relies heavily on a development firm to help the IT team build up its skills. They started by training the newly formed development team and now those folks are training other IT staff downstream, according to Terrell. The team also used online webinars and local educational opportunities to get up to speed.

Gerhardt also depends on outside help to get IT teams but up to speed but is careful to draw them down as the internal team ramps up their own knowledge. “It might take longer to get something done at first, but I want them to learn,” he says, likening the approach to an apprenticeship.

With cloud experts in short supply and high in cost, Storment says the Foundation provides a place where cloud leaders can learn and grow, sharing best practices between these groups regardless of where they are today because “we all have much to learn from each other.”

Earlier this year, Storment, along with foundation member companies, including Spotify, Autodesk, and Atlassian, helped develop a “support group” for companies making the transition to public cloud. “Members receive high-level transformation support through the FinOps Foundation because it is an independent group of distributed IT, finance, and business leaders collaborating and sharing information so they can learn to speak the same language and make the cultural changes that are needed,” he says.

Campos says IT leaders should not overlook the need for softer skills in this hybrid environment. “Not all IT engineers are prepared for this. They need social skills to understand what users are working on and communications skills to talk to cloud providers and work on service level management contracts. That’s a different skill set,” he says.

The best thing about redesigning and optimizing your staff for a hybrid environment, Terrell says, is encouraging an environment of curiosity and innovation. “I tell my team, it’s going to be a nonstop learning process from here to retirement, so now is a good time to learn how to learn,” he says.

This story, “How to staff the hybrid cloud” was originally published by