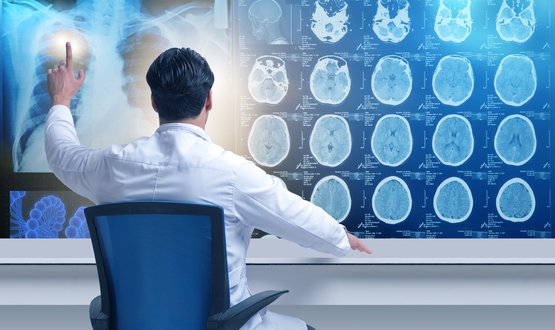 Charities and universities have teamed up to form the International Alliance for Cancer Early Detection (ACED) which also aims to develop radical new strategies for detecting the disease.

Advances in early detection technologies will help decrease late-stage diagnosis and increase the proportion of people diagnosed at an early and treatable stage, so a future for more patients can be secured, Cancer Research UK said.

Screening programmes exist for bowel, breast and cervical cancer, but for many types of the disease no screening tools exist and new technologies have been “slow to emerge”.

The charity said tell-tale early cancer signs were like “looking for a needle in a haystack”, adding the alliance will work together at the forefront of technological innovation to translate research into realistic ways to improve cancer diagnosis. These will then be adopted into the health system.

Cancer Research UK will invest up to £40 million over the next five years into the alliance. Investments from Stanford University and the OHSU Knight Cancer Institute will take the total potential contributions to more than £55 million.

“It’s an area of research where we have the potential to completely change the future of cancer treatment, turning it into a manageable and beatable disease for more people.

“Real progress in early detection can’t be achieved by a single organisation. Benefits for patients will only be realised if early cancer detection leaders from around the world come together. No more siloes, no more missed opportunities; let us tackle this problem together and beat cancer.”

Possible areas for research include:

According to UK statistics, the five-year survival for six different types of cancer is more than three times higher if the disease is diagnosed at stage one compared with survival when diagnosed at stage four, when the cancer has often started to invade surrounding tissue and other organs.

It comes as Professor Sir Mike Richards long-awaited review into national screening programmes found current IT systems “cannot support the safe running of programmes” and need to be upgraded “urgently”.

Sir Mike said the systems sat in an “over-complicated landscape” that hindered their delivery, ultimately contributing to worryingly low screening uptake across the country.

Breast and cervical screening programmes were deemed the least effective.

In response charities, including Cancer Research UK, said outdated IT systems were “jeopardising” patient care and called for the reports recommendations to be put in place “as soon as possible”.