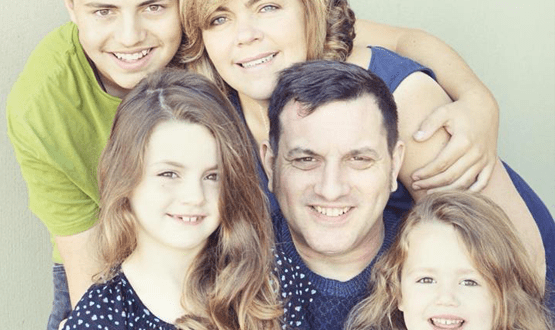 InterSystems UK is calling on the healthcare IT community to help raise funds for a colleague who has a rare brain condition.

The software systems company is hoping to raise £30,000 to build an assisted bedroom and wet room for Tom Spencer, who joined InterSystems UK as a sales engineer in 2011 supporting partners and end-users.

The father-of-three has been diagnosed with progressive supranuclear palsy (PSP), a condition caused by the premature loss of nerve cells in certain parts of the brain.

It leads to loss of balance, movement, vision, speech and swallowing.

As well as raising money for Tom, InterSystems is also planning to raise awareness of the condition by running a series of marathons, called ‘The Tomathon’.

Two groups will run in the Reading Half Marathon and Hampton Court Half Marathon on 17th March 2019 which follows a successful first outing for the runners at the Portsmouth Marathon on the 23rd December 2018.

Duncan Allen, sales manager at InterSystems UK is calling on the healthcare IT community who know Tom, or can empathise with his family situation, to support the cause where possible.

He said: “We are a group of ten friends, supporters and colleagues who simply wanted to find a way to help. I had the privilege of working closely with Tom for several years.

“Such was his ability and integrity that he became a trusted adviser to many NHS customers particularly in the Southwest of England.

“He combines great technical skills with great communication skills and an ability to get on with nearly everybody.

“There are many quotes on our crowdfunder site but one which sums him up so well is: ‘You have always brought optimism, good cheer, and cleverness to everyone around you’.”

You can donate via “The Tomothon” Crowdfunding page.