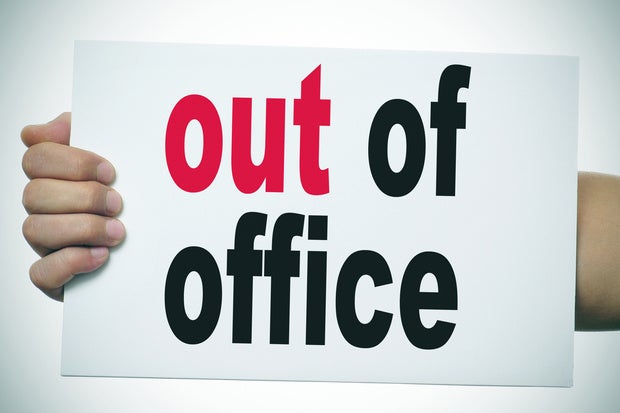 When was the last time you heard a company denigrate its own product — and practically beg you not to use it? Most likely never.

Well, there’s a first time for everything, and Microsoft is breaking ground in product marketing in a decidedly odd way, telling its customers not to use Office 2019 because it’s old, kludgy, hard to use and, in general, not just up to the task.

Sounds like lunacy, right? But it’s not. That’s because the company isn’t telling you to abandon Office entirely. Instead, Microsoft is throwing shade on Office 2019 to get you to switch to the subscription version of Office, Office 365. So while the campaign to disparage Office 2019 may sound bizarre, there are plenty of good reasons for it.

First, a bit of background. Office 2019 is the latest version of what Microsoft calls the “perpetual version” of Office. You pay for it once and own it forever. It doesn’t get upgraded until the next major version is released, typically not for several years. You can use it on only one computer. Prices vary depending on the version, for example, $150 for the Home & Student version, $250 for the more powerful Home & Business version, and a variety of pricing plans for enterprises.

Office 365, the subscription version of Office, by way of contrast, gets continually updated, and has many powerful features that the perpetual version of Office will never get, such as collaboration with co-workers via Excel, Designer and QuickStarter design tools for PowerPoint, and a number of researching and editing tools for Word. The price varies, depending on which Office applications you want, and how many devices you want to use it on, from $70 a year for Office 365 Personal to $100 a year for Office 365 Home, plus a number of different pricing plans for enterprises.

Do the math, and you’ll see that Microsoft makes a lot more money if you subscribe to Office 365 than if you buy Office 2019. Use Office 365 Home for five years and you’ll pay $500; use Office Home & Student 2019 for five years and you’ll pay $150. Of course, if you have multiple devices, you’ll be better off with Office 365, because you’ll be able to use it on an unlimited number of devices. And with Office 365, you also always get the latest and greatest features. So for plenty of people, it’s a better deal than the perpetual version.

Clearly, though, it’s in Microsoft’s financial interests to get you to subscribe to Office 365 and so provide it a constant, unending money stream. So it’s been doing everything it can to put a stake into Office 2019’s heart. For example, shortly after the Office 2019 launch, Microsoft increased its price by as much as 10%, depending on the version. Upping the price of a just-released product is not the way to get people to buy it. Around the same time, Microsoft announced that it was allowing Office 365 to be installed on an unlimited number of devices. Between the stick of higher prices and the carrot of unlimited devices, it did its best to move everyone to Office 365.

But not everyone moved. In fact, the vast majority of people didn’t. As Harry McCracken points out in Fast Company, Office 365 has 155 million commercial users and 33.5 million consumers who subscribe to it. That’s a lot of people. But it’s dwarfed by the approximately 1 billion people around the world who instead use the perpetual version of Office. So Microsoft’s carrot and stick haven’t worked.

Enter Microsoft’s newest campaign to convince you never to use Office 2019. Jared Sparato, corporate vice president for Microsoft 365, kicked off the campaign with a blog post that pretty much says everything Microsoft has to say about its view of Office 365 versus Office 2019: “The Twins Challenge: Office 365 crushes Office 2019.”

In the blog, he first extols the benefits of Office 365, which, he says, include apps that “keep getting better over time, with new capabilities delivered every month. Most importantly, Office 365 is connected to the cloud, so you can access your content from any device, coauthor with anyone in real-time … and use the power of artificial intelligence (AI) to create more impactful content with less effort.”

As for Office 2019, he points out that its apps are “frozen in time. They don’t ever get updated with new features, and they’re not cloud-connected. Also, Office 2019 doesn’t support real-time coauthoring across apps, and it doesn’t have the amazing AI-powered capabilities that come with Office 365.”

To prove the point, Microsoft created a series of three videos called “The Twins Challenge” in which pairs of twins are given tasks to accomplish, one with Office 365, and the other with Office 2019. One challenge is to perfect a half-finished presentation using PowerPoint, including designing a full set of slides. Naturally, the Office 365 twin uses Designer to quickly design and create the full set of slides, leaving her sister in the dust. She also instantly converts inked words to text and inked shapes to editable, reusable shapes. Again, Office 2019 is the big loser. In this and the other challenges, Microsoft chose tasks that it knew Office 2019 would fail at, so it’s not as if the playing field was level. But what company ever became a near-trillion-dollar behemoth playing fair?

Tech writers have called Microsoft dissing its own product “bizarre,” “weird” and more. But when you look at the money involved, it’s none of those things — it’s purely logical. Hundreds of billions of extra dollars are to be had if the company can convince people to abandon the perpetual version of Office for the subscription-based Office 365.

So it is true that Microsoft was crazy to launch its Twins Challenge campaign dissing Office 2019 — crazy like a fox, that is.

This story, “Is Microsoft crazy to diss Office 2019? Like a fox.” was originally published by