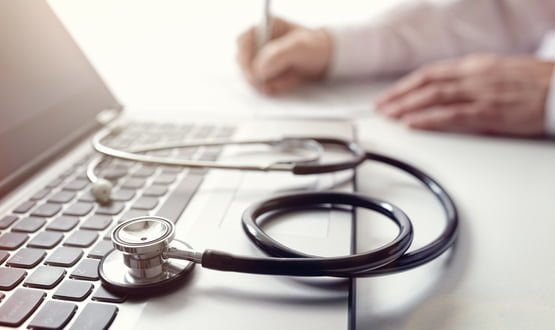 Just one in 10 GPs have recently conducted outpatient appointments via video despite many believing the technology could be used to ease pressure on services, a survey has found.

The Royal College of Physicians asked its members about new ways of working and barriers they currently faced, and found very few were turning to technology to provide appointments.

When asked about alternatives to face-to-face consultations in the college’s Barriers to Care survey, fewer than 10% of respondents said they had conducted more than 4% of their outpatient appointments by video in the last week.

Yet 70% of GPs surveyed said they believed at least some of their appointments could be carried out by video consultation.

The outlook was better for telephone appointments, but only slightly.

Some 18% of respondents said they had conducted between 10% and 20% of there appointments via telephone, while 11% said they carried out a similar amount via email.

Professor Andrew Goddard, president of the Royal College of Physicians, said: “Doctors and other healthcare workers all want to provide the best care possible for their patients and face some familiar and long-standing barriers to doing so.

“One way in which the NHS can meet the rising demands placed upon it is to provide care in new and innovative ways. Given the pressures they are under and, in many cases, the poor IT infrastructure they have to work with, it isn’t altogether surprising that more doctors aren’t already conducting consultations using video and other technological solutions, but there is enthusiasm for change and the RCP will continue to work with NHS England to transform services.”

The slow uptake of digital services is at odds with commitments in the NHS Long Term Plan to avoid up to a third of face-to-face appointments.

The plan, published a year ago, commits to a redesign of services over the next five years to reduce pressure on outpatient appointments, including through the use of digital.

A Kings Fund report from summer 2019 found a lack of funding for digital technology had left finance directors with “little or no” confidence that physical outpatient appointments would be reduced.

It found just half of NHS finance directors surveyed were “somewhat” confident that outpatient numbers could be reduced, while the rest had little or no confidence.

The Barriers to Care survey is slightly more optimistic, with 20% of respondents agreeing that up to a fifth of consultations could be conducted via video.