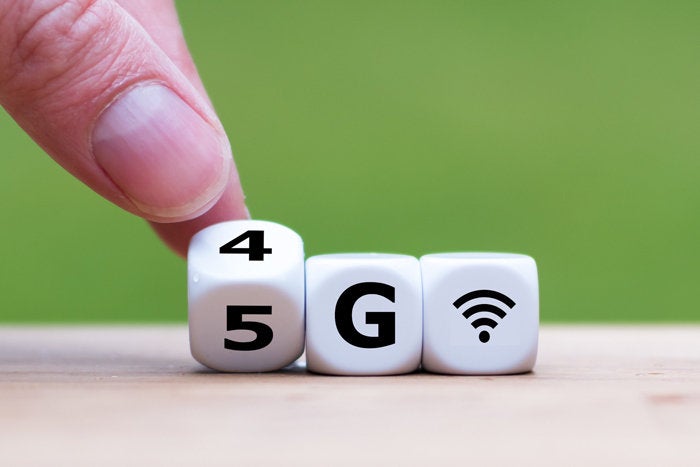 Federated Wireless is launching a turnkey 4G/5G service through a partnership with Amazon Web Services and  Microsoft Azure that runs over Citizens Broadband Radio Service (CBRS), which the Federal Communications Commission opened up to public use in January.

The idea is pretty simple: Federated’s new connectivity-as-a-service offering can be purchased directly through both the AWS Marketplace and Azure for a monthly fee. The company’s consultants and engineers do a walkthrough or site survey, ship CBRS equipment, install it on the customer’s network and monitor and manage the system afterwards.

It’s an idea with a straightforward upside: The 3.5GHz range in which CBRS operates is similar to traditional Wi-Fi, but doesn’t have the unpredictable multiplicity of other users to contend with. That means Federated is able to offer the same type of high-end throughput as a contemporary Wi-Fi system, but without all the interference from other unlicensed devices.

This makes it more suitable for applications where reliability and mobility are key, according to 650 Group technology analyst Chris DePuy.

“[U]se cases will include critical communications (employee to employee communication in a warehouse or amusement park), connecting vehicles in motion (like airplanes, vehicles, boats, heavy equipment), backhaul of other network traffic (like WiFi, BT, Zigbee), or potentially to connect machines,” he said. The move to use CBRS in enterprise applications has long been anticipated, and OEMs have been making radios and other gear for this particular piece of spectrum for some time, he said.

Federated CEO Iyad Tarazi said that the service is well suited for complex IoT deployments. “So the ideal customer is one that’s looking at public cloud, they’re looking to adopt advanced IoT and they want simple connectivity to go with it,” he said. “We are not looking to replace Wi-Fi here. We’re going to keep the solution very simple.”

CBRS has long been sought after by the tech industry to help ease the spectrum crunch around Wi-Fi and other unlicensed radio technologies. While part of CBRS is still reserved for federal government use, the FCC late last month opened up a large part of the band for commercial use, and more applications could well be on the way.

The FCC approved three tiers of access to CBRS:

“This is a very fast-evolving market, we’re learning and moving fast, things will look very different in a year,” Tarazi said.

Federated’s private 4G/5G CBRS connectivity service for AWS and Azure is available now for $370 per month per access point.