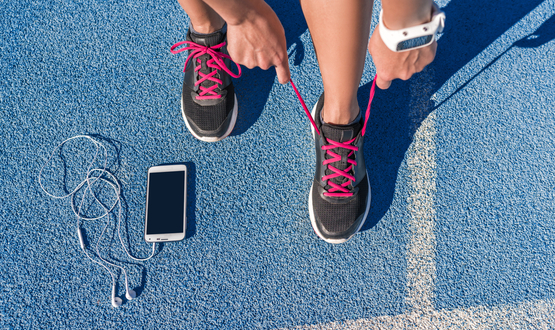 A record number of people have downloaded a fitness app which aims to get people running since lockdown began.

New figures show that downloads of Public Health England’s ‘Couch to 5k’ app has soared over the last three months.

Couch to 5k is a running plan for beginners provided by Public Health England, helping those who are unfit or don’t regularly exercise to take positive steps for their health and fitness.

Designed for people who have done little or no running, the app provides guided commentary from a coach and easily helps users to track progress, with getting three runs per week.

Dr Nikki Kanani, NHS national director for primary care, said: “Lockdown has been a difficult time for so many of us and with millions of people working in new ways and not doing the activities they usually would, we know that it can be much harder to get motivated to get up and go.

“It is incredible to see that practical tools like Couch to 5k have become even more popular over the last three months – keep going if you’ve started and download the app if you want to increase your activity levels. It won’t be the right solution for everyone, but it’s a simple way to begin and small steps can make a massive difference to your health and your lifestyle.”

Already used by millions across the country to kickstart running since it launched, NHS leaders have said the Couch to 5k programme and other fitness apps could aid even more people to lead healthier lifestyles.

Rosanna O’Connor, acting director for health improvement at Public Health England, added: “Lockdown has been challenging for us all but it’s hugely positive to see so many people using this opportunity to get more active and using Public Health England’s app, part of its Couch to 5k campaign.

“Keeping active is not only good for our physical health but also crucially at this time helping us look after our mental health. And staying fit and healthy means we’re also playing our part in supporting the NHS.”