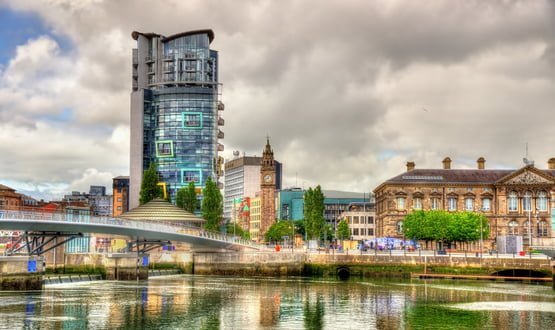 A tender notice for an integrated imaging system serving the whole of Northern Ireland has offered insight into Health and Social Care in Northern Ireland’s (HSCNI) future plans with US systems supplier, Epic.

Called the Northern Ireland picture archive and communications system + solution (NIPACS+), the system will operate as a single system with the facility to store, distribute, view and diagnose images by all organisations involved in the delivery of care on behalf of HSCNI.

The contract carries a valuation of between £80m and £132m and runs for a duration of 10 years, with the option for the term to be extended by a further five years.

Crucially, the publicly-available tender notice suggests that NIPACS+ will require some degree of facilitation for Epic later down the line, stating: “Options will be also required for additional interface development and additional data migration. BSO may exercise an option to implement the epic [sic] radiology information system at a still to be determined time during the NIPACS+ contract.

“This may require additional assistance from the NIPACS+ solution supplier.”

In June 2019, HSCNI announced that it had informed Epic of its intention to award it a contract to deliver a new integrated health and social care record serving Northern Ireland.

The programme, called Encompass, aims to transform health and social care in Northern Ireland by removing the many disparate systems currently in use by its five health trusts, health boards and government healthcare services.

The core functionality of the NIPACS+ solution will include a regional single integrated RIS/PACS/VNA service for HSCNI and the facility to store, distribute, view and diagnose images both within radiology and those which originate outside of the radiology domain in their native format. In addition to the core functionality the NIPACS+ solution should be capable of extension to include the optional functionality/further options as noted at Section II.2.11).

Further detail is contained in the memorandum of information available with the procurement documents on eTendersNI. The proposed contract will be entered into by BSO for the NIPACS+ solution to be implemented as a single instance across Northern Ireland for use by those involved in the delivery of care on behalf of HSCNI.

Not much has been heard about the proposed agreement since, with HSCNI declining to comment on ongoing discussions when contacted by Digital Health News.

Northern Ireland’s department of health has been busy briefing the country’s new health minister, Robin Swann, since he was appointed to the role in January, following almost three years without a government and direct rule from London.

Swann has been made responsible for addressing the inadequacies in the country’s healthcare service and securing the estimated £200m it will take to reform NI’s health and social care system.

The Bengoa report was published in October 2016.

Commissioned by ministers in the last NI government, the report sought to address the main healthcare challenges facing the country and explore the ways in which health services could be transformed.

This includes the establishment of so-called accountable care systems (ACSs) which, similar to England’s integrated care systems (ICSs), would improve the performance of primary, secondary and social care settings by generating networks of integrated partnerships and enabling a more joined-up approach to healthcare delivery.