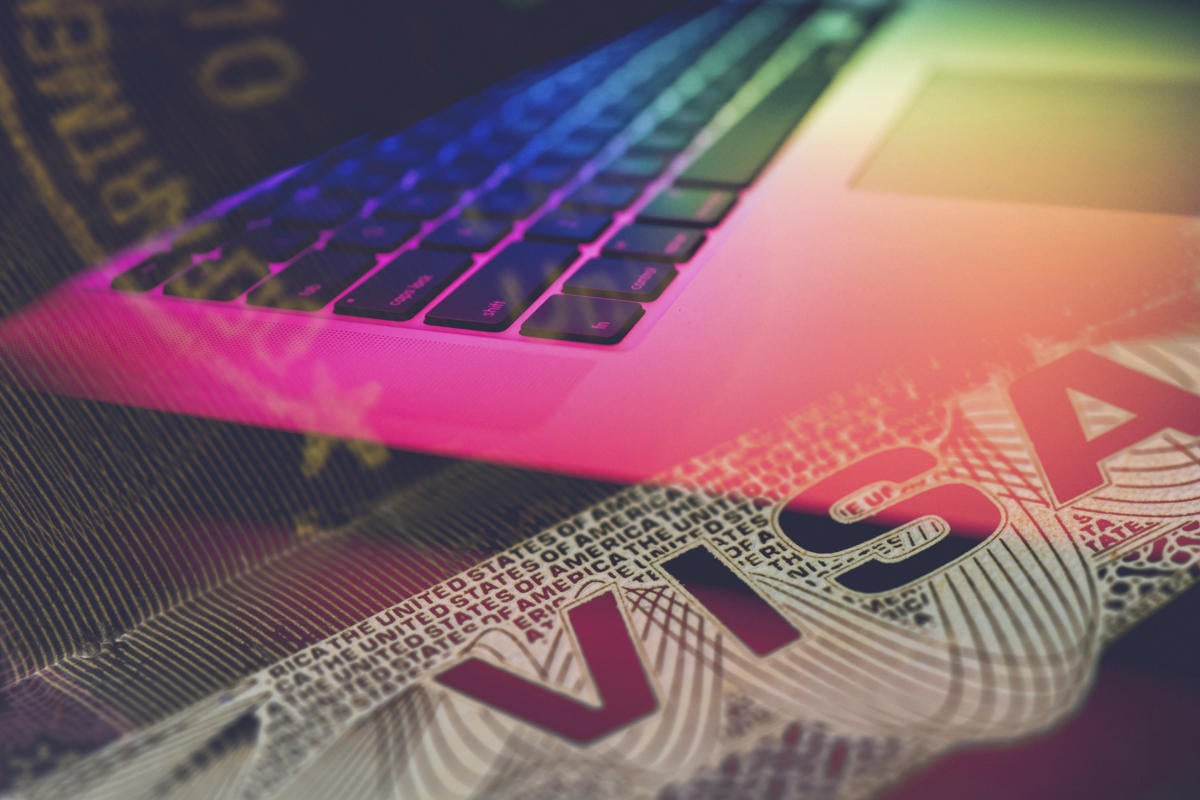 For many companies, the H-1B visa program has been a valuable source for IT talent. The program, which awards 85,000 visas to foreign workers each spring based on a lottery system, has also been met with controversy, not just as a perceived means for replacing American workers but also for the administrative burden of its process, which has had a limiting effect on which companies apply.

But in 2019, U.S. Citizenship and Immigration Services (USCIS) overhauled the H-1B visa lottery process, promising an easier-to-use, streamlined application process including an online portal. That electronic registration tool, however, was delayed for testing. The pilot program finally wrapped up in December 2019, and the electronic system is now ready for the FY 2021 lottery.

The USCIS sees the electronic registration process not only reducing paperwork and data exchange but also providing cost savings to employers petitioning for H-1B visas. Employers and those working on their behalf, such as legal professionals, will now complete a simplified registration process that requires only basic information about the employer and each requested worker. There’s a $10 application fee for each petition filed, and employers can submit up to 250 petitions.

Initial registration for the FY 2021 cap will open at noon Eastern on March 1, 2020 and run through noon Eastern on March 20, 2020. USCIS will then determine whether enough registrants have been filed to fill the cap, or if the number of pre-registrations exceeds the maximum number of H-1B visas available, in which case the random selection process will be necessary. Only those with selected registrations will then be eligible to file full petitions for the H-1B visas.

Prospective petitioners and their representatives may create accounts beginning February 24, 2020 and register throughout this period. Selections will take place after the initial registration period closes, so there is no requirement to register on March 1, according to USCIS.

The new process and electronic portal have the potential to greatly impact the level and breadth of sponsorship for H-1B visas, experts say.

“If this works as advertised, I’m all for it,” says Punam Singh Rogers, a business immigration attorney with Constagny, Brooks, Smith & Prophete. Rogers, who works with U.S. employers to design and implement immigration strategies, believes the new process and portal will increase the number of employers submitting petitions to sponsor talent, because of the low fee and ease of application.

“I think we’re going to see a very high number this year. At $10 a pop and the fact that you don’t have to gather all the information up front — some of our clients are already saying they’ll be taking advantage of that,” she says.

Previously, companies were required to submit a complete application on behalf of foreign nationals they wanted to sponsor and pay the entire application fee. That process often took the better part of a year, and cost more than $2,000 per applicant, not to mention the additional costs of hiring legal professionals to assist with the process.

Now, Rogers says, there’s a limited amount of information required: legal company name, the company’s business, EIN, address, as well as the authorized representative/signatory of the company’s full name, title, phone number and address. Once that information is submitted, companies can add information for each “beneficiary,” referring to potential H-1B visa holders the company wants to sponsor. USCIS asks for the beneficiary’s legal name, male/female gender (only options available), date of birth, country of birth, country of citizenship, passport number and whether they currently hold a U.S. master’s degree.

“Based on this, [the USCIS will] see if they’ve filled the cap. If they have, by March 20, they’ll shut down the registration,” Rogers says. “If not, they’ll keep it open, and then they’ll do the lottery selection between March 21 and 31, and announce selections April 1. At that point, companies have ninety days to submit their workers’ full application.”

The changes may spur many more companies to apply to sponsor workers, Rogers says, especially smaller organizations that previously couldn’t afford the up-front costs and other overhead.

“We may see companies doing their own registration now, honestly, because it’s simplified and much less expensive up front,” Rogers says. “Then, if they get selected, they could designate an attorney to help.”

Rather than split H-1B applications into two pools, with applicants with undergraduate degrees vying for 65,000 visas and those with advanced degrees vying for the 20,000 remaining, applicants will be combined into a single pool, from which 65,000 visas will be drawn by lottery, with the USCIS selecting 20,000 workers for the advanced degree exemption from the applications left over.

“There could be an influx of applications that could impact the percentage of those applicants with master’s degrees. That could be an unintended consequence,” she says.

“This is great for companies who want to increase the percentage of people with advanced degrees, but not so great if you’re an InfoSys or a Cognizant or another giant IT firm like that who’s hiring mostly people with undergraduate degrees,” Burke says.

It remains to be seen whether the increased volume of applicants predicted by the simplified registration and low application fee will negate last year’s change.