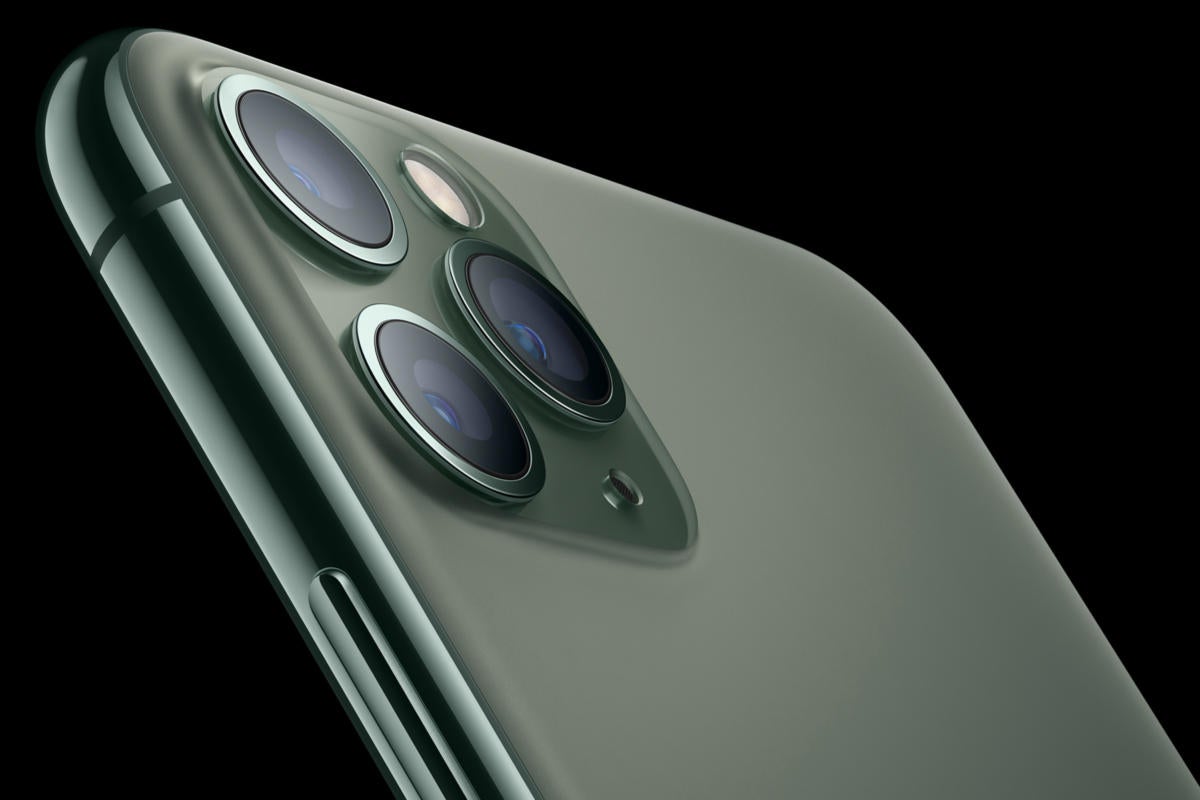 Apple introduced the new iPhones this week. It was all about the cameras.

But no matter how good Apple’s lenses, camera electronics and computational photography AI gets, that’s all still an evolution of what everybody is already doing: taking selfies and cat videos.

Apple didn’t even mention the real revolution, which will change everything.

The iPhone 11 and iPhone 11 Pro will contain an Apple-designed chip called the U1. The U1 chip enables ultra-wideband (UWB) positioning, which means it’s designed to pinpoint the locations of nearby objects.

Ultra-wideband used to be called pulse radio. It’s been used for years in military and medical applications. But UWB is uniquely suited to real-time locating systems (RTLS), which is what Apple is going to use it for.

Apple notoriously lags in the introduction of new technologies. For example, the new iPhones don’t even support 5G, even though Apple’s Chinese and Korean competitors are offering 5G phones.

Yet the iPhone is the first and only major phone supporting UWB, that I’m aware of. Apple is so far ahead that just last month, Engadget said in an article about gathering industry interest in UWB, “The technology is still a fair way off from consumer use.” Turns out that “fair way off” was a few weeks.

Apple’s leadership in UWB reminds me of the company’s aggressive rollout of Bluetooth 4.0 a few years ago. The leap from Bluetooth 3.x to 4.0 was a giant one, and for months Apple was the only major company that supported it. (The iPhone 4S was the first major smartphone to support Bluetooth 4.0. And the iPad was the first tablet to support it.)

UWB can pinpoint objects’ locations with 30cm accuracy, at a conservative estimate, passing through walls easily but not interfering with Wi-Fi.

It can transfer data at up to 8mbps, which is far faster than Bluetooth.

UWB uses “time of flight” to pinpoint location (measuring the time of signal to gauge distance), enabling it to know not only in which direction an object is, but how far away.

UWB technologies will probably replace most uses of Bluetooth LE and even RFID.

RFID, like Bluetooth LE, is cheap, ubiquitous and already implemented. But UWB is far more accurate, and it’s compatible with environments where other wireless standards are being used — especially in hospitals, where you really don’t want to be interfering with medical devices.

Apple is building an ultra-wideband monster

The U1 enables you to AirDrop a file in a specific direction, boosting convenience slightly. In fact, this is to date the only feature Apple has announced for the U1 chip (the feature should be rolled out with iOS 13.1 on Sept. 30). And it’s very simple and Apple-esque in its implementation: Just point your iPhone at the person you want to AirDrop to, and that person’s device will appear first on the list.

That’s just the beginning of what Apple is planning.

Rumors, leaks and guesswork suggest that Apple is working on a Tile-like system for finding anything tagged with small, round, white objects that Apple is expected to sell in the future. This “Apple Tags” product is internally code-named B389. (Tile is a product that uses Bluetooth tags, which you place on your keys, your wallet and your dog, so that when you lose them, you can use the Tile app to find them. If they’re all located in the same place, it means the dog has eaten your keys and wallet.)

Because Apple’s version would use UWB, it should be far better than Tile.

Tagged items might appear in an app, called “Find My,” along with other Apple devices, as well as your friends, which are currently tracked in separate apps. As in: Find my keys, iPad and wife — all together in the same app.

Other speculation suggests an augmented reality (AR) interface, so you can wave your phone across the room, and a virtual red or orange balloon shows you the location of the lost object. I expect Apple to provide third-party developer access within a year or two to the U1 capability, which will be killer for augmented reality games and apps.

The B389 product lets you designate “Safe Locations” where items are considered to be not lost; if they leave those locations, the app will alert you.

If you leave your Apple-tagged wallet in an Uber, you can open the “Find My” app to enter that object into “Lost Mode.” Other Apple users will then be notified, and they can contact you to help you get your wallet back.

Apple almost certainly has big plans for UBW and the U1 chip. Remember iBeacons? It’s Apple’s beacon system (launched in 2013) for retail stores, public venues and other applications. The idea behind iBeacons is that you place location sensors all over the place, so that someone with an iPhone or other device can navigate and locate and carry on with spatial awareness. Earlier this year, a European Apple patent revealed a UWB version of iBeacons, called “Node Anchors.”

Apple’s iBeacons are currently based on Bluetooth LE. It’s fairly inaccurate, however, because false distance readings are easily produced by someone standing in the way, or low energy output of the reading device. The UWB version of iBeacons should be far better and more accurate.

Some car companies are using UWB technology for key fob wireless, which is more secure than other technologies because it prevents wireless relay theft (where crooks pick up, magnify and redirect the signal from a key fob inside the house to steal a car in the driveway). It’s easy to imagine Apple convincing car companies to support the U1 chip for secure unlocking of cars with an iPhone.

Four years ago, Apple released an app called “Indoor Survey,” designed to enable business owners to map indoor locations based on the strength of Wi-Fi and Bluetooth signals. The idea was to improve store and venue apps that used iBeacons technologies and wanted to offer indoor navigation services.

Apple quietly updated Indoor Survey a few weeks ago with an all-new design, coaching wizards, a new Notes feature for commenting on various spots on the map and all-new support for the Indoor Mapping Data Format (IMDF).

Apple refreshes its indoor mapping app just a few weeks before introducing its indoor GPS capability. Coincidence? I think not.

Enjoy the iPhone’s new cameras. But brace yourself for the real revolution.

This story, “New tech inside iPhone 11 is the future of everything” was originally published by