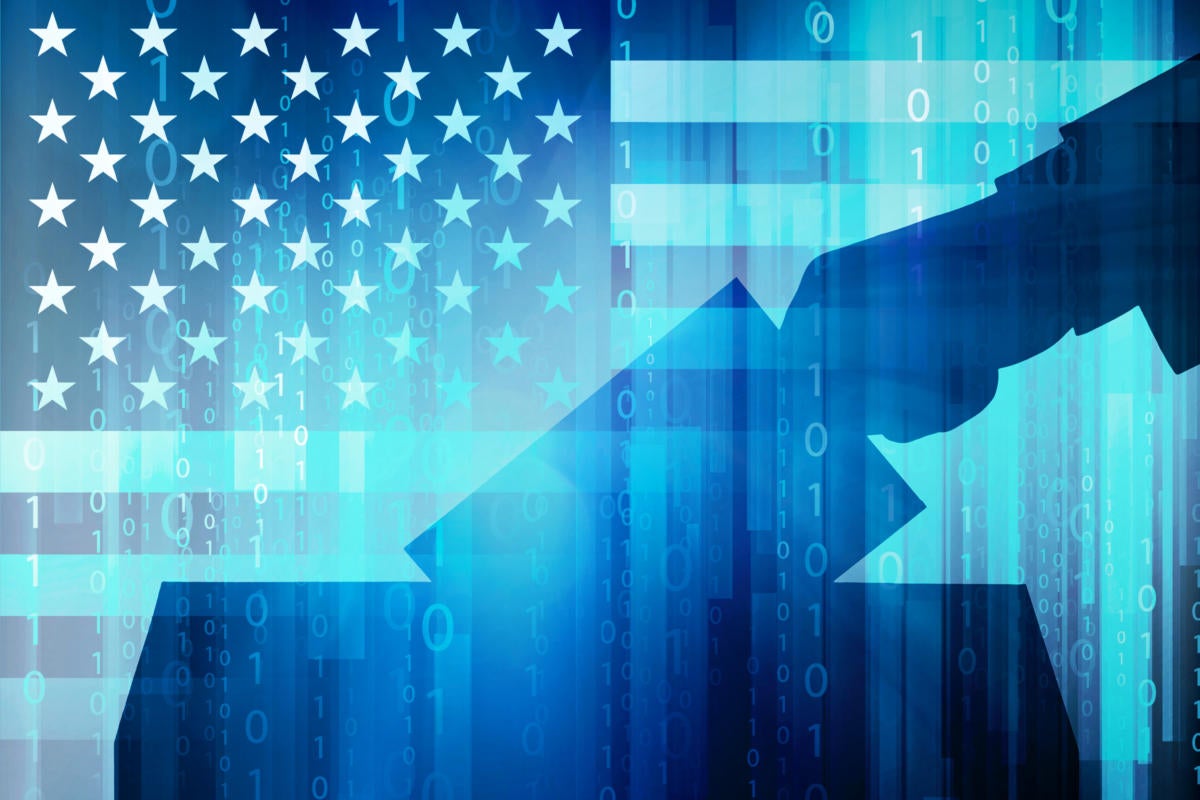 While the economic and social fallout of the coronavirus captures virtually all federal, state and local policymaking resources, the US is quickly moving into a critical election season with election safety and security issues still unresolved. Yesterday, the House of Representatives voted overwhelmingly to pass the latest in a string of coronavirus-related bills, a $484 billion economic stimulus measure, the Paycheck Protection Program, and Health Care Enhancement Act.

That bill, a companion to a law passed by the Senate, did not contain provisions to help states and local jurisdictions with the likely need for mail-in voting and increased voting security, as some lawmakers and state officials had earlier hoped.

Up to $4 billion needed for safe, secure elections

This latest stimulus bill follows several other pieces of stimulus legislation, including a significant bill signed into law on March 27, the Coronavirus Aid, Relief, and Economic Security (CARES) Act. The CARES Act provided $400 million for states to “prevent, prepare for, and respond to coronavirus, domestically or internationally, for the 2020 Federal election cycle.” Those funds are aimed at making voting in the upcoming presidential and other elections in November “safe” given the coronavirus scourge and the likely need for a quick shift to mail-in ballots in addition to continued electronic voting at polling stations.

That level of financial support was a far cry below the $2 billion sought on the Senate side for election safety and security by Amy Klobuchar (D-MN), Ron Wyden (D-OR), and Chris Coons (D-DE) and an even smaller fraction of the $4 billion sought on the House side by Chair Zoe Lofgren (D-CA) and Carolyn B. Maloney (D-NY). Those estimates came out of a study by the Brennan Center for Justice at New York University Law School entitled the Estimated Costs of COVID-19 Election Resiliency Measures.

According to the Brennan Center, the costs for states to gear up for universal mail-in voting options will be $982 million to $1.4 billion. On top of that, to safely maintain in-person voting, which the Brennan Center and most election experts still see as mandatory, is $271.4 million. Bolstering online voter registrations tacks on an additional $85.9 million, while educating the public on the procedures for voting in the time of coronavirus will cost an estimated $250 million.

Like many previous election funding measures, the CARES Act funding comes with strings attached. These restrictions, critics say, not only fail to help states substantially achieve a quick shift to mail-in voting come November but might also further damage the ongoing state efforts to improve cybersecurity in electronic voting. The National Association of Secretaries of State (NASS) flagged these problematic requirements in an April 2 letter from  NASS President and Iowa Secretary of State Paul Pate to Speaker of the House Nancy Pelosi and Minority Leader Kevin McCarthy.

Although NASS said it was grateful for the financial support, the CARES Act requires a 20% funding from the states, even if the legislative language doesn’t explicitly state this. NASS says states will be hard-pressed to come up with their 20% share given that most state legislatures, which shape state budgets, have already adjourned and won’t return before funds the expire on December 31, 2020.

On top of that, states are facing crushing budget demands themselves in the wake of the coronavirus while generating lower tax revenues and experiencing increased healthcare costs and other heightened expenses that stand in the way of their finding the 20% match. The slowdown in the global supply chain for things such as high-speed scanners and mail-processing equipment needed to run secure elections make the CARES Act funding look even less adequate as election officials scramble to pay steep prices for voting gear that is in short supply.

For now, states are spending “substantial sums of money” from other pots of money, according to NASS’ Pate, including funds from previous Help America Vote Act (HAVA) distributions, to help finance “absentee or all-mail ballot printing, mailing, postage, equipment, voter education, and additional staff to implement policy changes and process these ballots.” The states are hoping to remove the 20% match and push the accounting deadline for the funds until June 2021 in some piece of legislation soon so they can replenish the HAVA funds, which were originally intended for non-emergency administration and voting infrastructure cybersecurity improvements.

The questions now become when will states get Congress to make changes they need in the CARES Act funding, and when will Congress go back and appropriate more funds to get even a bit closer to the $2 billion figure? Some observers had hoped that the package enacted yesterday might push both of these balls closer to those goals.

“I haven’t seen anything indicating that anyone is seeking additional funds in the current package beyond what the Senate approved, though there are members who appear to be disappointed in the Senate bill,” David Levine, elections integrity fellow for the Alliance for Securing Democracy, tells CSO before the passage of the Paycheck Protection Program and Health Care Enhancement Act.

Keeping the package narrow increased “the odds of the bill becoming law, and even possibly passing the House by unanimous consent,” Levine says, putting less pressure on the House whose members are already having difficulty traveling back to DC safely. Finally, “it appears that advocates for more election security funding are gearing up to make a bigger push in [the next] coronavirus stimulus package,” according to Levine.

Lawmakers have passed a string of stimulus bills in addition to the CARES Act and the Paycheck Protection Program Bill and expect to pass another one in early May. The first coronavirus stimulus package became law on March 3 and provided funds for health agencies and testing and small business subsidies. Another stimulus bill was enacted on March 18 and allocated about $100 billion in taxpayer credits for paid employee sick leave, among other provisions.

Senate Rules Committee Chairman Roy Blunt (R-MO), a key figure on election issues, has seemed amenable to getting the states more money in one of the stimulus funding rounds. That’s in line with Democratic California Secretary of State Alex Padilla, who was quoted earlier this month as saying, “The $400 million appropriated for election administration in the last relief package … it’s simply not enough.”

Padilla’s office, however, tells CSO they were not aware of any big pushes to gain more legislative funding for elections in the next stimulus bill. Another source close to the matter tells CSO that she fears that delaying additional funding until May is a risky move given the enormous resources a shift to mail-in voting requires and the importance of eliminating the CARES Act restrictions on states.

This story, “No election security funding in latest round of stimulus funding” was originally published by