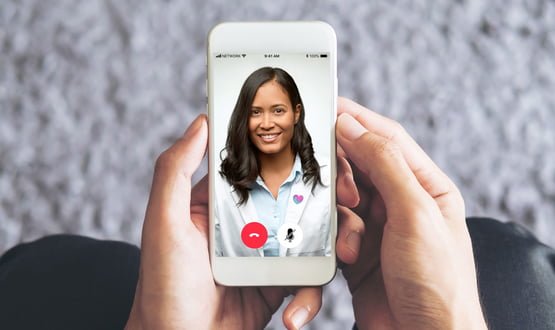 Providers of digital-first primary care will have their contracts disaggregated once they reach a threshold of 1,000 out-of-area patients under new NHS England plans.

The move would see Babylon, which powers GP at Hand, forced to set up 17 new alternative provider medical services (APMS) – including physical premises – based on their current patient registrations.

The provider is registered at Hammersmith and Fulham Clinical Commissioning Group (CCG) but the bulk of their patients live outside of the catchment area.

NHS England’s (NHSE) recommendations from their consultation on digital-first primary care were approved at the NHSE and NHS Improvement board meeting on 26 September.

Mr Waller said the decision to put the threshold at 1,000 was about “balancing the fact that we are trying to return patients to a practices that is based locally”.

As well as digital-first contracts being disaggregated when out-of-area patient registrations reach 1,000, under doctored areas will become places where new lists for digital providers are established.

The board agreed that during 2020/21, as a national process, it will aim to create a list of approved providers capable of setting up new digital-first practices in under-doctored areas only.

Mr Waller said there was “emerging evidence” that GP capacity can be increased in these areas with digital-first options and “we want to make sure that if that’s going to happen it happens first in the areas that need it most”.

In it’s response to the consultation Babylon said it “fully agrees” with NHSE plans to tackle the challenges, but that proposals to limit patient list sizes to CCG areas had “unworkable practical and administrative implications for providers and commissioners”. Instead the list sizes should be assigned to STP/ICS areas.

The provider suggested the out-of-area patient threshold should be set at 1,000 – the consultation suggested between 1,000 and 2,000 – but that payment should be made on a “per registered patient” basis to cover costs borne as a result of establishing new APMS.

The provider will now have to establish 17 new APMS to cater for the number of out-of-area patients registered with GP at Hand.

The Digital Healthcare Council also raised concerns about the proposal to diaggregate contracts when a threshold of out-of-area patients is met.

It argued changes to out-of-area GP registration rules will be “burdensome” if NHS England focuses on organisational boundaries rather than a patient-centre approach. The council, which represents eight digital providers, said patient care should not be limited to Clinical Commissioning Group (CCG) structures and boundaries and instead called for a “partnership model” between organisations.

The British Medical Association called for out-of-area GP registration rules to be “withdrawn” to prevent digital providers prioritising healthy patients in their response to the consultation.

If the out-of-area registration rules remain the same, a reduced payment should be applied to patients who have registered with a digital first provider, the BMA added.

The recommendations from the consultation suggest widespread support that “money should follow the patient”. The board agreed to make a CCG adjustment based on the age and gender of the patients registering with digital-first practices, plus the practice they were previously registered with.

But payments on new patient registrations will remain unchanged due to the risk of “destabilising” existing practices with high patient churn.