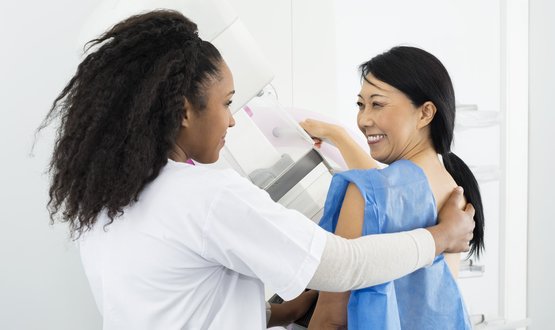 IT systems supporting cancer screening programmes in the UK are “woefully inadequate” and played a “fundamental role” in missed appointments, a damning report from the Public Accounts Committee (PAC) has found.

The government committee is also “extremely doubtful” NHS England (NHSE) will be able to deliver on its commitment to bring the “failing” IT system that supports the cervical screening programme back in-house in just six months’ time.

Members of the committee took evidence from four of the 11 screening programmes in the UK; breast, bowel, cervical and abdominal aortic aneurism. None of the programmes met their targets in 2017/18.

The technology used to identify those who are eligible for screening has been unfit for purpose since 2011, the committee found, but has still not been replaced.

“Our inquiry has exposed a health service that is losing its grip on health screening programmes,” the chair of the committee, Meg Hiller said.

“We are pressing the Department [of Health and Social Care] and NHS England to set out a plan of action to: better hold local screening providers to account, overhaul governance arrangements and develop an IT system that works as intended.”

The committee recommended Public Health England and NHSE develop a more integrated approach to its IT systems to make sure all systems in place can talk to each other to keep up with screening demand, including a single owner who is responsible for making sure the IT works as intended.

It also asked for a clear plan on how NHSE will deliver the “inherently risky” commitment to bring the IT system for cervical cancer screening back in house, remove the backlog of samples waiting to be tested and roll-out a new testing scheme in just 6 months.

Speaking at a PAC meeting in March, NHS chief executive Simon Stevens announced Capita was to be stripped of the cervical screening contact and the system would be bought back in-house as the health service had “not been satisfied” with the way Capita had handled the contract.

NHS Digital would begin a phased take-over of the contract from June, expected to be completed by 2020, he said.

Professional services firm Capita came under fire last year after it was revealed more than 48,000 women may not have received information about their cervical screening due to an administrative error.

Cervical screening isn’t the only programme that’s been dogged by IT inadequacies in recent years.

In May 2018 then health secretary Jeremy Hunt announced nearly half a million women might have missed their final breast cancer screening invitation due to a “computer algorithm failure”.

A subsequent review of the failings revealed checks were not made to ensure IT systems could deliver a new specification or algorithm. The review recommended the IT systems used in the breast cancer screening programme be made simpler.

In evidence submitted to the committee, which published their report on 10 May, newly merged Breast Cancer Now and Breast Cancer Care called for greater investment in IT systems and processes to be put in place to ensure new technologies – such as tomosynthesis and ultrasound for women with dense breasts – are introduced into the screening programme as quickly as possible.

Jo’s Cervical Cancer Trust also submitted evidence suggesting the cervical screening programme, which has more than 350 different IT systems, needs to modernise the way women are told about their screening appointments through text messages and emails.

The charity said greater clarity of leadership and governance roles was needed around IT systems, as well as greater investment to ensure IT systems are clinically safe.

A Department of Health and Social Care spokesman said the department was “pushing ahead” with changes to help detect cancers as early as possible, but was waiting for recommendations from a review into the screening programmes commissioned by NHSE earlier in the year.

Professor Sir Mike Richards will lead the review, which will include feedback on current and future IT systems and opportunities for the use of AI and other technology to aid the screening process.

The final review is due to be published in the summer 2019.

Responding to the review, charities previously called on NHS England to look at integrating screening invitations with GP records and speeding up the implementation of new technologies.

They also called for greater investment in robust IT systems to improve dwindling attendance numbers and a focus on artificial intelligence (AI) in the future.