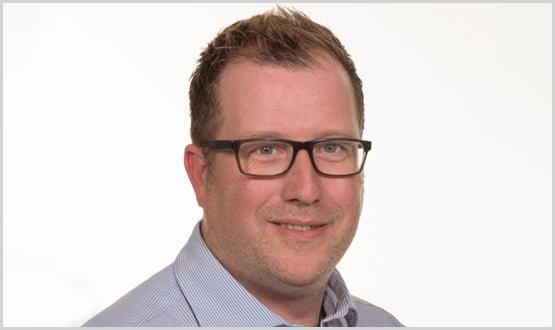 Oxford University Hospitals NHS Foundation Trust has appointed a chief digital and partnership officer to its board.

David Walliker, the current CIO of Liverpool Women’s Hospital and Royal Liverpool Hospital, will take up the new role at the end of October.

As well as CIO duties, he will be the trust’s lead on developing integrated partnerships, particularly with the Thames Valley Cancer Alliance and the Buckinghamshire, Oxfordshire and Berkshire West Integrated Care System.

Mr Walliker will also lead on the trust’s input in the Local Health and Care Records Exemplar (LHCRE) programme.

“The role is responsible for the development of strategic relationships with partner organisations and accountable for trust strategy and the trust’s response to local and national strategic developments.

“The trust is already doing a lot of work to transform the way it interacts with patients, the public and internally to go digital, but there is so much more we can do.

“It is an exciting area of work with huge possibilities. I am also joining at a really important point for the trust in terms of partnership working, as the trust works on refreshing its strategy and deepening its partnership working with other health and social care providers and engaging with local communities.”

Mr Walliker’s career began in the commercial sector before he joined Cheshire and Wirral Partnership Foundation Trust in 2004 as head of informatics.

He then worked as national ICT manager for the Welsh Ambulance Service, before being appointed CIO to Liverpool Women’s Hospital in 2013. In 2015 he took on the additional role of CIO for the Royal Liverpool Hospital.

“After six years at Liverpool I felt it was the right time to undertake a new challenge. Liverpool will always be a very special place to me – my daughter was born at the Women’s Hospital – and I’m very proud of what we’ve achieved in Liverpool.

“It was always going to take something exciting or a very prestigious trust to tempt me away and the CDPO role gives me both.”

Dr Bruno Holthof, chief executive officer at the trust, added: “I am delighted David will be bringing his expertise to help us transform and improve services within the trust through the application of digital technology as well as looking at our future needs and how digital can help deliver them.

“David brings a wealth of relevant experience and will be a valuable addition to our board.”

During his time at the Royal Liverpool Hospital Mr Walliker was involved in developing an e-sepsis tool, which was rolled out nationally in February as part of the Global Digital Exemplar (GDE) blueprint programme.

In a recent interview with Digital Health News Mr Walliker said the blueprints would be “worth their weight in gold” but only if trusts share and reference them properly.