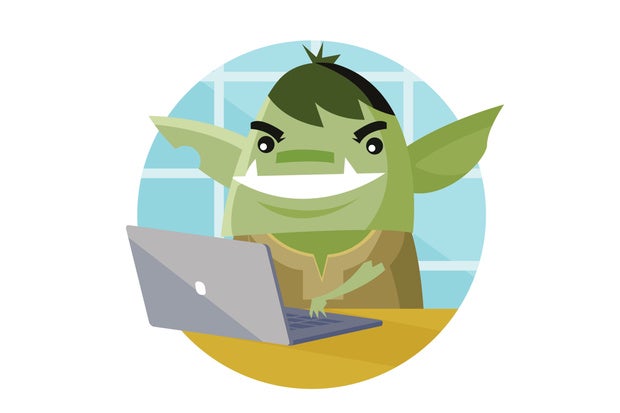 Companies and brands are starting to quit social media.

This quitting takes many forms. Many are reducing or ending their presence on sites such as Facebook and placing new emphasis on other social sites.

Another approach is to back off on organic reach and instead use social advertising primarily or exclusively.

And yet another approach is getting off social media altogether.

There are several good reasons for this:

With Facebook’s “monopoly on everybody” — which is to say that Facebook has long been the social network with the most users and therefore the strongest network effects — companies were told that they had to be on Facebook because that’s where the customers were, and also because, on social media, messages can go viral, resulting in what is essentially free advertising.

A recent Ogilvy study shows that just 1% or 2% of a company’s fans actually see brand posts.

If you want to reach a few more of your own customers on Facebook, you have to pay Facebook.

In other words, companies brought their customers to Facebook, and now Facebook controls access to those customers. Charging companies to gain access to their own customers and fans is a big part of Facebook’s business model.

This grim reality shows that Facebook holds all the cards and can unilaterally determine how, when and how well you interact with your own customers.

Users are quitting social in droves.

The whole point of investing time and resources on a Facebook page in the first place was that that was where the public was. But that’s changing.

The Pew Research Center recently concluded that 42% of U.S. Facebook users had “taken a break” from the platform in the past 12 months, and around one-quarter had deleted the Facebook app from their phone. Among younger users, in the 18-29 range, nearly half said they deleted the Facebook mobile app.

Trolls, haters and others are still a problem on social media.

Despite promises and the best intentions, social sites such as Facebook, Twitter and YouTube have not been able to rein in the worst elements on their networks. Twitter, for example, is jam-packed with hate speech, pornography and violent content — not the kind of content mainstream brands want to be associated with.

As with the problem of reach, the problem of trolls on social networks is the responsibility of the social media companies, and they’re unable to handle the job.

One approach to dealing with the social media crisis — and probably the best approach for the long term — is for companies to turn their own websites into mini social networks focused on the company, its brands and its customers.

There’s just one problem: what to do about trolls?

The trouble with trolls

A troll is someone who posts deliberately provocative statements online to evoke an emotional reaction in others, with the goal of disrupting conversation.

So if your customers are trying to engage in a substantive conversation with one another or with you about your brand, at some point trolls will inevitably intervene, disrupt the conversation and leave people feeling bad — and associating those bad feelings with your brand.

If left unchecked, trolls will proliferate on your site, and customers will be turned off and leave the message boards. At some point, the majority of posts become toxic trolling that serves nobody.

Trolling has evolved over the years from a mere annoyance to a phenomenon capable of exacting enormous costs on the companies that are trying to enable public engagement.

Trolling exists because anonymity means a banned user can simply create a second account and keep on trolling. Or a troll or even a state-sponsored disinformation campaign can create fake troll accounts at scale. Unscrupulous competitors can use trolling to harm you and your company’s reputation.

A large number of businesses and publications have essentially been defeated by trolls. Defeat happens when any company shuts down comments or messages because dealing with trolls has become overwhelming.

Other publications have come up with novel solutions beyond just shutting down public comments.

A media and technology subsidiary of Norway’s NRK called NRKbeta invented a concept whereby people commenting on a posted article would be “required” to read the article before posting.

It verifies this by giving prospective commenters a three-question quiz about the article and requiring a perfect score before the comment is allowed.

But this doesn’t stop trolling. Instead, it stops uninformed comments by the skimmers. That’s different.

And it does nothing for non-publications, which engage with the public not based on news articles, but on other topics or even user-generated topics.

A company in Iceland called Authenteq is now offering a blockchain-based anti-troll system called Trollteq. And it just might work.

The company claims it’s a “fully automated” way of creating an online ID, and that user authentication can happen in 90 seconds.

The Trollteq system uses the NFC feature of a user’s smartphone to scan the machine readable zone (MRZ) of the user’s passport and gain access to the name and photo. The user then takes a selfie, and this photo is compared to the passport data.

All users or commenters on a website would use the Trollteq system. After being banned, a troll wouldn’t be able to post anymore or establish a second profile.

Companies also have the option to “cool” trolls — essentially giving them a time-out so they can reconsider their approach to engagement.
Authenteq CEO and co-founder Kári Thor Runarsson told me that Trollteq enables pseudonymity. While Trollteq verifies the unique identity of persons, users can still sign up or log in using any name they want. The public might see fake names, but anyone banned for trolling can’t create a new account under a new fake name. The idea is not to enforce real names, but to establish unique identity.

Authenteq already offers an ID product called Authenteq ID. The Trollteq product is similar but has task-specific setup and administration features, among which is the ability for web admins to directly ban users.

Both Authenteq ID and Trollteq are “automatic,” which means there are no humans involved, and therefore no waiting.

Some social networks, such as Instagram, require users who want to be verified to upload a photo of their ID. This system is both trivially easy to fake and not applicable to the vast majority of users, because most don’t qualify for verification.

Runarsson told me, “We can handle thousands of onboardings each minute,” so the system could scale even to social networking levels of usage.

But by using the protected and electronic portion of a passport, plus the blockchain idea, to authenticate users, it’s possible to genuinely verify users, and thereby end trolling on public comments.

The only problem with this idea is that some people don’t have passports.

Still, I hope Trollteq inspires competitors. Enterprises need a solid way to bring social interaction off the social networks and onto their own sites — and keep the trolls away.

Social media has become a big problem. It’s time to bring customers back from the social networking wilderness and engage with their on your own site — and on your own terms.

And this time, without the trolls.

This story, “Social media and trolls: The end is near” was originally published by