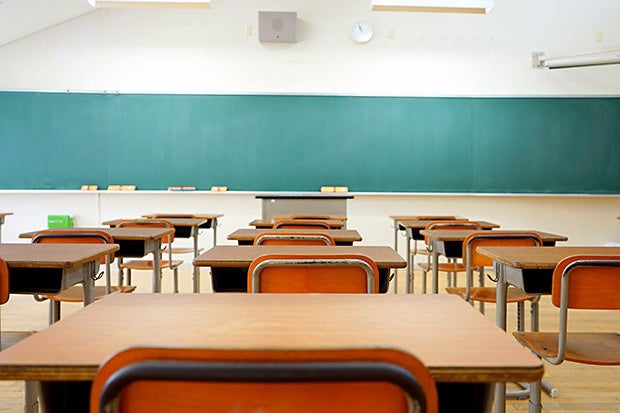 Wow. It’s been a long time since we’ve heard any desktop smack talk, but here we are.

In a CNET interview, Apple marketing chief Phil Schiller said that kids “need to have these cutting-edge learning tools.” For Apple, that means, of course, iPads and MacBooks. Fair enough. But then he added, “Chromebooks don’t do that. Chromebooks have gotten to the classroom because, frankly, they’re cheap testing tools for required testing. If all you want to do is test kids, well, maybe a cheap notebook will do that. But they’re not going to succeed.”

He’s right. Apple has been taking it on the chin from Chromebooks since 2013. The numbers back him up. Last year, Chromebooks made up 60% of all educational laptops and tablets purchased in the U.S.

And, no, it’s not all about price. Chromebooks are great machines, and vendors are adding features to push them into the enterprise.

Where it is about money, the culprit is the Mac’s outrageously high prices. I mean, sure, the new 16-inch MacBook Pro is great, but an entry-level price of $2,399 for finally updating the hardware and adding an escape key and arrow keys? Please.

But there’s a bigger issue here, a meta-issue as it were. Apple is the last champion of the old-style fat-client desktop, and the Chromebook is at the forefront of the new cloud-based desktop.

Even Microsoft is throwing in the towel. Instead of selling users Windows on the PC, it’s following — oh, the irony — Google’s lead by replacing it with the Azure cloud-based Windows Virtual Desktop.

For classrooms, the Chromebook is far more than a cheap notebook. It’s a gateway to all of Google’s services. And when it comes to services, Google beats Apple hands down. Its iCloud, for example, is useless to anyone with an Android phone, among other complaints, and Apple simply has nothing to compare to Google Docs.

But I’m also a fan of Chromebooks. Why? One reason that immediately comes to mind is that I’m writing this while on a business trip to Barcelona. I started writing it, in fact, on my beloved Google Pixelbook, but its screen started blacking out on me. If I had been traveling with a fat-client laptop, using installed software, I would have had to try to re-create all the prose I had composed for this column. Argh! So much for using my spare moments to wander through this amazing city.

Instead, I was able to carry on while losing barely a minute. How? I just borrowed my partner’s Chromebook and logged into my Google Docs account. I had my notes, my web page history, everything.

Now, tell me, which group of users are the most likely to damage their hardware? To drop it on the way to, say, school? Or to perhaps have the dog, for some improbable reason, try to eat it. Would that be kids? Why, yes, I’d say it would be.

Therefore, doesn’t it make sense for woefully underfunded schools to choose hardware they can afford without needing a tax override? And a computing model that lets the kid who forgets her laptop at home still present her homework by simply accessing it on a different machine?

For the young students in my life — my grandsons — I think Chromebooks will do just fine, thank you very much.

The fact is, old-school PCs, including Macs and Linux desktops, increasingly will be used only by office workers and other professionals. For the rest of us, when we’re not using smartphones, we’ll be using cloud-based Windows PCs and, oh yes, Chromebooks.

This story, “Sorry, Apple: For the education market, Chromebook is the clear winner” was originally published by