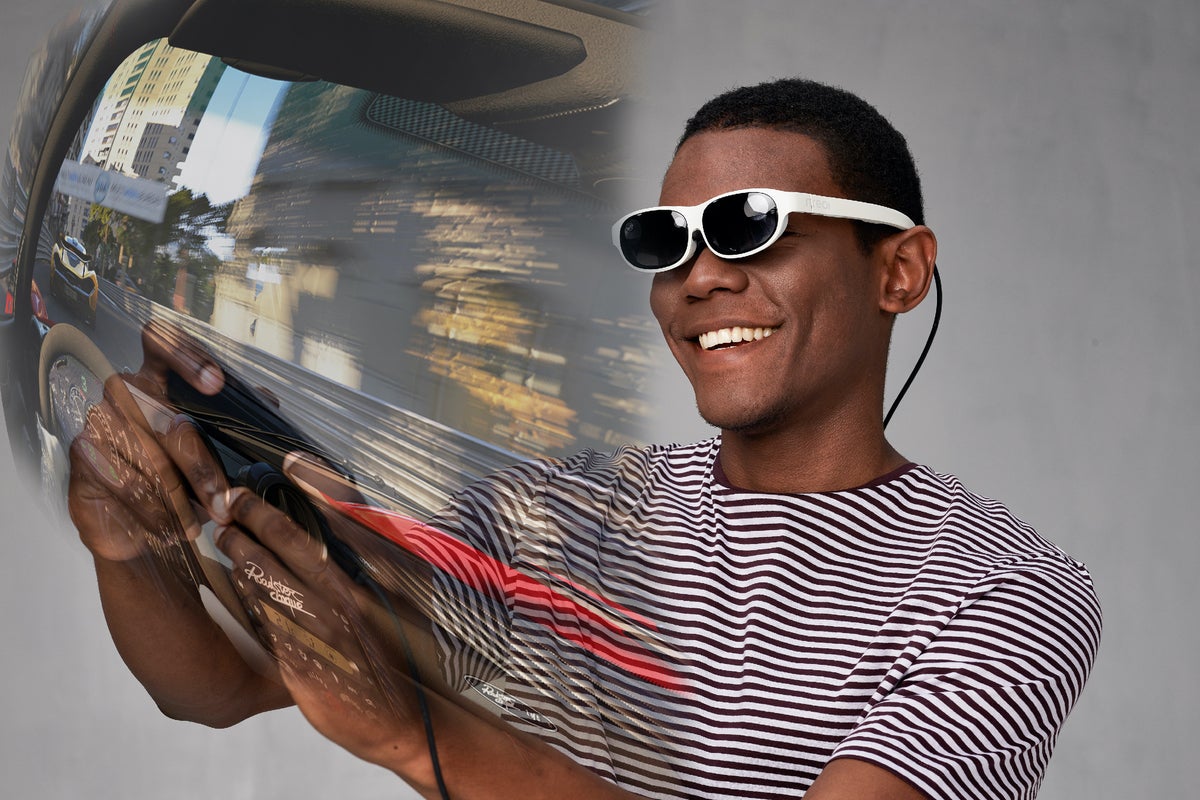 Augmented reality is seen as a boon for the workplace of the future because it would allow co-workers to collaborate remotely using digital avatars and 3D virtual objects that can be viewed and manipulated in real-time during a meeting.

That vision is behind the announcement Thursday by Spatial and Nreal, who are teaming up to offer AR collaboration software and hardware.

Nreal unveiled its Nreal Light smartglasses at CES last month; the headset won plaudits for their light weight, usability and moderate prcing. The smart glasses are slated to go on sale later this for $499.

Under the partnership, Spatial’s software will run on Nreal Light, which relies on a smartphone for compute power, offering an affordable way to connect workers in virtual meetings and opening the potential for 5G connectivity as more compatible smartphones arrive on the market.

“I think this partnership is definitely a big deal because it gives Spatial access to probably one of the hottest AR companies out there and it gives Nreal access to more use cases for their headset,” said Anshel Sag, an analyst at Moor Insights & Strategy.

It’s another boost for Spatial, which has previously partnered with Microsoft to adapt its device-agnostic software for Microsoft’s mixed reality HoloLens; those headsets are more powerful, but also considerably more expensive, than Nreal Light. Spatial also runs on Facebook’s Oculus Quest and Qualcomm’s XR2.

“[Spatial] understands they need a platform that allows as many AR headsets as possible to collaborate with one another seamlessly and effectively,” said Sag. “I believe that they are laser focused on enabling enterprises to collaborate remotely but also to do it in a way that adds value with immersive collaboration and engagement.”

5G connectivity as a differentiator

The two vendors are working with Korea’s LG Uplus, Japan’s KDDI and Deutsche Telekom in Germany on 5G connectivity.

“Consumers will be able to work or interact with anyone, anywhere as if sitting next to each other,” said Spatial co-founder and CEO Anand Agarawala in a statement.

The use of 5G is designed to help overcome some of the barriers to an AR workplace, said Sag. “I believe that 5G will be important for removing some of the connectivity barriers that exist today and reducing the need for as many layers of security in order to collaborate,” he said.

“Collaborating over Wi-Fi when on the same network is great, but once you start incorporating outside networks, you run into security and reliability issues and that’s really where 5G is a major value add,” Sag said.

“5G will be faster than 4G, but the reality is that some 4G is already quite fast to accomplish some of these things. The problem is that 4G is not consistently that fast and that’s really what is going to come with 5G and what’s needed to up-level collaboration and engagement between employees.”

Details about pricing, packaging and plans to work with U.S. telecom firms were not immediately available.

This story, “Spatial and Nreal partner to make AR meetings a reality” was originally published by