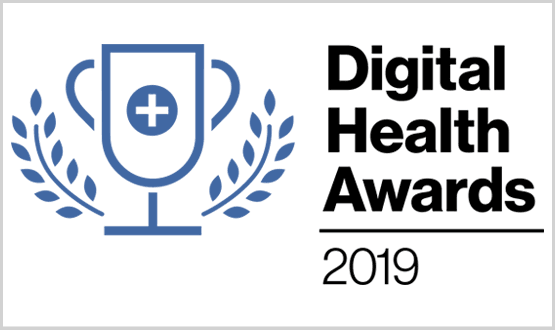 The finalists of the Digital Health Awards 2019 have been announced today with online voting now open to Digital Health Network members to decide the winners.

The awards recognise and celebrate the achievements of the leaders making the biggest contributions to UK healthcare IT, and are the most prestigious peer-voted awards in the UK digital health sector.

The winners will be announced on the evening of 18 July at the annual two-day Digital Health Summer Schools, 18-19 July, University of Leeds.  Over 400 delegates will attend the year’s most popular meeting of current and future NHS IT leaders.

Some 90 nominations were made across six categories

The judges met, online and in person, at Digital Health’s London offices on Friday 14 June,  and following lively discussions and deliberation, whittled the entries down to four shortlists of three, and agreed winners for the Team of the Year and Future Digital Leader categories.

The shortlists chosen, and which are now open for online voting, are as follows:

CCIO of the Year short-list:

James Reed, CCIO at Birmingham and Solihull Mental Health FT was cited as leading a number transformational programmes that are transforming the way his organisation works.

Gareth Thomas, Group CCIO, Salford Royal NHS FT was put forward for demonstrating “boundless” enthusiasm and passion for sharing and learning from best digital practice and ensuring others across the NHS benefit.

CIO of the Year short-list:

Graham King, CIO of Newcastle University Teaching Hospitals NHS FT, was nominated for his “selfless” effort to run the regional procurement of a HIE

Mandy Griffin, CIO and Managing Director The Health Informatics Service, Calderdale and Huddersfield NHS FT was put forward for her “unrelenting” vision for digitisation which has seen her trust ranked joint first in the Clinical Digital Maturity Index Feb 2019.

Carl Beet, CIO, Birmingham and Solihull Mental Health NHS FT was praised for his leadership which accelerated the trust in embracing digitisation, becoming a GDE and positively shifting culture.

CNIO of the Year short-list:

Natasha Phillips, CNIO of UCLH NHS FT was put forward to her “creative and adaptive leadership” style that has led to improved clinical collaborative working for the trust’s EHRS implementation.

Claire Lambie, CNIO at Gloucestershire CCG is credited with building and growing a CNIO community across Gloucestershire and driving the digital agenda forward especially in non-doctor professions.

Julie King, Assistive Technology Occupational Therapist, Edinburgh Health & Social Care Partnership was nominated for her “innovative”work in introducing a “person-centered approach to the introduction of technology” to support independent living.

Paul Charnley, Director of IT and Information, The Wirral Teaching Hospital NHS FT together with Gareth Thomas,Group CCIO at Salford Royal NHS FT received a joint nomination for demonstrating their “boundless enthusiasm and passion” for sharing and learning from best practice and leadership of the GDE blueprinting programme.

Kevin Gannaway-Pitts, Clinical Systems and Change Manager, Gloucester Care Services NHS Trust was nominated for his “passion and strong leadership skills” and use of a range of digital platforms for a cultural movement locally to get fit and healthy.

Marianne Williams, Specialist Gastroenterology Community Dietitian, Somerset Partnership NHS FT was put forward for her  “open minded and fearless approach to digital” that has seen her set up a series of patient webinars and self-help videos for Irritable Bowel Syndrome patients.

Will Smart, the chair of judges said: “The standard of entries was fantastic and as such it was really difficult for the judges to decide on who to shortlist as finalists in some categories, and choosing the winners in others.”

He added: “The judges and I were impressed with the diverse range of entries, the quality of achievements and breadth of work that brought value to their NHS organisations. We would like to thank everyone that entered and look forward to seeing winners presented at the Summer Schools”.

Members of the Networks have until 11:59pm on 1 July 2019 to cast their vote online (only votes from Network members will be counted) . You can apply to join here. All winners will be announced at the Summer Schools dinner, along with the winners in the Team of the Year and Future Digital Leader categories.

The full judging panel for the Digital Health Awards 2019 are: