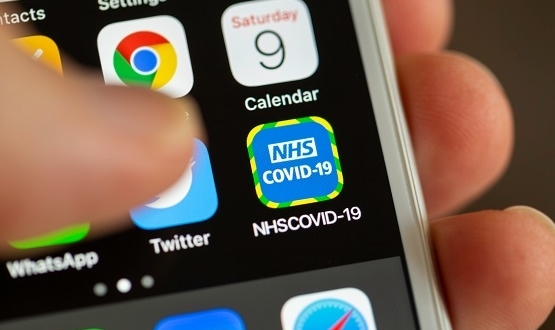 The total cost of the NHS Covid-19 contact-tracing app is expected to top £35 million, it has been revealed.

Some £25 million is expected to be spent this financial year on the new app, due to launch on Thursday, while a further £10 million was spent developing the original operating model that was abandoned in June.

The figures were revealed during a Public Accounts Committee hearing about digitisation in the NHS.

Speaking on the 17 September, David Williams, second permanent secretary at the Department of Health and Social Care, told the committee some of the spend on the original app is “relevant” to the app due to launch on 24 September.

“On the new app, this is a forecast figure for spend on developing the app and then supporting it through the rest of the financial year, my estimate is around £25 million,” he said.

On the wider government spend on digital during Covid-19, he added: “Given the scale of the challenge we have had quite a high appetite, consistent with protecting value for money for the taxpayer, for spending some money on developing innovations and techniques which may help us, even if the case was not proven at the time.”

NHSX chief executive Matthew Gould confirmed the spend on the initial version of the contact-tracing app was £10.8m million – a revised figure from the previous £11.8 million.

Some £4 million of that was “specific to the version of the app which we moved away from”.

“We estimate now that the cost of the first stage of development with the original app was £10.8 million. Of that, £0.8 million was focused on the Google/Apple parallel track, which is now the one that’s being developed,” he told the committee.

“With the remaining £10 million, we estimate £6 million was on the development that would have been necessary regardless of which version we chose, so has led to capability insights that underpins the current app.”

NHSX was initially tasked with the development of the contact-tracing app but it was handed over to NHS Test and Trace, led by Baroness Dido Harding, when the programme was launched in May.

In June, following a trial on the Isle of Wight, the government abandoned its original version of the app in favour of Apple and Google’s technology.

A trial of the revamped app was launched in early August, again involving the Isle of Wight alongside the London borough of Newham and NHS volunteer responders. It is due to be rolled-out nationally on Thursday.

For a full breakdown of the challenges faced in the development of the app Digital Health News has put together a timeline piece here.