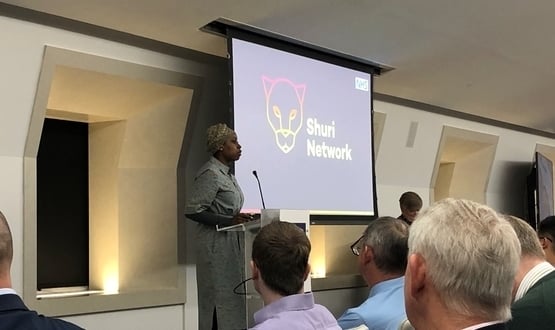 The UK Faculty of Clinical Informatics (FCI) held its first annual conference to celebrate the organisation’s achievements and hopes for the future.

Held in London, on 25 November, the conference was opened by Anne-Marie Cunningham, Council Member and Associate Medical Director for Primary Care at NHS Wales Informatics Service.

Cunningham welcomed everyone to the conference before handing over to a number of keynote speakers, which included Ijeoma Azodo, who is part of the Shuri Network.

Azodo, who is also an honorary clinical tutor at the University of Edinburgh, asked members of the audience to list their hopes and fears for digital transformation in the future.

Hopes included interoperability and safety, while fears were fragmentation, burnout, loss of trust, lack of safety and silos.

Another speaker on the day was professor Harold Thimbleby, See Change Fellow in Digital Health and a professor at Swansea University.

Thimbleby spoke about the need for accreditation of medical devices, saying there is a need to take “digital safety seriously”.

He also stressed the need to make safety “visible” whether that is through a colour grading system or something else.

The FCI has been established as the UK professional membership body for all clinical informaticians, including health and social care professionals, registered with the Professional Standards Authority.

It’s chair, John Williams, spoke to the audience about the organisation’s achievements and aspirations.

Achievements included having 500 plus members, being made a Charitable Incorporated Organisation, making significant progress with the Core Competencies for informaticians project, and becoming part of Discourse.

The Digital Health CIO and CCIO networks as well as Summer Schools were also listed as important collaborations.

Increasing membership and raising the profile of the Faculty were listed as key aspirations by Williams.