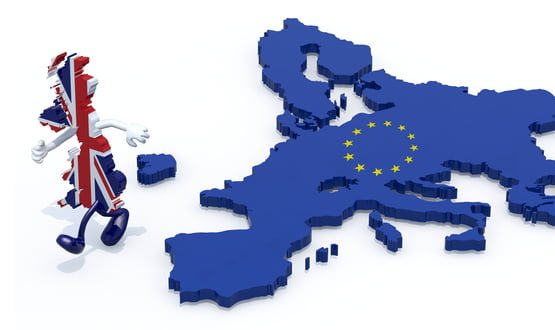 The UK’s success in the field of robotic surgery could be hampered if the country loses its research partnerships with Europe after Brexit, according to a new study.

The study’s authors said there was a “consensus” that Brexit was likely to “undermine the UK’s status as a global leader in science and innovation”.

Robotic surgery has been touted as one of the technologies that is key to future growth in the UK, according to the Imperial College London study, and international collaboration is key to that success.

Dr George Garas, lead author of the study from the department of surgery and cancer at Imperial College London, said: “There is a consensus within the scientific and healthcare communities that Brexit is likely to undermine the UK’s status as a global leader in science and innovation.

“We need to understand what the impact of losing the existing valuable EU links would be so as to tactically plan the UK’s research and innovation strategy after Brexit.”

The UK currently ranks third in the world for robotic surgery innovation, behind Italy and the US.

The best scenario following Brexit would be for the UK to continue its research partnerships with the EU, the study’s authors suggested. If this isn’t possible, the UK should look to collaborate with the US.

But under this scenario the UK’s research impact would ultimately suffer unless its new US partners were the top-performing ones in the field, the study found.

“Our research shows that in the field of robotic surgery research, replacing EU partners with top US collaborators might maintain or even improve the UK’s position,” Dr Garas said.

“Unfortunately, in the short term this could be difficult and costly. UK institutions may be less attractive to top US institutions if they are no longer well connected to the EU. Our simulations do not take into account the knock-on impact of losing EU funding and EU staff, both of which are likely outcomes of Brexit.”

Earlier this year NHS Supply Chain issued a prior information notice for a robotic surgery framework, worth £50 million. The framework is expected to go live in July 2020.

The Imperial study comes after TechUK warned the full power of digital technologies “will not be achieved” if the UK crashes out of the EU without a deal due to delays in data sharing.

“Realising the full economic and social power of advanced, innovative digital technologies will not be achieved without data,” Neil Ross, policy manager at TechUK, wrote in a blog.

“If data is not able to flow smoothly between the UK, Europe and the rest of the world the UK’s ability to unlock the productive power of current and future digital technologies, as well as to continue to be a world leader in the development and adoption of responsible, digital innovation, will be put at risk.”

The Department of Health and Social Care (DHSC) told Digital Health News it was working “closely” with the NHS to ensure continued flow of data after Brexit “whatever the circumstances”.

In February, NHS England and NHS Improvement issued guidance on sharing personal data in the event of a no-deal Brexit, urging providers to identify any databases or data flows stored in the EU that were critical to patient care.

The DHSC is expected to publish updated guidance for trusts and suppliers before 31 October.