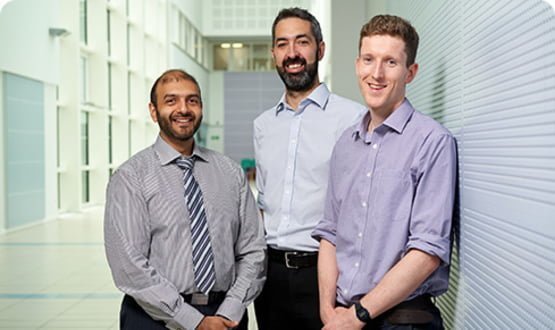 University Hospitals Birmingham NHS Foundation Trust (UHB) has reported that an electronic prescription tool developed by staff has reduced the number of errors when prescribing a drug for paracetamol overdoses to zero.

The tool, recognised nationally by Health Data Research UK, sees the correct prescription automatically provided when N-acetylcysteine (NAC) is typed into the trust’s bespoke prescribing information and communications system (PICS), along with the patient’s weight.

The algorithm has significantly improved the treatment for patients attending the Queen Elizabeth Hospital Birmingham (QEHB) with a paracetamol overdose, by automatically providing the correct doses for doctors to treat patients after an overdose.

Adam Seccombe, acute medicine consultant, said: “The drug used to treat paracetamol overdose, NAC, is a complex drug to prescribe. It requires three bags of the drug to be given, with each bag having a different weight, volume of fluid, and delivery speed. As a result, we found there was a 25% chance of error when it was prescribed.

“We were delighted to find that our tool reduced the number of prescription errors to zero, significantly improving care for patients coming in with paracetamol overdoses.”

A report on the tool, which was introduced in the QEHB emergency department in July 2018, shows that similar tools could be used for other complex drug prescriptions, potentially transforming the way drugs are prescribed across the NHS.

UHB is a global digital exemplar (GDE) trust and is currently the only acute NHS hospital in the Health Data Research UK network.

It is also the only GDE trust that has a homegrown IT system and has been using its in-house PICS since 1999.

It is hoped that its electronic prescribing tools could be an exemplar for the “significant” impact such technology could have on improving patient care.