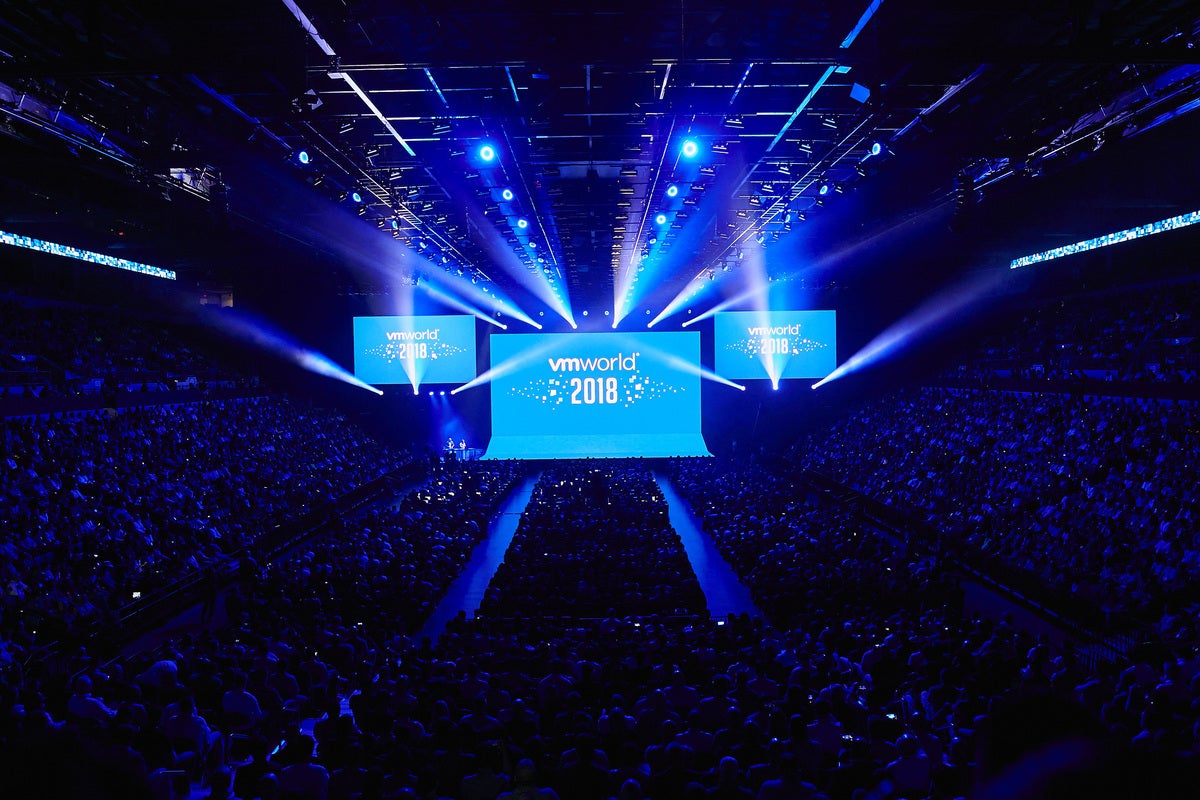 The first is Project Dimension, which aims to deliver the functionality of VMware’s cloud offerings to the edge as a managed service. Project Dimension will combine the elements of VMware Cloud Foundation – including software-defined services for compute, storage, network and security, along with cloud management capabilities – in a hyperconverged form factor that’s operated by VMware.

Just as VMware Cloud on AWS manages a customer’s infrastructure in the Amazon cloud, Project Dimension will manage a customer’s on-premises data-center and edge locations, such as branch offices and warehouse sites.

“[It’s] a complete VMware-operated, end-to-end environment,” said CEO Pat Gelsinger during a keynote address at VMworld. “This is Project Dimension – taking the full VMware Cloud Foundation stack and making it available in the cloud, on the edge and on premises.”

The gear will reside at the customer’s edge sites – a choice companies might make for workloads that require local processing for performance, cost or availability reasons. VMware is partnering with Dell EMC and Lenovo for the hardware component, which will be designed to automatically connect to VMware Cloud and self-configure once it arrives at the customer site.

“What this does is give you the simplicity of VMware Cloud, but bringing that out to the edge,” VMware CTO Ray O’Farrell said during the keynote. “We now stretch that service out into your infrastructure, in your data center and at the edge, allowing us to be able to manage that infrastructure in the same way.”

VMware will handle managing the infrastructure, troubleshooting issues and performing patching and maintenance. “We are directly monitoring your infrastructure,” O’Farrell said. If VMware discovers a problem, such as intermittent network connectivity in a warehouse network, the system will automatically create a service request. “You have visibility into what’s going on, but the VMware managed service is already chasing the problem for you.”

Also under development is Project Magna, an initiative that aims to leverage artificial intelligence and machine learning to build virtual infrastructure that can self-optimize. It applies reinforcement learning to data-center environments to drive greater performance and efficiencies, according to VMware.

“It helps connect the dots across huge data sets and gain a deep insight across the stack,” from application code, software infrastructure and hardware infrastructure to the public cloud and the edge, O’Farrell said. “It leverages hundreds of control points to optimize your infrastructure on KPIs of cost, performance, even user-specified policies.”

In a demonstration, VMware showed how Project Magna can learn and understand application behavior, and then use that knowledge to model, test and reconfigure a network – choosing a more optimal network frame size – for greater performance.

“This is a use of machine learning and AI which will automatically transform how you automate these data centers,” O’Farrell said. “The goal is true automation of your infrastructure, so you get to focus on the applications which really serve the needs of your business.”

Blockchain is beginning to appear among enterprise data-center workloads, O’Farrell said. “We are seeing increasing numbers of organizations evaluating blockchains for smart contract and digital consensus solutions. This technology is really becoming – or potentially becoming – a critical role in how businesses will interact with each other.”

Project Concord is a scalable, energy-efficient, decentralized trust infrastructure for digital consensus and smart contract execution. It can be used to power distributed trust infrastructures, including blockchains. VMware’s vision is to build additional enterprise-focused elements – such as audit and compliance capabilities, security and fault tolerance, and integration with other VMware offerings – around the Project Concord consensus engine to facilitate trusted information sharing among enterprises.

“This is not just another blockchain implementation. We have focused, very squarely, on making sure that this is good for enterprises. It focuses on performance. It focuses on scalability,” O’Farrell said. “We have seen examples where running consensus algorithms has taken over 80 days on some of the most common and widely used infrastructure in blockchain. And with Project Concord, you can do that in two-and-a-half hours.”

This story, “VMware has edge, AI, blockchain ambitions ” was originally published by