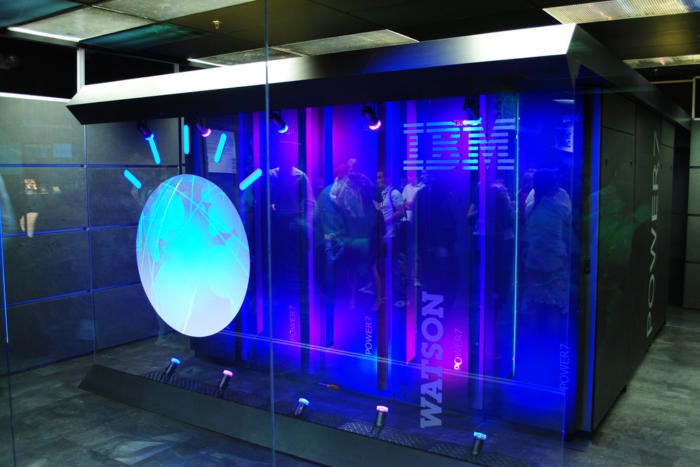 IBM thrives on the complicated, asset-intensive part of the enterprise IoT market, according to Kareem Yusuf, GM of the company’s Watson IoT business unit. From helping seaports manage shipping traffic to keeping technical knowledge flowing within an organization, Yusuf said that the idea is to teach artificial intelligence to provide insights from the reams of data generated by such complex systems.

Predictive maintenance is probably the headliner in terms of use cases around asset-intensive IoT, and Yusuf said that it’s a much more complicated task than many people might think. It isn’t simply a matter of monitoring, say, pressure levels in a pipe somewhere and throwing an alert when they move outside of norms. It’s about aggregate information on failure rates and asset planning, that a company can have replacements and contingency plans ready for potential failures.

“It’s less to do with ‘Is that thing going to fail on that day?’ more to do with, because I’m now leveraging all these technologies, I have more insights to make the decision to say, ‘this is my more optimal work-management route,’” he said. “And that’s how I save money.”

For that to work, of course, AI has to be trained. Yusuf uses the example of a drone-based system to detect worrisome cracks in bridges, a process that usually involves sending technicians out to look at the bridge in person. Allowing AI to differentiate between serious and trivial damage means showing it reams of images of both types, and sourcing that kind of information isn’t always straightforward.

“So when a client says they want that [service], often clients themselves will say, ‘Here’s some training data sets we’d like you to start with,’” he said, noting that there are also open-source and government data sets available for some applications.

IBM itself collects a huge amount of data from its various AI implementations, and, with the explicit permission of its existing clients, uses some of that information to train new systems that do similar things.

“You get this kind of collaborative cohesion going on,” said Yusuf. “So when you think about, say, machine-learning models to help predict foot traffic for space planning and building usage … we can build that against data we have, because we already drive a lot of that kind of test data through our systems.”

Another non-traditional use case is for the design of something fantastically complicated, like an autonomous car. There are vast amounts of engineering requirements involved in such a process, governing the software, orchestration, hardware specs, regulatory compliance and more. A system with a particular strength in natural-language processing (NLP) could automatically understand what the various requirements actually mean and relate them to one another, detecting conflicts and impossibilities, said Yusuf.

“We’ve trained up Watson using discovery services and NLP to be able to tell you whether your requirements are clear,” he said. “It will find duplicates or conflicting requirements.”

Nor is it simply a matter of enabling AI-based IoT systems on the back end. Helping technicians do work is a critical part of IBM’s strategy in the IoT sector, and the company has taken aim at the problem of knowledge transfer via mobility solutions.

Take, for example, a newer technician dispatched to repair an elevator or other complex piece of machinery. With a mobile assistant app on his or her smartphone, the tech can do more than simply referencing error codes – an AI-driven system can cross reference an error code against the history of a specific elevator, noting what, in the past, has tended to be the root of a given problem, and what needs to be done to fix it.

The key, said Yusuf, is to enable that kind of functionality without disrupting the standard workflow that’s already in place.

“When we think about leveraging AI, it has to like seamlessly integrate into the [existing] way of working,” he said.