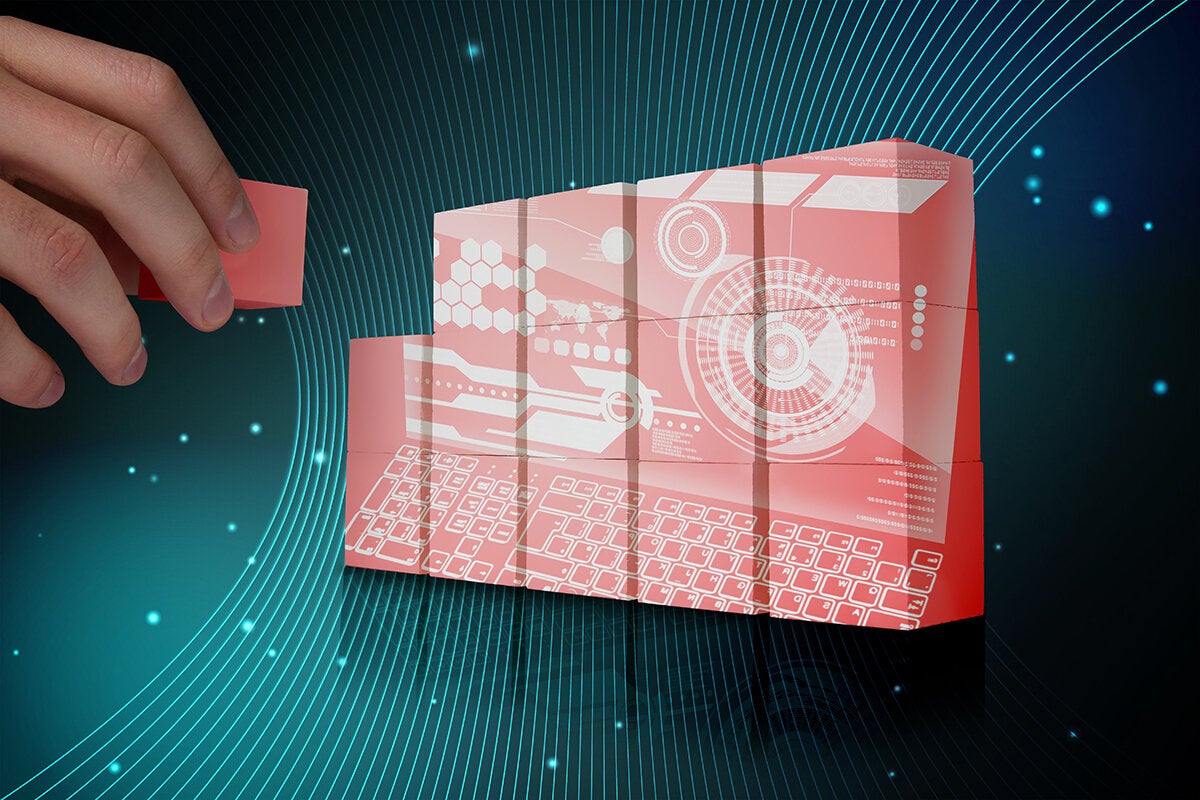 The trend of enterprises swapping traditional software development approaches in favor of agile and DevOps, which enable programmers to quickly build and continuously upgrade software in coding sprints, is widespread. But these approaches aren’t the only options CIOs have at their disposal to fuel faster application creation.

Developers are increasingly using low-code development platforms to arrange application components, including data and logic, via a drag-and-drop interface — think virtual Lego blocks that users can move around with a mouse and a cursor.

Low code differs from no-code development, in which so-called citizen developers, often business analysts with little to no programming experience but who are knowledgeable about business processes and workflows, use similar drag-and-drop tools to arrange applications. With low code, developers may still need to do some coding to integrate access to older applications, for reporting, and for special user interface requirements, Forrester Research analyst John Rhymer wrote in an October 2017 research report. (For a deeper look at low code, read technologist Steven Koh’s explanation, here, and Jason Bloomberg’s article distinguishing low code from its no-code cousin, here.)

The total market for low-code development platforms, offered by vendors such as Salesforce.com, Appian, Mendix and others, will hit $21.2 billion by 2022, growing at a compound annual growth rate of 40 percent, according to a vendor report Forrester published in November 2017.

The time savings associated with low-code development is potentially significant for companies trying to release software before their competitors. For example, 31 percent of application developers Forrester surveyed cited challenges in meeting business requirements in time as a result of using traditional coding with programming languages, frameworks and middleware to build bespoke applications.

Technology managers discussed the virtues of low code in their software delivery efforts with CIO.com.

Shell Downstream CIO Craig Walker, who is overseeing a digital transformation that includes a shift from on-premises software to cloud services, says low-code development software has reduced time from conception to proof-of-concept, enabling the company to deliver apps to market faster.

“I can drag and drop a few things and someone can look at that data and say, ‘Wow, that tells me something I didn’t know,'” says Walker, adding that his team uses low code to build customer portals and other digital services for the company’s mergers and acquisitions, retail, human resources and sales and marketing units.

Walker says the shift — a departure from years of coding custom applications — comes in response to disruptions in the energy industry. He adds that Shell only writes its own code when it aims to differentiate with intellectual property or to develop services that may yield a competitive advantage.

7-Eleven turned to low code to supply product pricing information to regional managers who visit as many as 10 stores a day. The convenience store retailer, which operates 10,000 retail locations in the U.S., constructed a field price optimization app that enables its regional managers to access pertinent sales, says Paul McCollum, a 7-Eleven technology officer. The managers, who access the data from laptops, tablets or smartphones, can then work with the franchisees to bolster sales and improve product placement in stores.

McCollum says low code allowed him to mimic a lot of enterprise-grade functionality for the app, which replaced a cumbersome Excel spreadsheet. Also, when a manager notices incorrect pricing information, he or she can click a button to send a report to a store notifying them to update their pricing. “The low-code component is that fact that I wrote it in four days,” McCollum tells CIO.com. “That’s where we’re headed — to put more technology in their hand.”

The IT staff at John Hancock consolidated customer data from several systems, facilitated a major master data management clean-up, and moved operations onto Salesforce.com. From there, the team began leveraging low code to infuse “customer centricity” into its digital transformation, according to Len van Greuning, vice president and technology officer for the company.

Van Greuning used the platform’s pre-defined data and cybersecurity models to allow non-developers to configure the environment while keeping it “as standard as possible.” For example, screen workflows in the firm’s call centers enable staff to easily capture and access customer data in Salesforce.com. The company also created a digital service that allows customers to upload scanned copies of insurance claims into Salesforce.com, automating a task that previously forced clients to send receipts by FAX.

Developers can also use the low-code approach to quickly assemble and prototype new applications the business may want to use, van Greuning says.

After a fire marshal threatened to shut down the Essence Festival when the venue hit capacity, Solomon Group used low-code tools in combination with internet of things (IoT) data to help event staff track the number of attendees in the venue.

The event company built optical turnstiles equipped with sensors that monitor foot traffic coming both in and out of the gates. Using REST calls to pull the data into a new app, Solomon Group was able to visualize the data, charting attendee throughput per hour.

Tracking real-time attendance and foot-traffic data helps clients permit more people to enter the event by controlling the flow in and out of the entrances and exits. This in turn allows venues to better manage staffing levels and sponsor placement, according to Solomon Group co-founder Jonathan Foucheaux.

In Leyla Seka’s mind, Salesforce.com has spent the past 20 years building toward this moment: Leveraging low-code and cloud tools to deliver easy-to-build customer relationship management (CRM) applications for mobile devices.

Seka, executive vice president and head of Salesforce.com’s mobile team, says there is a huge talent crunch for developers who can build elegant mobile apps that look and run like apps consumers use in their daily lives. “These people are hard to get,” Seka tells CIO.com.

Salesforce.com aims to help enterprises alleviate that burden with a low-code development environment and pre-built JavaScript components designed to make it easier for corporate developers to build apps with workflows and mobile push notifications.

OutSystems, Appian, Kony and Tibco are among more than a dozen vendors selling low-code development platforms to enterprises.

Petracke advises CIOs to find out where developers are using low code in their companies, ask them why and what business problem they are trying to solve and support them with a governance framework for managing such workflows. “It’s happening already, and if you don’t know about it go find out where,” Petracek says.

“Low code is fantastic in areas where you have commodity services,” van Greuning says. “There’s still a narrow space where you want to differentiate, where you need strong engineering, and that will never go away. But at least you can spend the right dollars than rather than on things that you can get off the shelf.”

This story, “What is low-code development? A Lego-like approach to building software” was originally published by