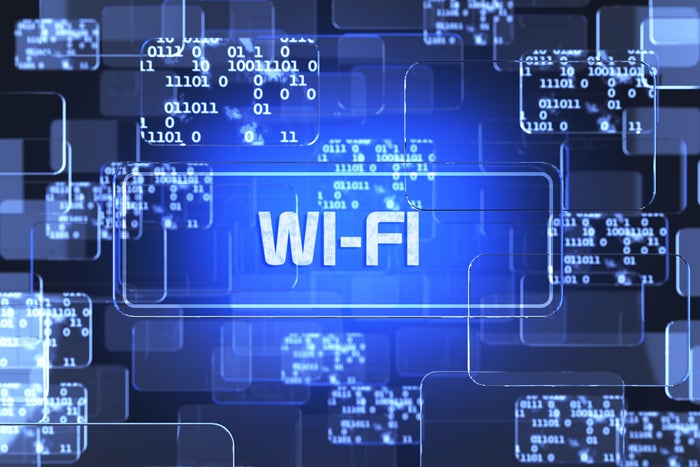 The next big wave of Wi-Fi technology, 802.11ax, is going to become more commonplace in enterprise installations over the course of the coming year, just as the marketing teams for the makers of Wi-Fi equivalent will have you believe. Yet the rosiest predictions of revolutionary change in what enterprise Wi-Fi is capable of are still a bit farther off than 2020, according to industry experts.

The crux of the matter is that, while access points with 802.11ax’s Wi-Fi 6 branding will steadily move into enterprise deployments in, the broader Wi-Fi ecosystem will not be dominated by the new standard for several years, according to Farpoint Group principal Craig Mathias.

“Keep in mind, we’ve got lots and lots of people that are still in the middle of deploying [802.11]ac,” he said, referring to the previous top-end Wi-Fi standard. The deployment of 802.11ax will tend to follow the same pattern as the deployment of 802.11ac and, indeed, most previous new Wi-Fi standards. The most common scenario will be businesses waiting for a refresh cycle, testing the new technology and then rolling it out.

In the near term, enterprises installing 802.11ax access points will bring performance increases – the system’s MU-MIMO antenna technology is more advanced than that present in previous versions of the Wi-Fi standard, and better suited to high-density environments with large numbers of endpoints connecting at the same time. Yet those increases will be small compared to those that will ensue once 802.11ax endpoints – that is, phones, tablets, computers and more specialized devices like IoT sensors and medical devices – hit the market.

That, unfortunately, is still some way off, and Mathias said it will take around five years for 802.11ax to become ubiquitous.

Making sure devices are compliant with modern Wi-Fi standards will be crucial in the future, though it shouldn’t be a serious issue that requires a lot of device replacement outside of fields that are using some of the aforementioned specialized endpoints, like medicine. Healthcare, heavy industry and the utility sector all have much longer-than-average expected device lifespans, which means that some may still be on 802.11ac.

That’s bad, both in terms of security and throughput, but according to Shrihari Pandit, CEO of Stealth Communications, a fiber ISP based in New York, 802.11ax access points could still prove an advantage in those settings thanks to the technology that underpins them.

“Wi-Fi 6 devices have eight radios inside them,” he said. “MIMO and beamforming will still mean a performance upgrade, since they’ll handle multiple connections more smoothly.”

A critical point is that some connected devices on even older 802.11 versions – n, g, and even b in some cases – won’t be able to connect to 802.11ax radios, so they won’t be able to benefit from the numerous technological upsides of the new standard. Making sure that a given network is completely cross-compatible will be a central issue for IT staff looking to upgrade access points that service legacy gear.

Pandit said that, increasingly, data-hungry customers like tech companies are looking to 802.11ax to act as a wireline replacement for those settings. “Lots of the tech companies we service here, some of them want Wi-Fi 6 so that they can use gigabit performance without having to run wires,” he said.

Whether it goes by Wi-Fi 6 or 802.11ax, the next generation of Wi-Fi technology is likely to be marketed a bit differently than new Wi-Fi standards have been in the past, according to Mathias. It’s less about the mere fact that there’s a new Wi-Fi standard providing faster connectivity, and more about enabling new functionality that 802.11ax makes possible, including better handling of IoT devices and integration with AI/machine learning systems.

Luckily, prices for top-end Wi-Fi equipment shouldn’t change much compared to the current top of the line, making it easy for almost any organization to budget for the switch.

This story, “Wi-Fi 6 will slowly gather steam in 2020” was originally published by