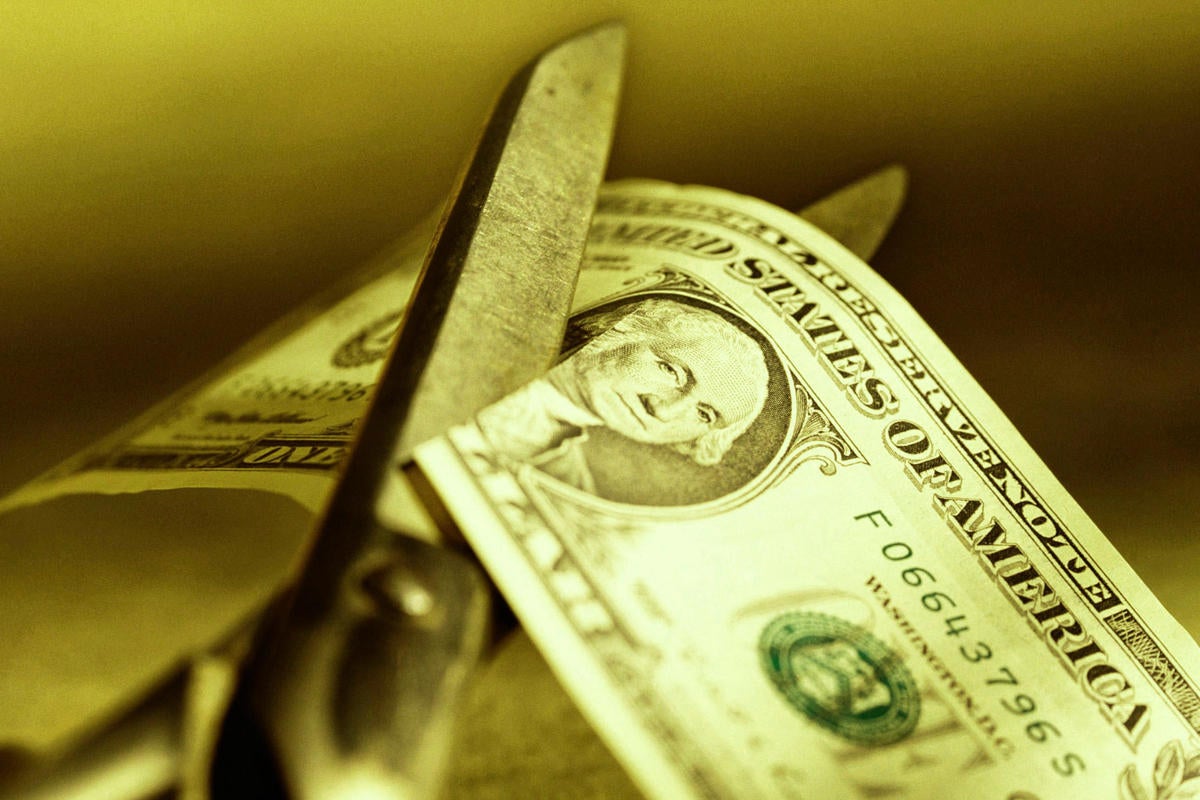 The cloud has long been touted as a way for enterprises to save money, whether it’s through reduced on-premises servers and storage systems, decreased software licensing, less need for equipment maintenance, or fewer requirements for in-house expertise.

But do cloud services actually result in cost savings? The quick answer is, it depends. A number of factors come into play, including the types of cloud services a company uses and from which providers, how well the services are managed by the customer, the terms of the contract, the level of existing IT efficiencies within the organization, and more.

When discussing the benefits of the cloud, it’s important to keep in mind that it’s not just about cost savings. There are non-monetary reasons to adopt a cloud service, such as increased agility, faster time to market, and lack of in-house resources.

It always seems to start with money, however. Here are four organizations that have actually seen cost benefits from using the cloud, compared with deploying applications and workloads on internal systems.

Avery Dennison, a global materials science and manufacturing company specializing in labeling and functional materials, has a goal of making IT a core competitive advantage. One of the ways it’s doing this is by building a hybrid cloud environment designed to deliver flexible and cost-efficient tools and services to users.

As part of the strategy, the company has invested in four key cloud-first programs: digital workplace, modern telephony platforms, cloud storage gateway, and secure cloud solutions. “Together, these programs are improving scalability, cycle times, reliability, and security so our workforce can work smarter, faster, and safer,” says Nicholas Colisto, vice president and CIO.

“By creatively integrating on-premises and cloud technologies, our IT team has enabled our employees to effortlessly embrace a culture of collaborative productivity,” Colisto explains. At the same time, the initiative has driven an annual run rate savings of $5 million. “We are looking forward to a similar magnitude of cost avoidance in the upcoming years,” he says.

As part of the modern telephony initiative, during the past three years Avery Dennison has gradually replaced its legacy PBX systems with a cloud-based virtual phone system.

The program supports a broader business strategy of using capital effectively, as it avoids costly on-premises products and reduces the company’s total cost of ownership. “Our approach is to migrate sites to the cloud telephony service during the refresh cycle, largely for cost avoidance,” Colisto says.

The costs of procuring a local PBX exceedes $1.5 million, and while savings varies based on individual sites, Avery Dennison has realized a 25 percent to 40 percent reduction in costs. Today, 47 of its 190 global sites are on the cloud telephony platform.

Another cloud effort, the storage gateway, began in 2013 as the company realized the cost benefits of a cloud data backup and archival service by implementing a storage gateway into IaaS cloud computing.

“As a result of this program, we have been able to onboard security solutions more quickly, while allowing our team to focus on cyber security without having to manage the complexity of the underlying on-premises infrastructure,” Colisto says. Although there’s no measured cost benefit, the company has reduced the time to gain security enhancements from more than six months to just weeks.

“We have also achieved a higher level of protection by leveraging the shared intelligence of the security community,” Colisto says. “As a result of our hybrid cloud strategy, we are achieving the flexibility, scalability, reliability, and security to enable our digital transformation,” he says.

Riso: Upgrading the IT environment

Riso, a manufacturer of printers and digital copiers, faced a number of challenges with its existing IT environment. These included running business applications on outdated servers, storage and network hardware that didn’t deliver the needed performance, operational expenses that were too high, complexity of managing an infrastructure that spanned multiple locations, and working with multiple IT vendors and support contracts that led to significant management overhead.

“We knew it was time to make the move to the cloud, especially as it was holding us back from focusing on our core business of selling and maintaining cost-effective digital printing,” says Chris Gattoni, manager of IT at Riso.

The company worked with Apps Associates, a managed services and cloud migration provider, to migrate its on-premises applications to Amazon Web Services. First, Apps Associates executed a complete study of Riso’s existing IT infrastructure and costs.

Next, the services provider created a proof of concept and validation for moving Oracle Enterprise Business Suite (EBS) and Oracle Business Intelligence Enterprise Edition (OBIEE), as well as backup operations, to the cloud.

“We quickly realized the cost savings of this new architecture,” Gattoni says. The switch to AWS reduced total IT operational costs by 55 percent and cut its backup infrastructure costs by 35 percent. “We also were able to reduce the number of IT vendors from six to three—a huge cost savings,” he says. “Operating on AWS also allowed us to start and stop nonproduction services on demand to reduce operational costs.”

The migration to AWS has significantly improved the availability of the staff and allowed them to focus on achieving business goals.

“For example, one time we had rolled out a new product model that required testing and setting up in different environments,” Gattoni says. “In the past, we would have had to go out and source servers and set them up in a lab. With AWS, we now have the ability to spin up a server and immediately grant access to it, set up rules, and have everything complete in a week.”

Myers-Briggs, a provider of people development products and services best known for the Myers-Briggs Type Indicator assessment, has moved primary data storage, backup, and disaster recovery for its California office into ClearSky Data’s cloud-based, on-demand storage service. The company plans to do the same soon for its U.K. office.

ClearSky’s service doesn’t depend on the cloud alone, because the enormous distances between public cloud facilities and Myers-Briggs’ locations introduce too much latency, says Michael Johnson, director of global infrastructure.

ClearSky deployed a fully managed, 2U, all-flash appliance on premises, and that’s the full extent of its data center footprint, Johnson says. “Hot data, which accounts for about 10 percent of our complete data set, is cached locally to provide performance,” he says. “Both hot and warm data are stored in a nearby point of presence on the metro edge so that if the requested data is not available locally it can still be retrieved without noticeable latency.”

All data, including archives, is stored in multiple locations within the cloud for backup.

As a result of moving storage into the ClearSky service, Myers-Briggs has seen a reduced total cost of ownership for storage of at least half, a 70 percent decrease in total data center rack space, and a 75 percent decrease in colocation operating expenses.

Not including savings from reductions in employees’ time spent managing backup, storage, and disaster recovery systems—which Johnson says is substantial—Myers-Briggs expects to save $150,000 over five years on the cost of backup system licenses and storage capacity alone.

Savings would be even greater were the company not still paying for depreciation of legacy storage equipment.

An additional benefit of moving storage into ClearSky’s hybrid cloud service is having fully automated data protection and disaster recovery. “We no longer need to devote any resources to managing backup and have been able to decommission storage for backup targets,” Johnson says.

Myers-Briggs can now move compute capacity wherever it’s needed and then easily connect it to ClearSky’s storage service, which gives the company much more agility.

Accenture: Cloud is the future

As part of a digital transformation, professional services firm Accenture is completing a three-year journey to cloud. Its goal is to deliver a more scalable, reliable enterprise IT infrastructure in the public cloud.

In January 2015, the internal IT department organized a global cloud team to spearhead the move. Its first step was to develop a comprehensive plan for a rapid cloud adoption. Then it adopted new environments and services, and then it transformed IT processes, responsibilities, and capabilities to support a cloud-centric infrastructure.

Today, the company has more than 95 percent of its IT operations in the public cloud. “We believe that cloud technologies today offer new IT potential through faster, more flexible, more resilient capabilities,” says Merim Becirovic, managing director in Accenture’s IT organization.

To make an immediate big impact, the first migrations were the most costly data centers. This could have been a risky move, but Accenture used a Cloud Factory that it created to test and execute new technical migration procedures.

The team created standards for best practices and trained people on the supporting processes needed to execute a successful shift to the cloud. “The result was a smooth transition that showed immediate cost savings, securing support for future cloud initiatives,” Becirovic says.

For instance, working in the cloud allowed the firm to run multiple test scenarios prior to putting its SAP S/4HANA platform into production across the company. “We set up test environments in one day, and automated the testing of about 300 downstream S/4 application services to determine which services might be impacted,” Becirovic explains. The S/4 deployment went live in 2018.

Accenture chose to work with a small number of cloud providers for its workloads to help prove out multicloud operations, to mitigate risk, and to help compare and contrast cloud service providers.

Thus far, the shift to the cloud has helped Accenture realize $14.5 million in benefits. For example, applications that have a consistent and predictable demand now have cloud instances reserved in advance at a lower cost, which yielded $1 million in savings, Becirovic says.

“But the benefits move beyond cost savings, and if that is your only goal, you are missing out on other opportunities for innovation,” Becirovic points out. “Our provisioning times have dropped by 50 percent in some cases. With a more flexible and scalable infrastructure, we can also deliver new services to stakeholders more quickly.”

This story, “Yes, you can reap cost benefits from the cloud” was originally published by